Wrangel Island
World Heritage Site and birthplace for polar bears
The unique island is located in two hemispheres. The 180th meridian passes through the island, so it lies in both the Western and Eastern Hemispheres.

It's one of the windiest places on the planet. The wind here can reach 40 m/s, and wind-free days are very rare. Even when it's calm in one place, there is a heavy snowstorm in another.

The weather is harsh. At the coast, the weather is less cold during the winter thanks to the sea, and temperature "only" drops to –30 °C. In the central part of the island, however, it gets as cold as –50 °C. During the summer, the temperature hovers around +2 °C, but it can get up to +20 °C in the mountains (about two-thirds of the island are occupied by mountains of over 1,000 m above sea level).

Here scientists have found traces of some of the most northern camps of ancient people.

Moreover, it is believed that Wrangel Island is a fragment of ancient Beringia—the land that connected Asia and America many thousands years ago

Interestingly enough, mammoth remains found on Wrangel Island showed that those mammoths outlived their mainland counterparts by 7–8 thousand years. Here they became extinct only 3.5 thousand years ago, at the times of the Ancient Egyptian and Ancient Greek civilisations. 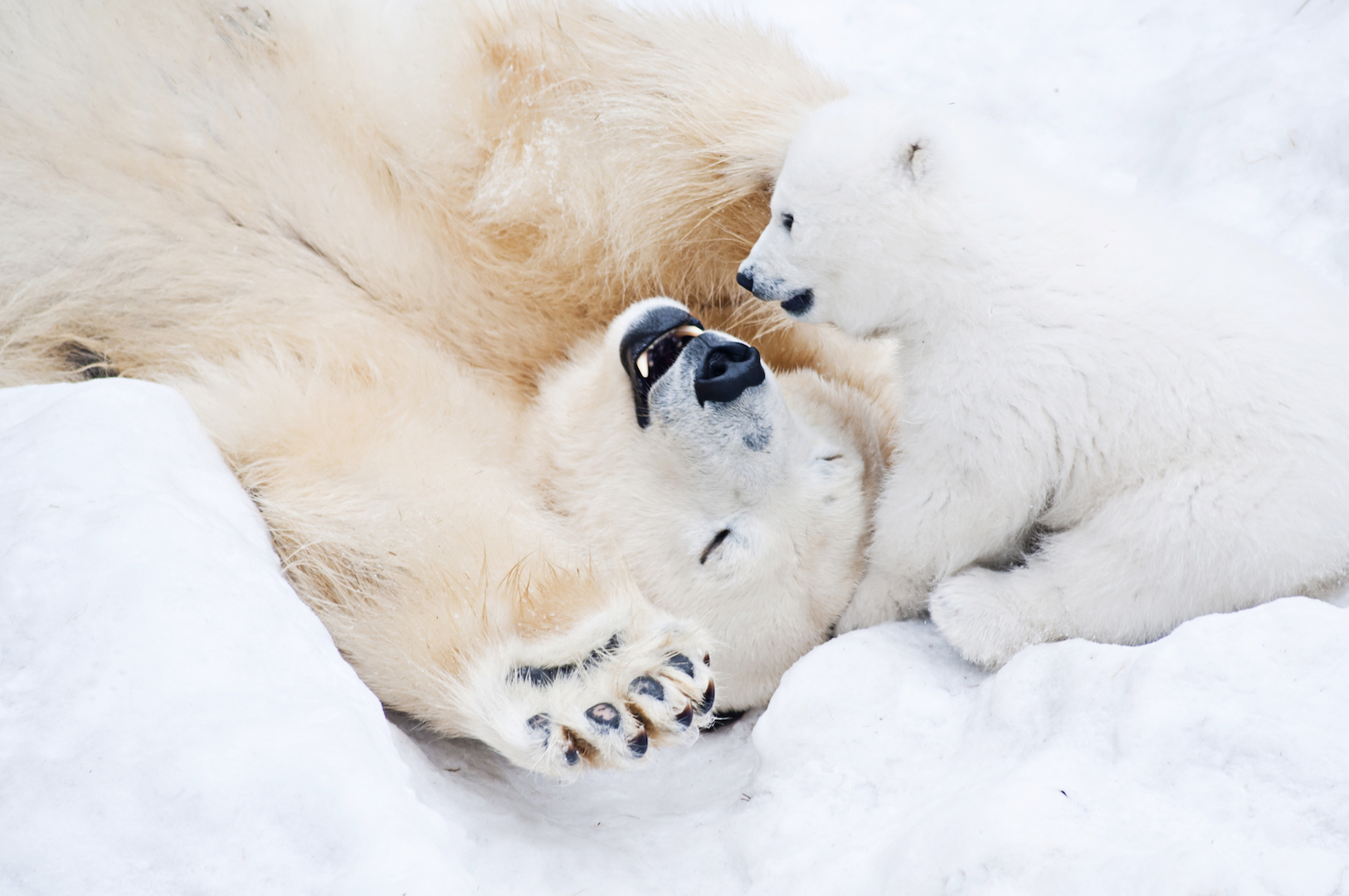 This Arctic pearl is sparkling in a crown of polar ice. In addition, the true owners of this place are the wild animals.

First and foremost, Wrangel Island is known as a place where polar bears give birth to their cubs.

Every year, up to 500 dens on Wrangel and Herald islands serve as "birthing centres". There can be 4–5 lairs per square kilometre on the most convenient snowy slopes. Bears build so many dens here because the islands are isolated and surrounded by ice. In the end of summer and autumn, large numbers of polar bears live on the southern ice belt that passes nearby. In September–October, pregnant bears move to land in search of good places for their dens. Cubs are born in December, and in March–April bear families go back to the ices.

There are especially many bears on the coast in late summer and autumn when the Chukchi Sea is completely devoid of ice.

That's when they hunt walruses that gather in rookeries on capes and spits which jut into the sea.

A bear cannot kill an adult walrus, so the predators usually hunt the calves. The most seasoned hunters choose the safest method: they scare walruses away, and the animals rush into the water in panic, causing each other serious injuries. 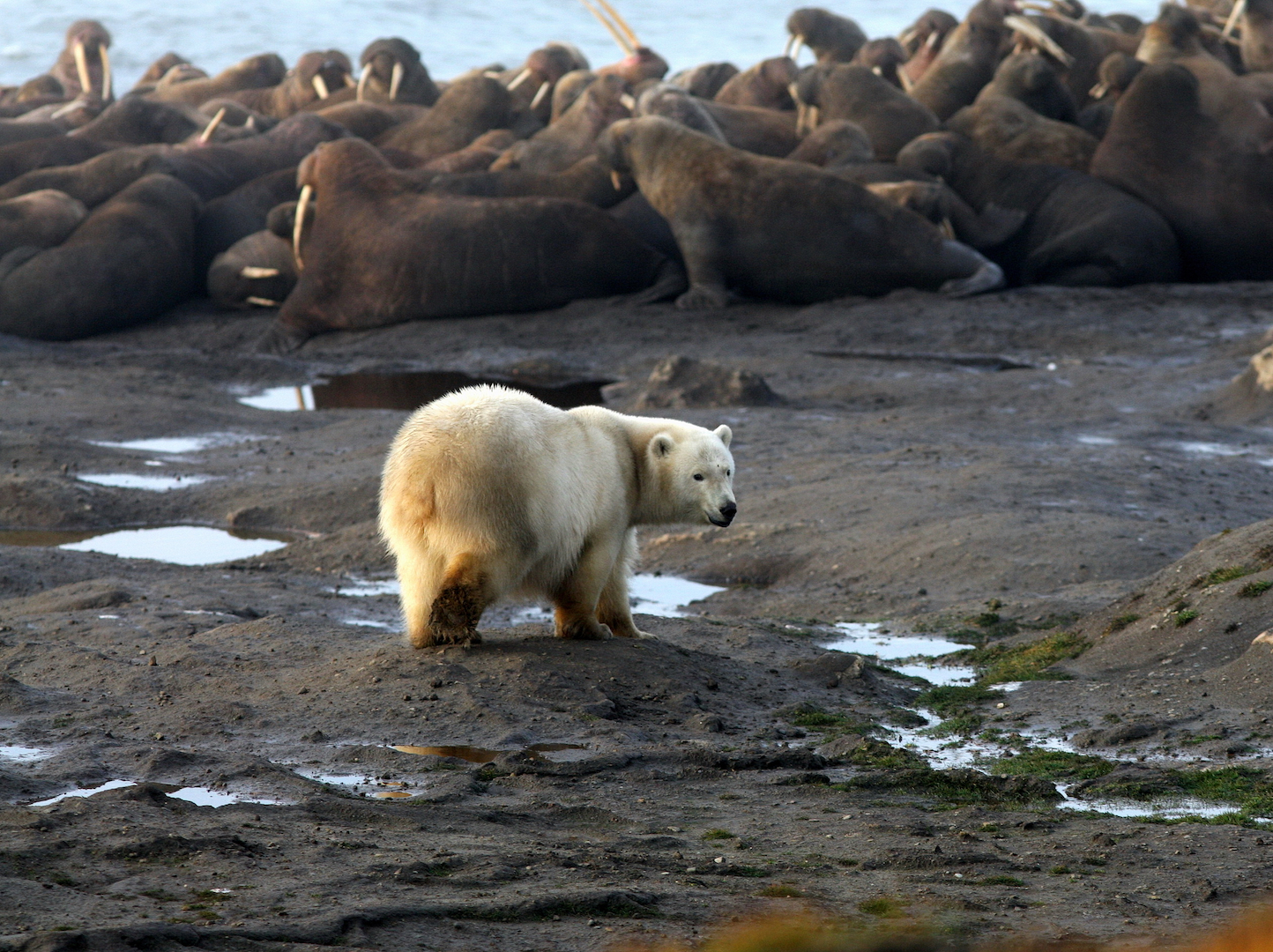 Another favourite prey of these white predators are seals.

Pacific walruses breed in the Bering Sea, but in the summer, they migrate to the Arctic waters where they make a huge rookery. In August, these large animals are resting here on the ice. Most of them are females and calves.

That's why Wrangel Island is often called a "walrus kindergarten".

Another interesting inhabitant of the island is the muskox. Muskoxen were introduced from Alaska in the 1970s. The animals have settled in quite well, and there are currently over 600 muskoxen on the island. 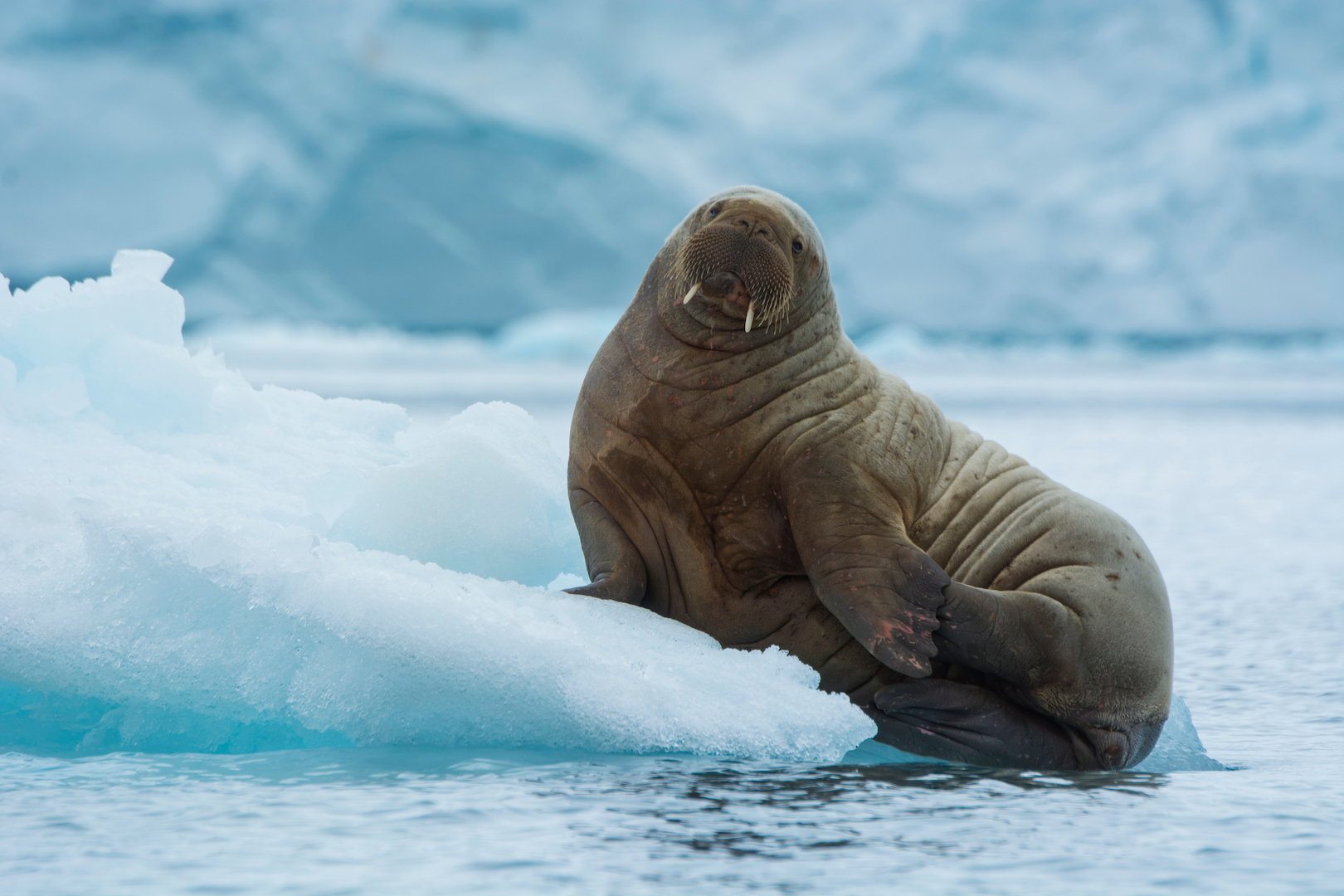 According to the nature reserve employees, muskoxen rarely approach the coast and prefer to stay on the central part of the island. As such, the bears and muskoxen have divided their common habitat among themselves.

Wrangel Island is a "birthplace" not only for the large predators but also for other animals and birds. This is the preferred breeding location for Arctic foxes and snowy owls. The island also hosts the largest breeding centre of seabirds in the Eastern Arctic. There are approximately 170 bird species on the island and over 50 of those nest here.

This is a true Arctic treasure island with maximum polar exotics in a limited space.

Wrangel Island is located in a remote Arctic region with no regular connection to the mainland. Moreover, it is a specially protected nature area which means a permit is required for visiting. You can apply for a permit at www.ostrovwrangelya.org. 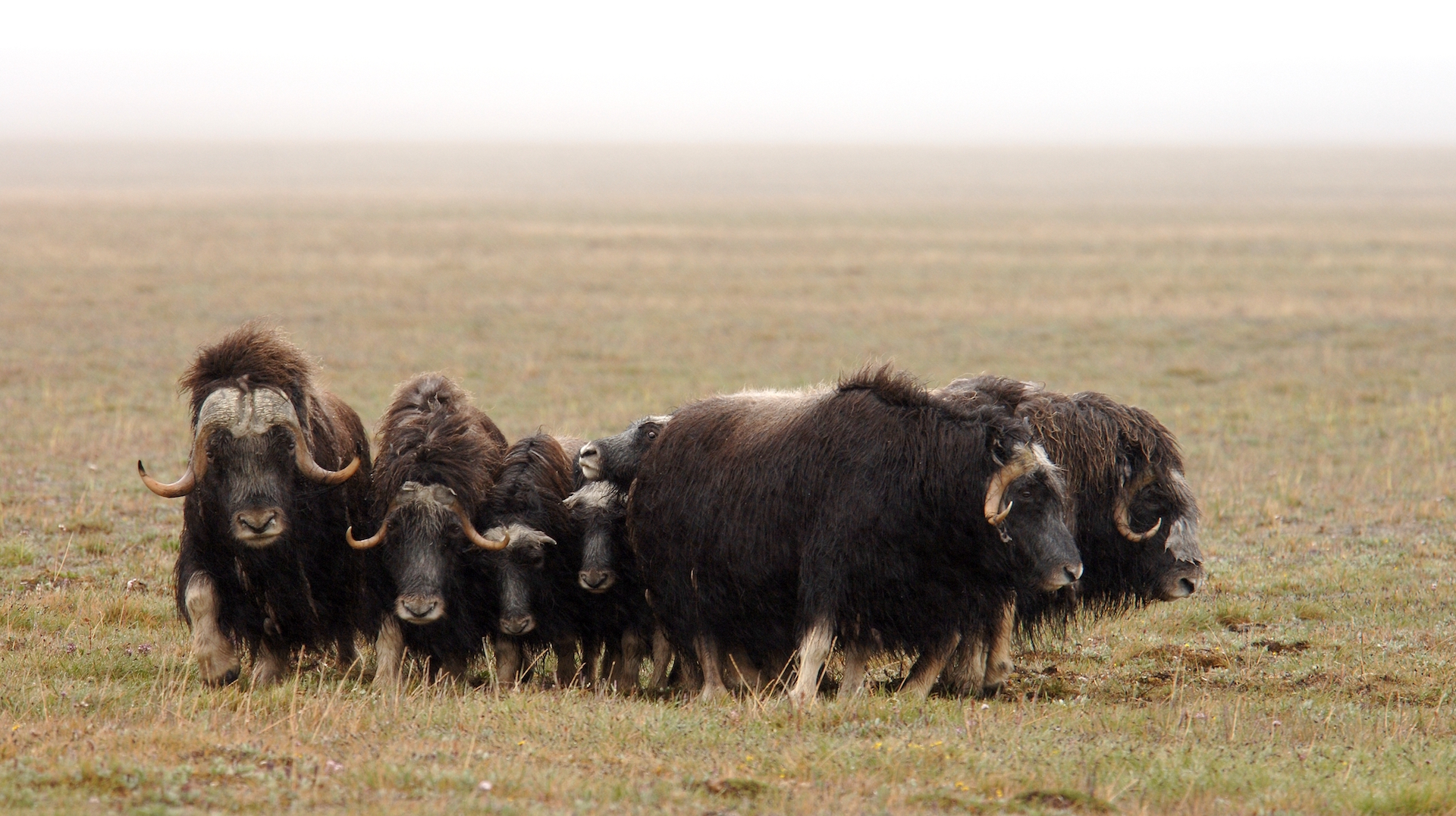 Each group of tourists is accompanied by employees of the nature reserve. During the land trips, visitors can stay in guests houses located in the Somnitelnaya (Doubtful), Tundra Peak, Neozhidannaya (Unexpected), Waring, Krasny Flag (Red Flag) cordons.

The nature reserve has created 9 eco-routes for tourists.

Some are quite short—21 to 50 km—and include a visit to an ancient Eskimo camp at Chertov Ovrag, the 180th meridian, Somnitelnaya Spit and Krasin Bay. Such trips involve travelling by quads and ATVs. They take place from July until October.

Longer and more challenging routes range from 100 to 550 km and are only recommended for experienced travellers who are prepared for the harsh weather conditions of the Arctic. They travel by ATVs. The best period for such trips is from the beginning of August until the end of September. Travellers going on such expeditions will get a chance to see Tundra Peak, Krasny Flag (Red Flag), Srednyya Neizvestnaya (Mid Unknown), Neozhidannaya (Unexpected) and Srednyya Somnitelnaya (Mid Doubtful) cordons, Komsomol Lake, Ptichy Bazar (Bird Colony) Cape, Gusinaya river, Cape Waring and more.

The town closest to Wrangel Island is Pevek. By helicopter, it takes 2–2.5 hours to get there from the nature reserve. 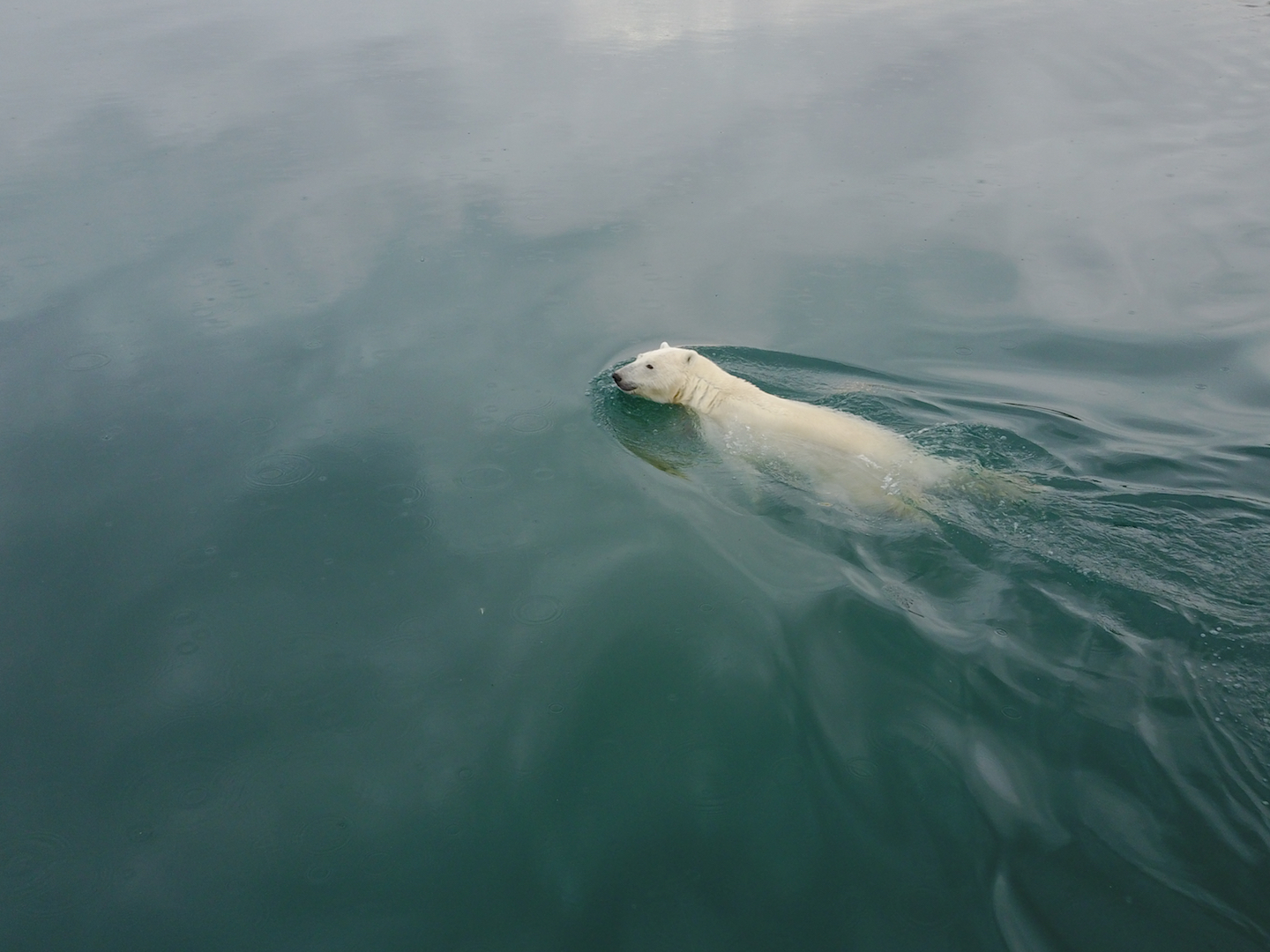 The easiest way to visit the nature reserve is to buy a tour package from one of the tour operators who organise annual cruises across the Bering Strait to the island—from the end of July until mid-September.

A cruise is the best opportunity to complete a loop route around Wrangel Island and includes an approach of Herald Island. There will be plenty of land trips during the cruise.

Cruise routes around Wrangel Island may also include visits to Kolyuchin Island, the Diomede Islands, Cape Dezhnev, the Uelen settlement and Anadyr. Travellers will also get a chance to witness the daily lives of Chukotka reindeer herders and visit the mysterious Whale Bone Alley.

When packing for your trip to Wrangel Island, make sure to take the right kind of warm clothes and accessories (waterproof and windproof jacket and trousers, thermal underwear, gloves, hat, sunglasses and sunscreen). Also, remember to pack waterproof bags for rafting to store your belongings and equipment. 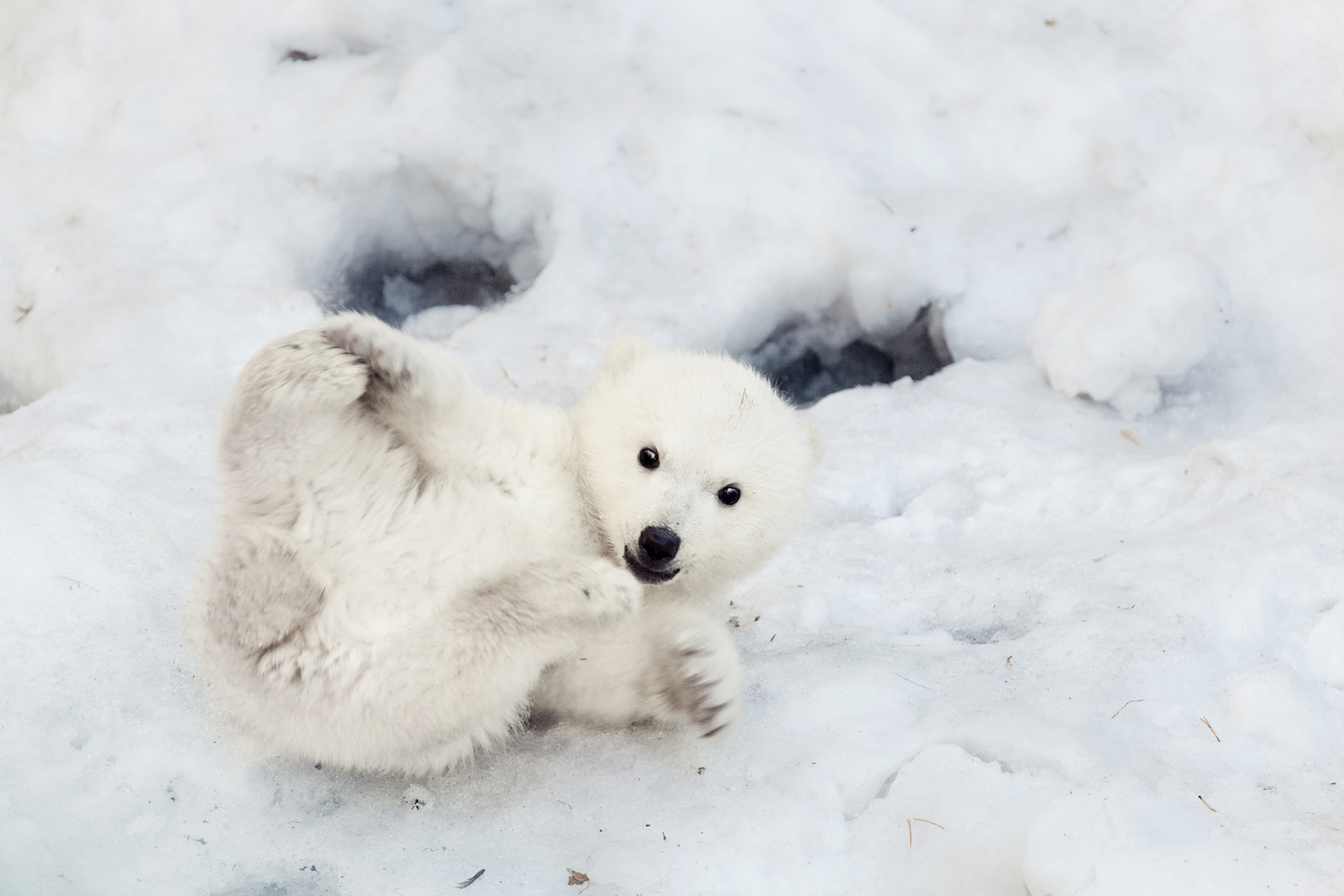