What to Take Home from Chukotka
Chukotka is a rather unusual destination
And quite naturally, you will want to take home something really special and extraordinary from a trip to this region of the Russian Far East. So, what are the main treasures you can bring home from Chukotka?

Chukotka craftsmen are renowned for their bone, walrus tusk, and antler carvings. This craft, traditional for the Chukchi and the Eskimo, goes back centuries. Their works are intricate and original. You can buy souvenirs in many Chukotka settlements (the best craftsmen are said to be those from Provideniya, Novoe Chaplino, Egvekinot, Lorino, Pevek).

The first bone carvings date back to the 3rd century. The Eskimo decorated their combs, harpoon tips, and knife handles with carved reliefs and patterns. In the 7th century, the patterns featured more geometrical shapes, the first narratives made their appearance, such as episodes from legends, as well as animals. By the early 20th century, the art becomes decorative in the true sense of the word with local craftsmen creating souvenirs for sale. In the mid-20th century, a gradual shift occurred from static to more complex, dynamic, detailed, and lifelike images. Among the most depicted scenes were hunting, everyday life, and episodes from folk tales and myths.

A popular souvenir is a figurine of the smiling god Billiken made from walrus tusk.

He is conventionally depicted as having big ears, a big round belly, and long arms. People believe that when you rub Billiken's belly clockwise, his smile widens and this brings you luck and prosperity. 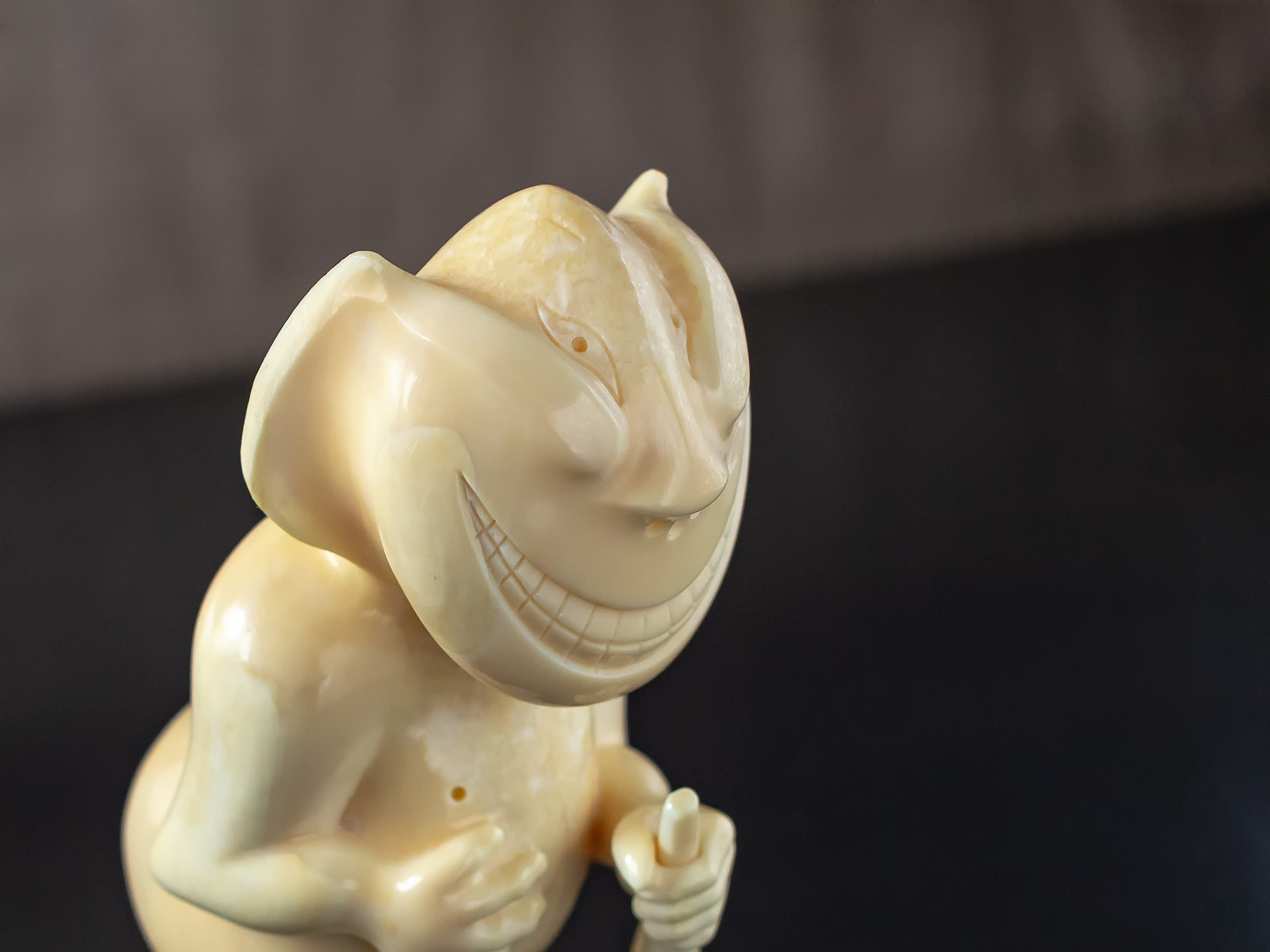 Authentic traditional torbasa boots and the traditional kukhlyanka coat with fur and colourful embroidery not only keep you warm but also look fabulous. Several kinds of torbasa exist, the main differences being the materials used to produce the boots. They are made of reindeer skin or sealskin and use grass for the inner sole, among other things. Another type of traditional footwear is called pleket. They are knee-high boots with straps tied at the top and around the ankles to prevent frostbite.

The kukhlyanka is made of roe fawn or seal puppy skins. Generally, it consists of two pieces, outer and inner, with fur on the inward and outward sides. This coat is tied with a belt, and its bottom, cuffs, and collar are lined with fur. You can also buy fancy gloves made of dyed chamois and decorated with colourful embroidery. Another common way of decorating clothing is the use of fur patchwork in contrasting colours or bright beading. If you want to buy some accessories, have a look at the metal sunshine pendants. 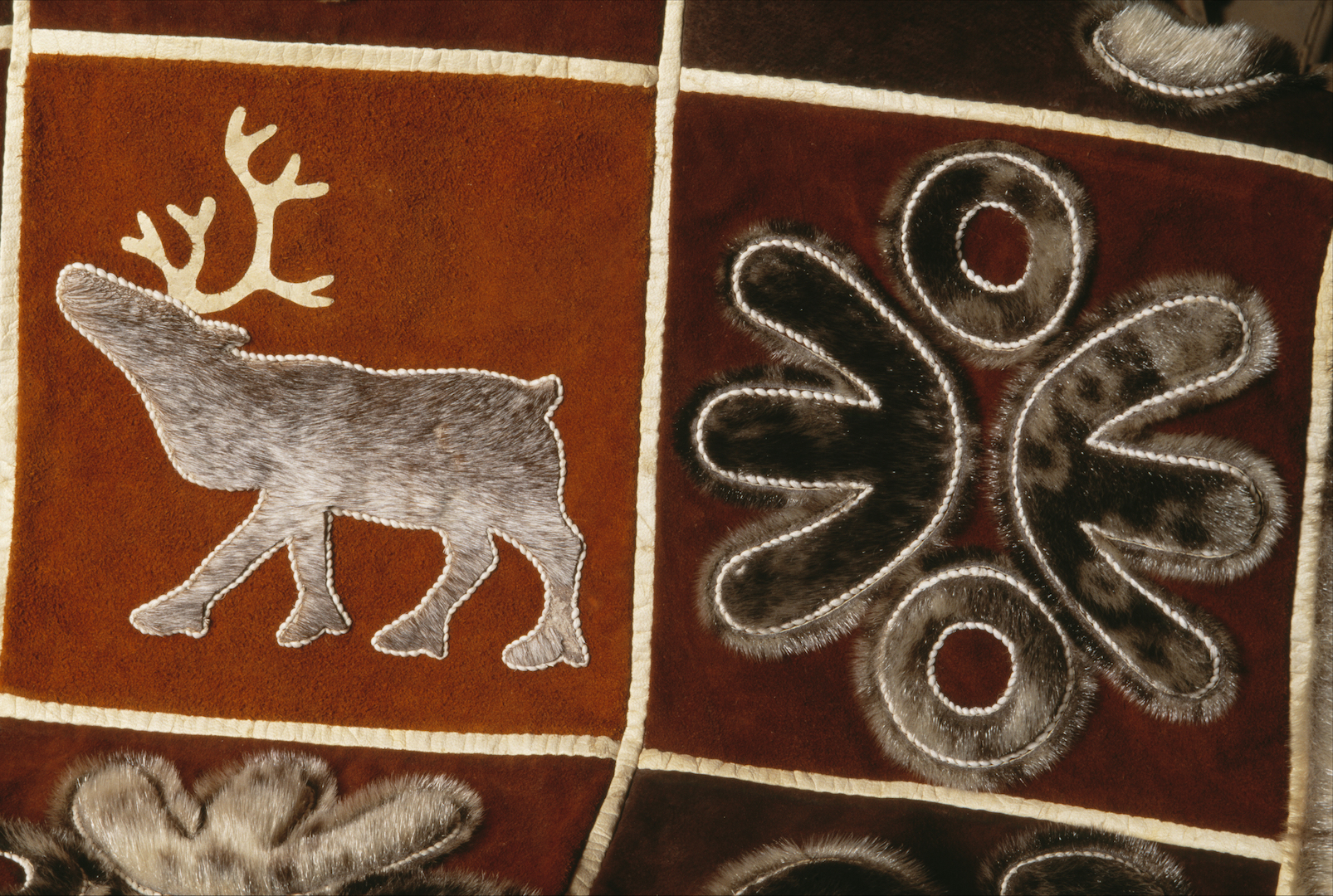 A traditional Eskimo ball makes quite an exotic souvenir to bring back with you from Chukotka. The ball is made of deer skin and decorated with a bright pattern.

An old legend has it that one day the raven Kutkh entrusted all the wisdom of mankind to a woman. When the time came, she sewed a ball and gave it to her granddaughter, along with her knowledge. This tradition lives on: the balls are passed down, generation after generation. The balls are sewn during long winter evenings. According to tradition, the first time the ball is played with is the start of a new hunting period.

The top of the ball represents the heavens; the bottom, the underworld; and the four sides stand for the four seasons and cardinal directions of the middle world where we, humans, live.

When people throw the ball, they send good wishes to each other, and the noise made by the pebbles inside the ball is believed to ward off evil spirits.

To prolong the flavour of your trip to Chukotka, you can take home some of the region's signature delicacies. Here you can buy fish and venison speciality products. Venison comes in various states, frozen, smoked, tinned, and as sausages.

When it comes to fish, first of all, look at the smoked salmon and smelt. The region is also known for other types of delicious fish, such as thymallus, burbot, muksun, to name a few. A major delicacy of the Russian Far East is crab, which is caught there even in winter. Chukotka crabs are relatively small in size; however, sometimes local fishermen are lucky enough to catch a bigger species, such as the Kamchatka crab.

Another thing to take home with you is several tins of red caviar. The most popular types to buy as souvenirs are humpback salmon, sockeye salmon, chinook salmon, and chum salmon caviar. They differ in size (the diameter of the eggs varies from 3 to 7 mm) and in colour (from light orange to dark red), as well as in taste (from slightly salty to pleasantly intense or slightly bitter).

When choosing caviar, bear in mind that the egg colour should be homogeneous, with no bubbles or white bloom. The eggs shouldn't be cracked, too sturdy, or too salty. Make sure that the package is not damaged nor expanded. 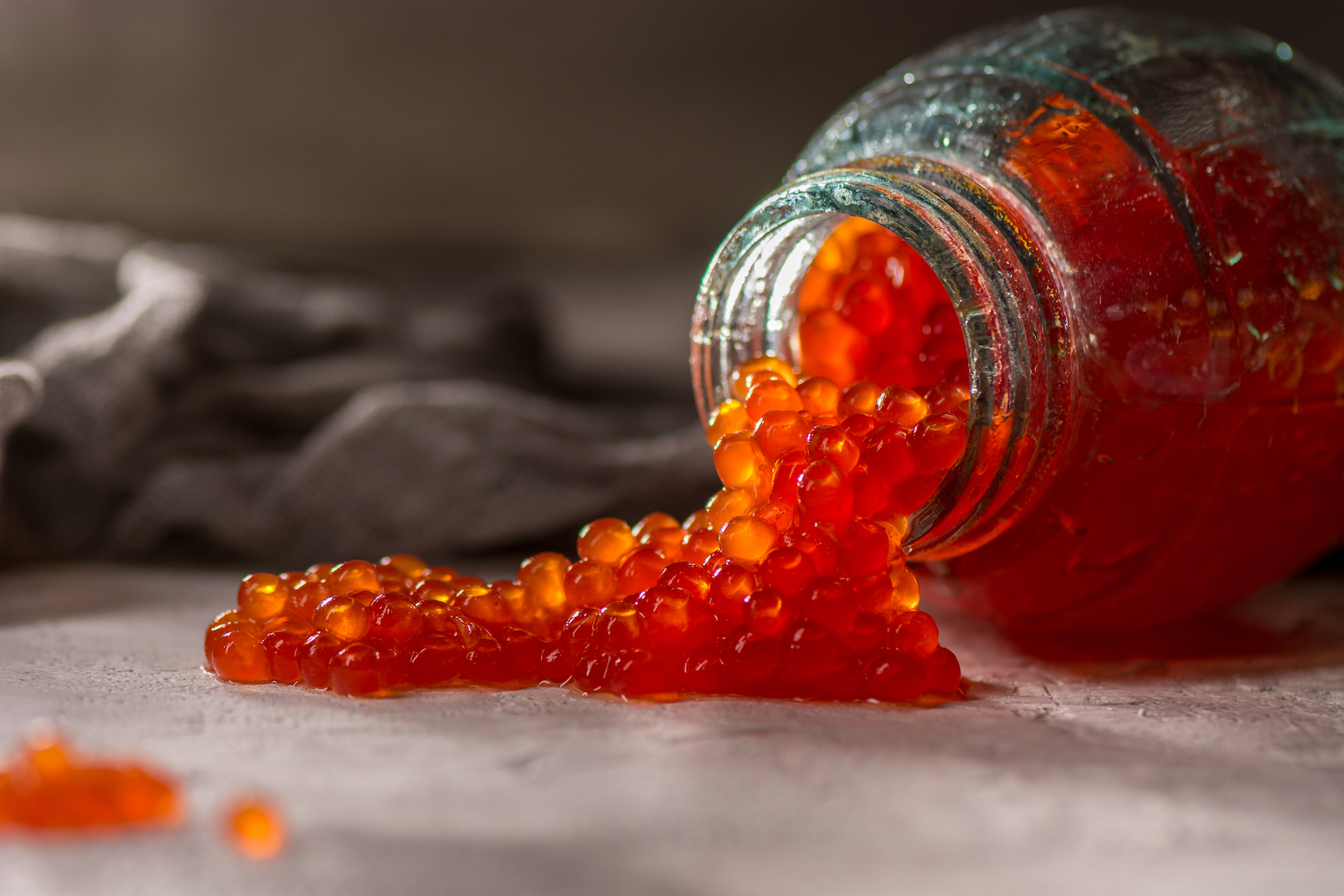