Whale Bone Alley
A mysterious sanctuary on an inhabited island
An ancient Eskimo sanctuary and "Chukcha Stonehenge," Whale Bone Alley is supposedly the most enigmatic place of the Far East.

It is located on the inhabited island of Yttygran, where the steep rocky coast plunges straight into the Bering Sea.

As travelers come closer to the island, they get a magnificent view:

crooked bones and horrific skulls of bowhead whales, whitened with time, against the background of grass and sky.

Discovered by Soviet archaeologists in 1977, this monument to ancient Eskimo culture would be a very good setting for a fantasy movie.

The alley is just huge: it runs up along the coastline for about 500 m, and it has a complicated structure. The closest row to the shore is made of whale skulls embedded to the ground. Each of them is more than 2 m large, and they protrude 1.5 m above the earth. The next row is made of jawbone pillars. They rise to a height of almost 5 m above the ground, while the length of the underground part is about 0.5 m. Each pillar has a diameter of 0.5 meter.

The mass of such a jaw bone is 250–300 kg. It would require several grown men to put place it into the ground.

Between the rows of skulls and bones, there are about 150 meat pits.

A 50 m stone road passes from the meat pits along the hillside, leading to a flat round platform. In the middle, there is a huge flat boulder and a stone hearth bearing traces of ash.

Archaeologists believe that the Whale Bone Alley was constructed by a predetermined plan, as it forms a regular geometrical pattern.

The skulls are placed in groups of two and four. They are dug into the earth nose first, so that the massive occipital area would protrude from the ground. At the same time, archaeologists have found very few ribs or vertebrae on the island, which means it was not the place where the whales were slaughtered. Some skulls have holes in them. According to some scientists, the skulls could have been transported to Yttygran after being stripped of flesh.

But why would someone transport whale bones from far away?

Many researchers assume that the Whale Bone Alley was a central sanctuary of a large association of scattered Eskimo communities that were living on and around the Senyavin Strait shores. It’s not impossible that the island was visited by other northern peoples from St. Lawrence Island, which now belongs to the US.

Scientists believe the Alley was erected in the 14th century, when the whaling cultures of the Bering Strait reached their golden age. 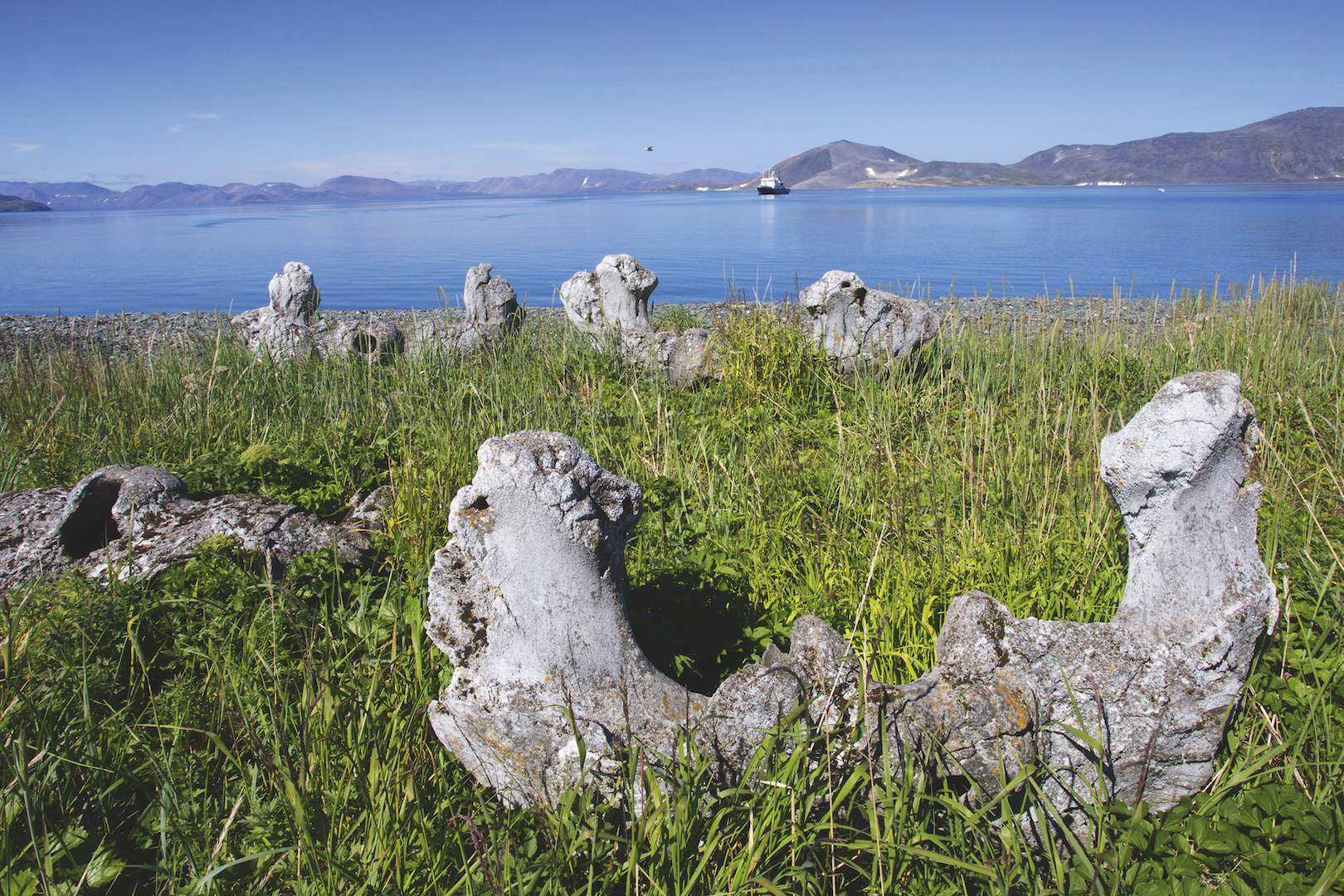 No objects of daily use have been found around Whale Bone Alley. It means that at those times the island remained inhabited. Those who erected the Alley didn't live there, and when they came, they did not stay for long.

That’s why archaeologists are of the view that the structure was created for religious purposes. The sea people performed rituals for the dead; the whale jaws and stone rings could symbolize their ancestors’ souls.

Legend has it that Yttygran was a common battleground for flying shamans.

But what they fought for, and what the rules were, no one knows. The island might also have witnessed rites of passage or hunters’ competitions.

Besides, they could store and divide their hunt on Yttygran. Whale meat, blubber, and skins were put into the meat pits where the cold climate kept it well-preserved for a long time.

However, this is just speculation, and we do not possess any exact information as to what purpose the Whale Alley originally served.

The Whale Bone Alley is believed to have maintained its significance for almost two centuries. In the 16th century, however, it became much colder, and whaling went down, as whales migrated to warmer waters. As a result, the sanctuary was abandoned and forgotten. The local tribes have been silent on the mysterious island.

No clue can be found in myths and legends.

The whalers’ descendants seem to forget everything about rites and customs of the past. As for the natives, the Eskimo and Chukcha knew about the Alley, but they had no idea what purpose it could be serving.

It’s almost like the sanctuary was deliberately forgotten: it remained in oblivion for hundreds of years.

The Whale Bone Alley is a part of Beringia National Park. The easiest way to see it is to take a sea cruise. Another option would be to take a flight from Anadyr to the village of Provideniya, then set off to Yanrakynnot, which is 85 km away (by rover, helicopter, or motorboat), and finally cross the strait. 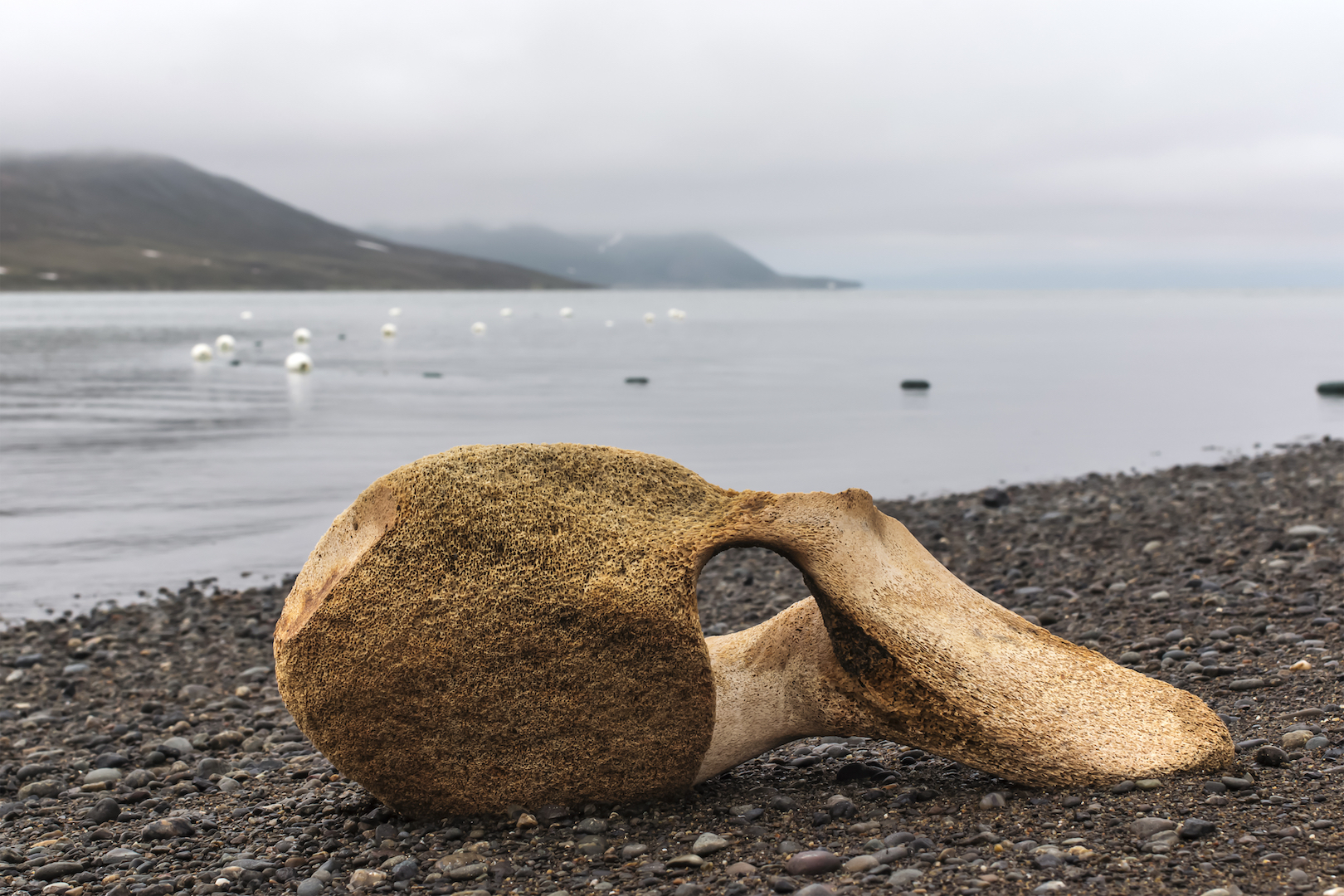