The Real Arctic
Top-10 Chukotka sights
Chukotka is Russia's ultimate edge, its most eastern part. It boasts the Old World's easternmost point. However, Chukotka's records do not end there.
1

Anadyr is Russia's easternmost city. As it is located in the permafrost area, all of its constructions are built "on legs", i.e. raised above the ground. It can also be referred to as one of Russia's most colourful places. Almost all the buildings here are brightly coloured. Due to the harsh weather conditions, the painting on the facades has to be refreshed every five years.

The city houses the world's largest statue of Saint Nicolas the Wonderworker. Towering over the surrounding buildings, this 10-metre-high monument can be seen from afar both from land and water. 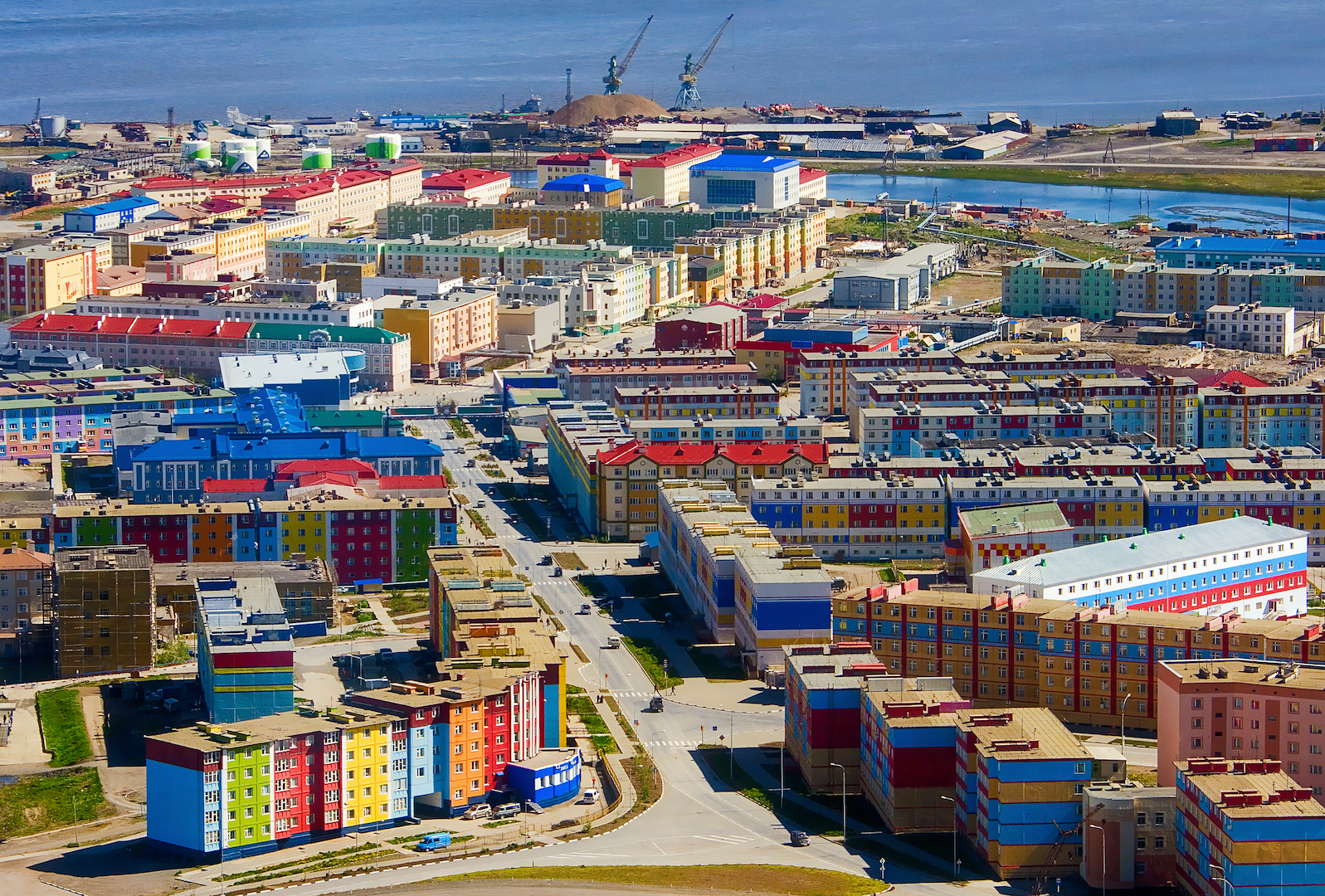 Wrangel Island is the northernmost UNESCO World Heritage Site. It is located about 500 km to the north of the Arctic Circle.

Wrangel Island and the nearby Herald Island are considered the main "maternity ward" of the polar bears.

The area boasts the largest concentration of bear dens in the Arctic and the world. Bears build so many dens here because the islands are isolated and surrounded by ice. Wrangel Island is a true "capital" of polar bears.

Besides, it features large coastal seal rookeries in the Arctic. In the southern part of Wrangel Island, thousands of species can be observed simultaneously.

These areas have the largest and most stable snow goose nesting colony in Eurasia and the largest sea bird colonies in the Eastern Arctic.

The Island is included in many cruise routes around Chukotka. 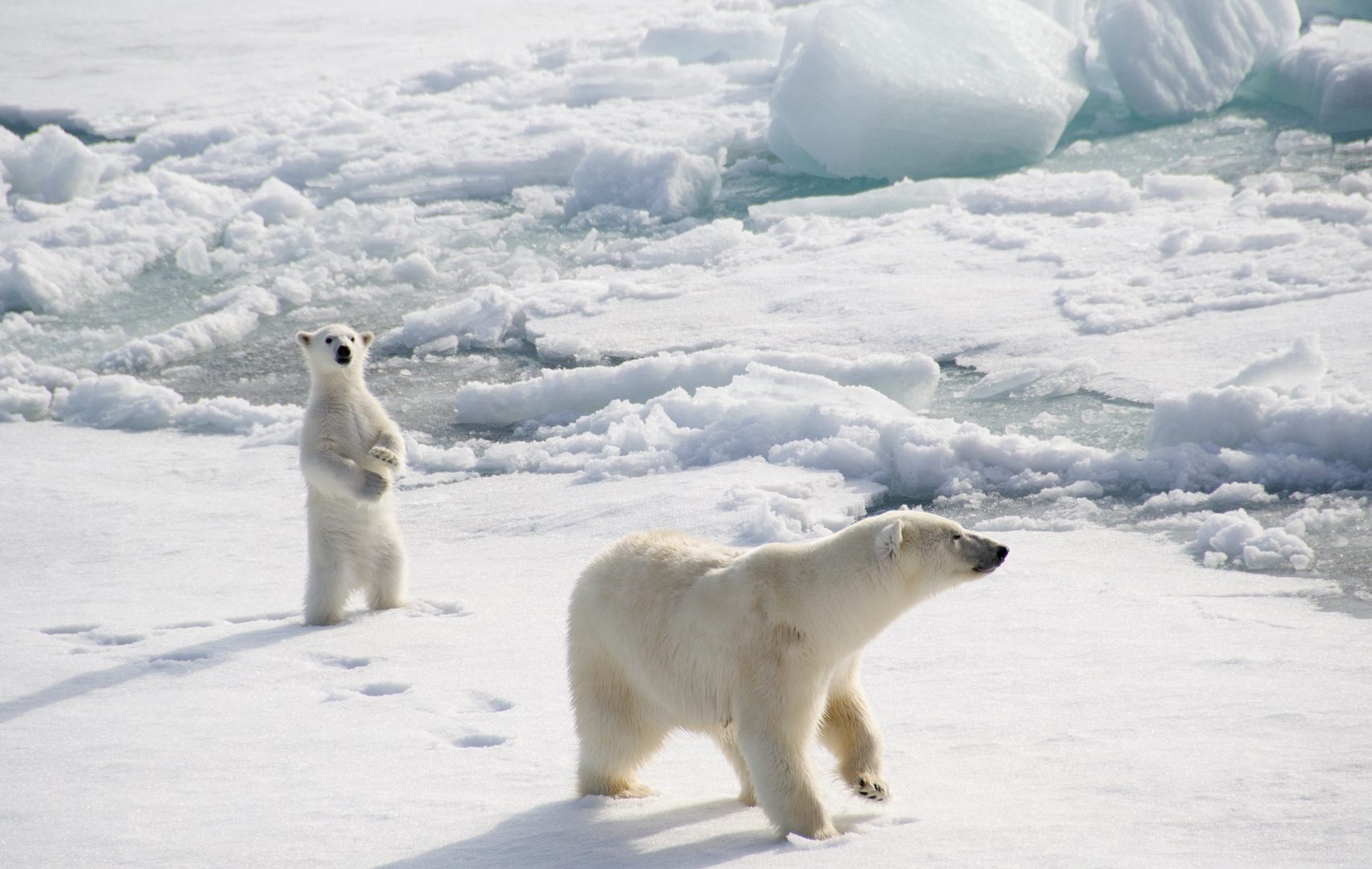 Cape Dezhnev is the easternmost mainland point of Russia and Eurasia. This is a flat-top rocky massif with steep precipitous cliffs. The cliffs are up to 740 m high.

It is remarkable that there is geographic nonsense about this place. Russia's easternmost point Cape Dezhnev lies in the Western Hemisphere.

Since the Bering Strait separates two continents and two oceans, this place is ideal for watching sea animals and migrating birds. 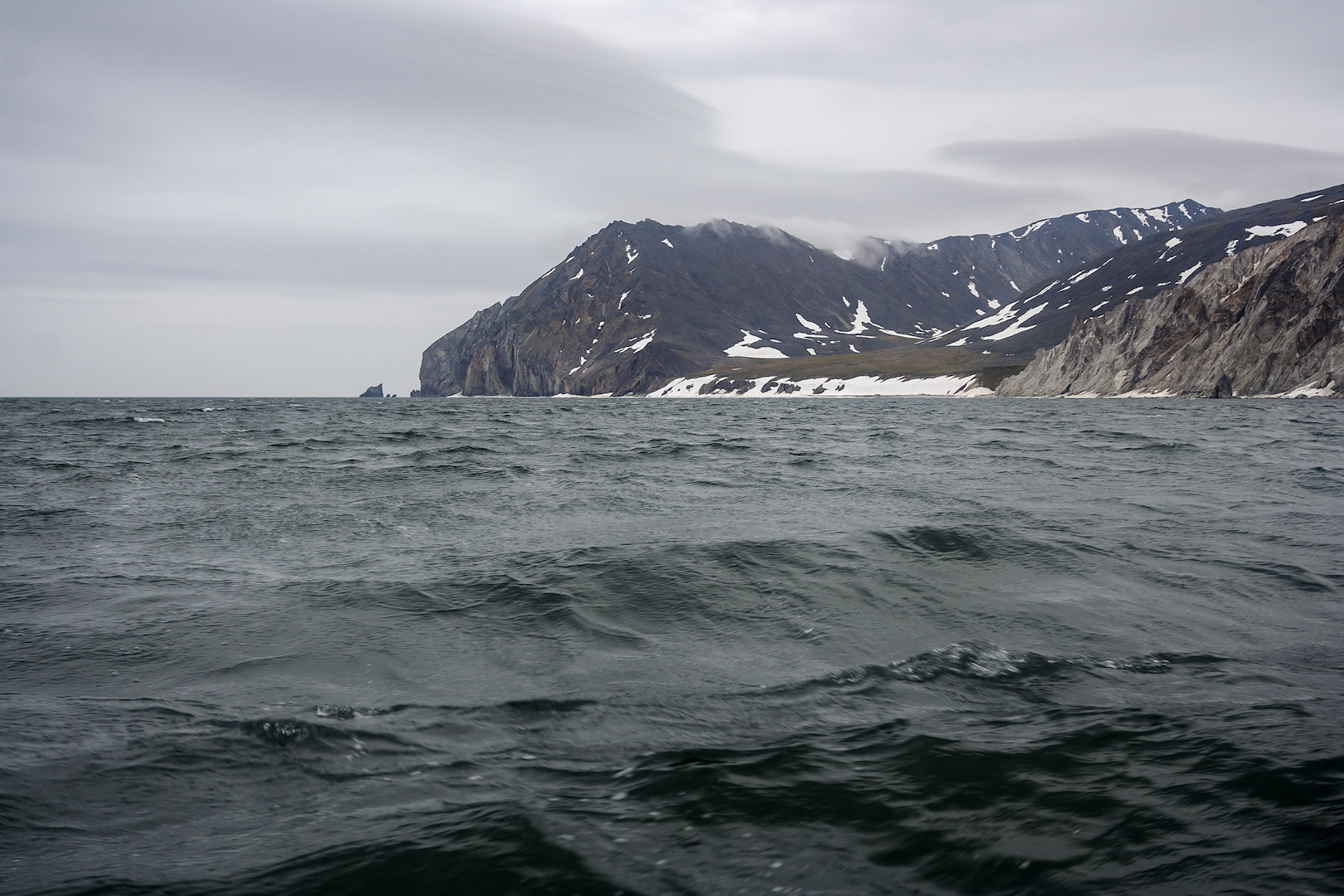 The Pegtymel petroglyphs are the world's northernmost rock art. These unique drawings were discovered in the lower reaches of the Pegtymel River.

They depict hunting and life of the ancient people. Deer, both single and in herds, are the most widely represented. Sometimes, the ancient people just drew animal tracks. Hunting a swimming deer from a kayak was a popular motif, with a hunter striking the deer with a harpoon. Bears, whales and seals were drawn less frequently.

But the most bizarre and unique were the images of the mysterious people-toadstools.

These are people in mushroom-like headwear, as if frozen while making quirky dance moves.

That said, there can be multiple mushroom caps. Sometimes, they replace the head altogether.

The Northern people traditionally used toadstools as a remedy, while shamans used them to enter into a trance in an attempt to enter other worlds.

To reach the Pegtymel petroglyphs, you will have to travel on cross-country vehicles from the town of Pevek. 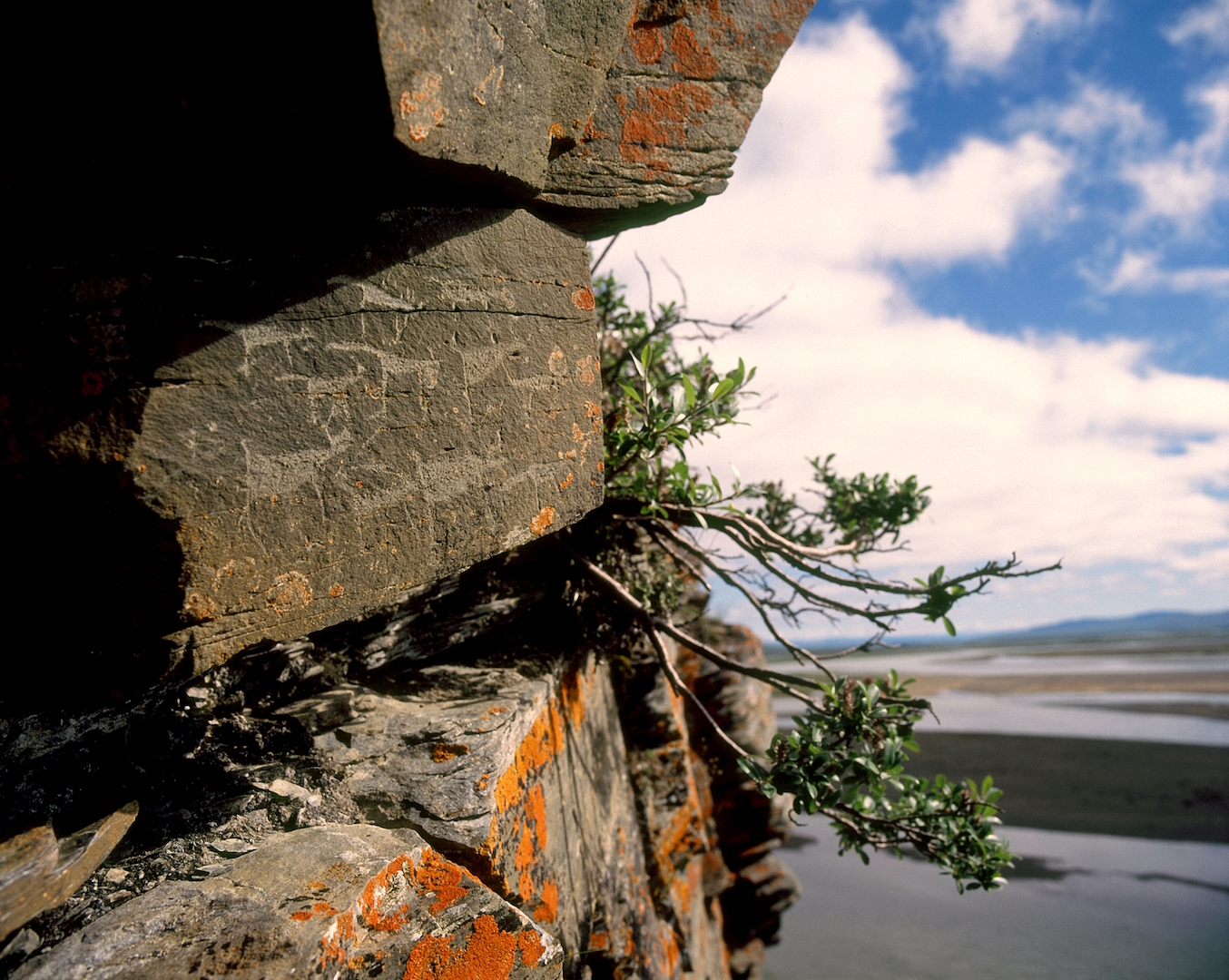 The Diomede Islands are located in the centre of the Bering Strait, about 35 km from the mainland. They were first sighted by Semyon Dezhnev in 1648. Then, in August 1728, Vitus Bering reached the western island. This occurred on the day on which the Russian Orthodox Church celebrates the memory of Saint Diomedes, hence the name of the islands. After Russia sold Alaska to the United States, the Diomede Islands were separated and renamed. The one that lies to the west — Ratmanov Island — originally called Big Diomede, belongs to Russia, whereas the one to the east — called Krusenstern Island or Little Diomede — belongs to the USA.

Ratmanov Island is the easternmost point of Russia.

It hosts one of the largest bird rookeries in the region. 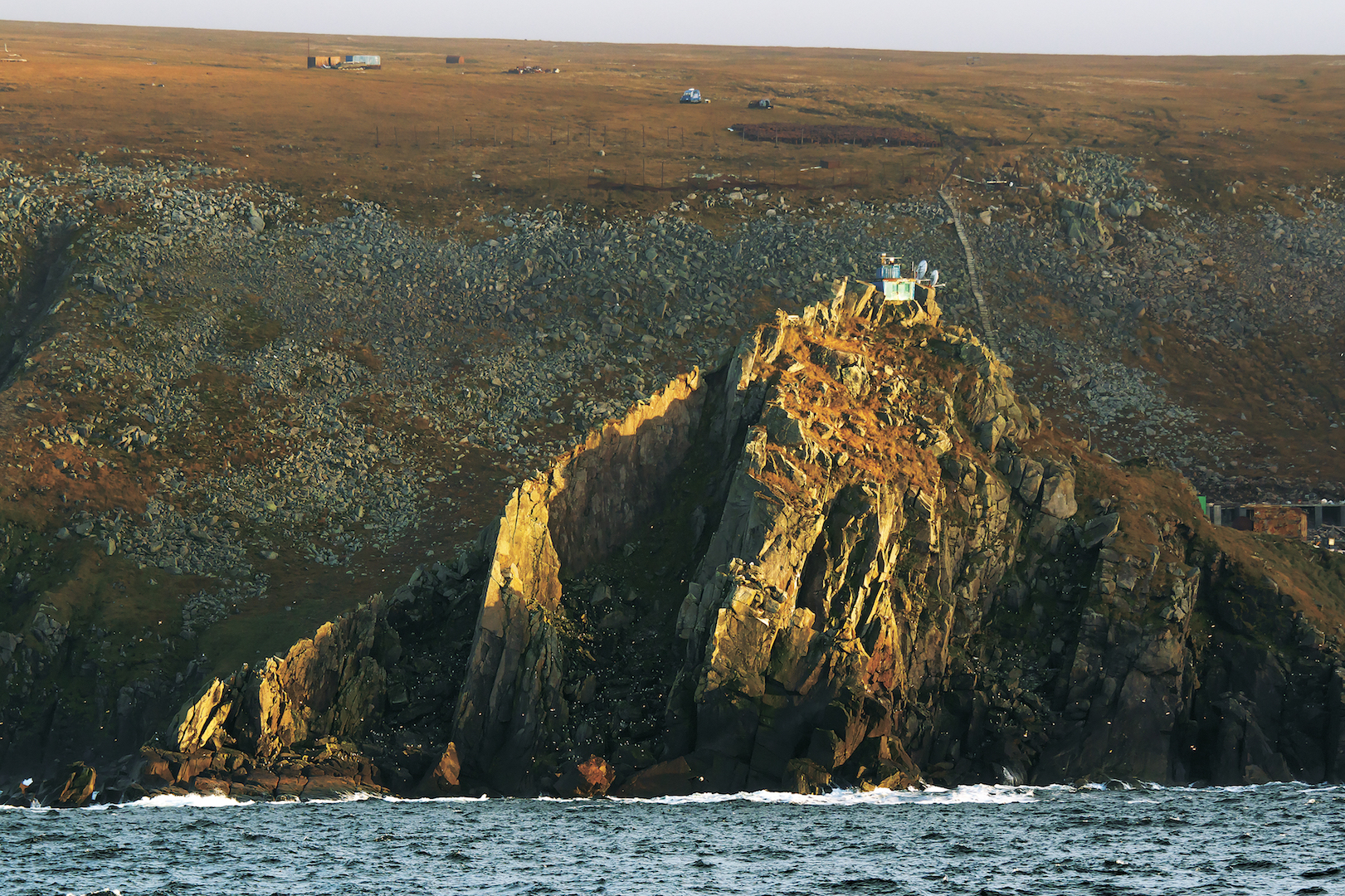 The village of Lorino is considered to be Russia's whaling capital.

Marine mammal hunting is the main activity of Lorino's community. This includes pusas, walruses and, naturally, whales. The village features on many routes of local tour agencies. The programme can include witnessing hunting for these gigantic animals, taking part in the dressing of a carcass as well as sampling whale-based dishes.

Not far from the village are the best equipped and easiest-to-access springs on Chukotka — the Lorino hot springs. Two bathing spots are provided. The water in the hot springs reaches up to 60°С.

Not far from Lorino, at the Mechigmen Spit, there is a site resembling Whale Bone Alley, though less popular — the ancient settlement of Masik. It also features pillars made with the bones of bowhead whales and grouped whale skulls. Masik can be reached by motorboat. 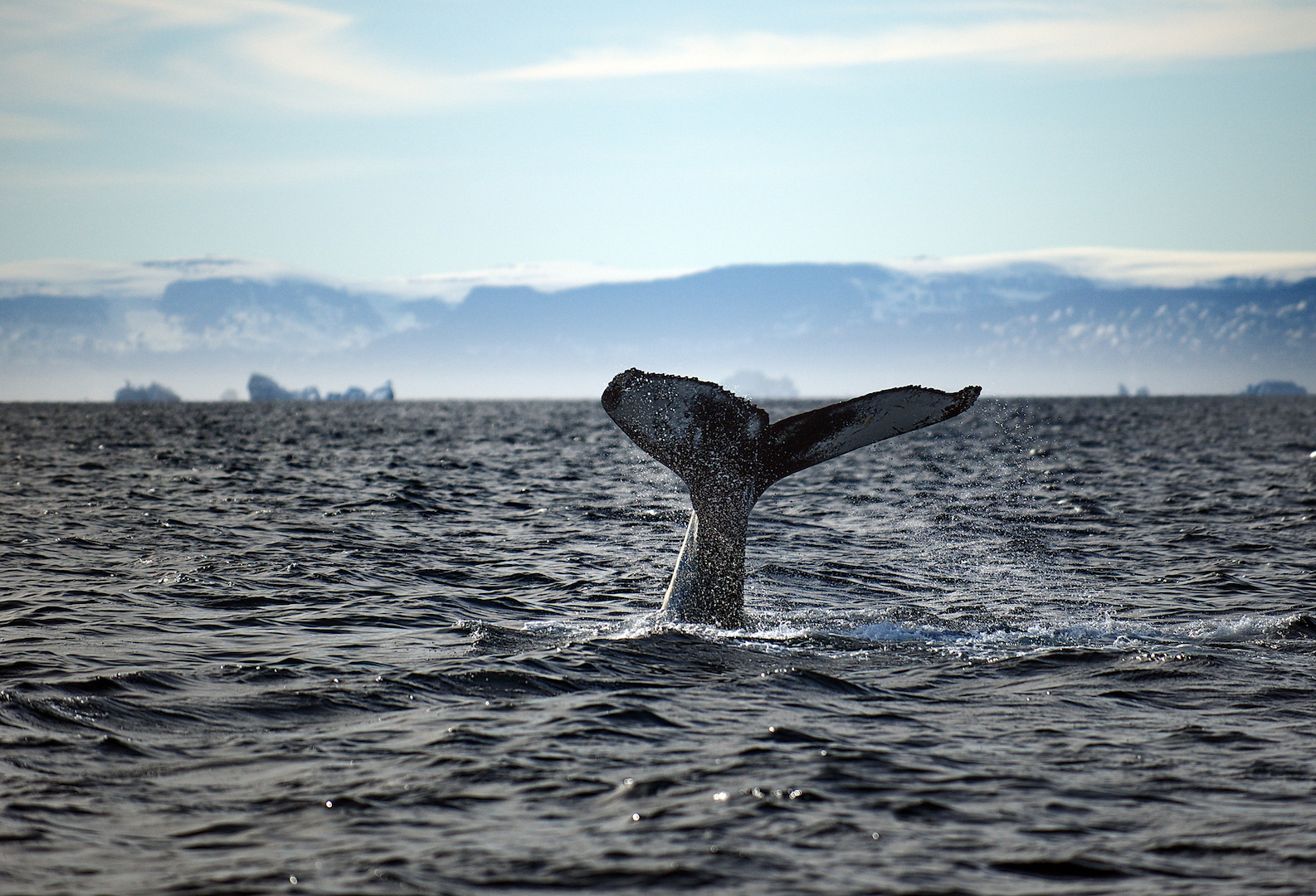 The village of Uelen is the easternmost settlement in Russia and the whole of Eurasia. It is located close to Cape Dezhnev. According to archaeologists, this area used to be home to Eskimos, driven out by Chukchis somewhere around the 18th century. The villagers' main activities are deer breeding, fishing and hunting for sea animals.

The village is famous for its bone and walrus ivory carving studio.

Its handiwork is one of the most popular and authentic souvenirs that you can bring from Chukotka. 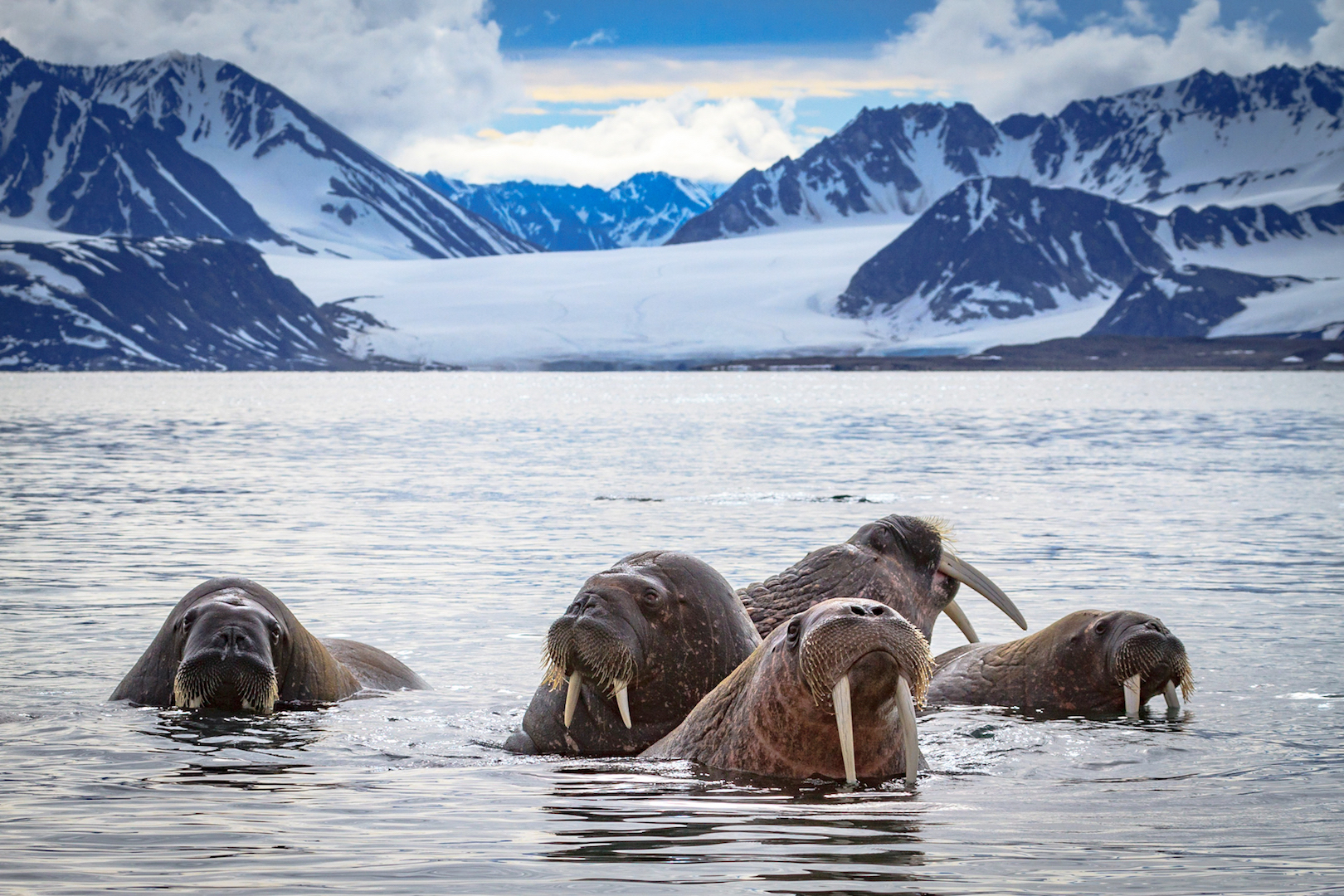 Cape Navarin is Russia's most storm-prone place. Located in the southern part of the Gulf of Anadyr, the cape boasts the country's highest average annual wind speed. Storms and hurricanes occur more frequently here than anywhere else in Russia. People call this place "the shipwreck coast". The loss of Semyon Dezhnev's koch (a wooden sailing ship) was the first officially documented shipwreck near this coast.

The noteworthy red-and-white striped Navarin Lighthouse is located at the entrance to the Gulf of Anadyr in the Bering Sea. 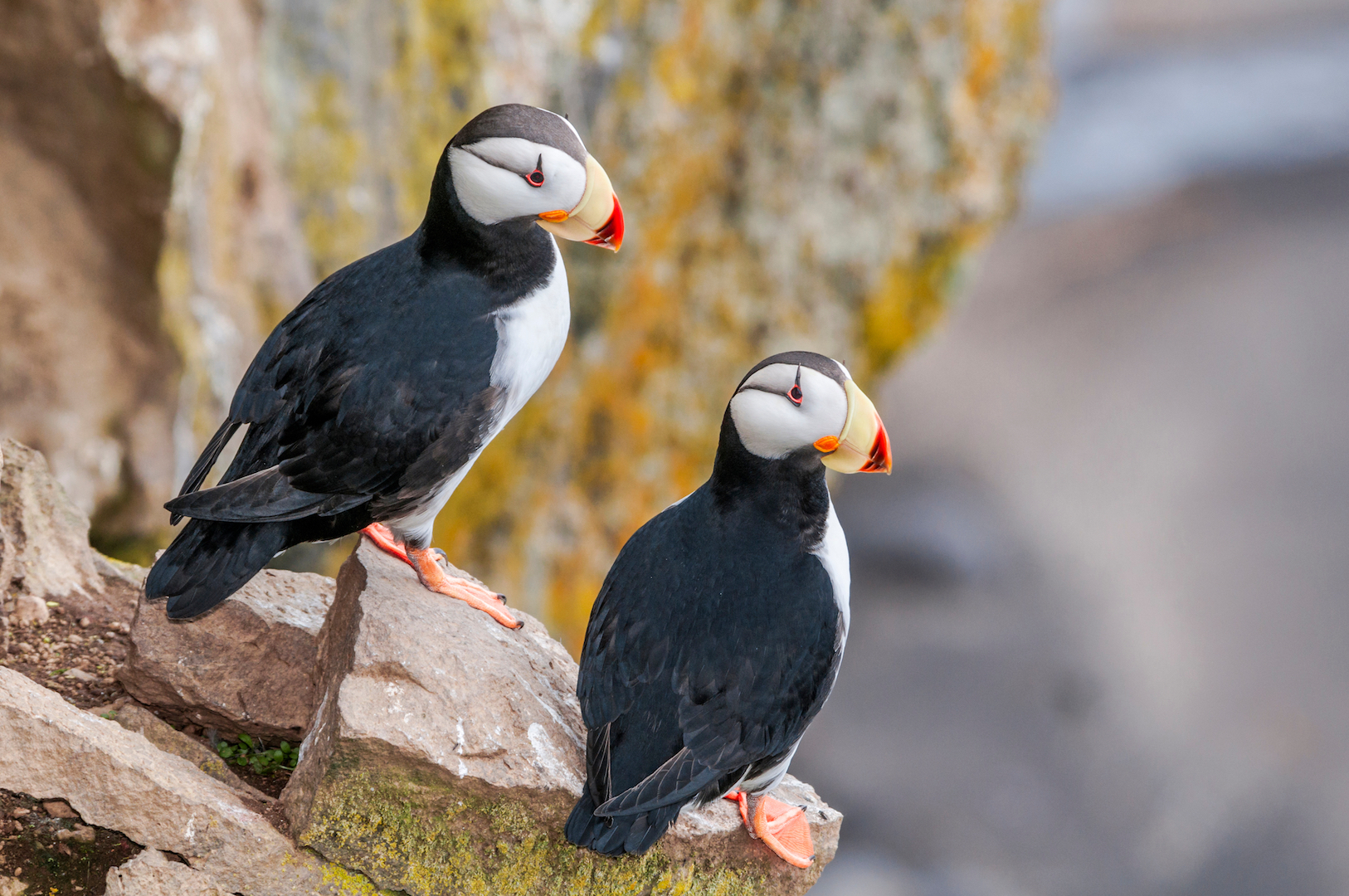 Anyuisky is Russia's northernmost volcano. Scientists believe that the volcano is 250,000 years old. However, it has remained wonderfully intact. Some 65 m deep, it measures about 500 m in diameter at the base and 300 m at the crater.

The volcano is beautiful indeed, with its bright red, purple, grey and dark grey colours.

Yet, traces of its past activity are more than visible. An impressive lava flow extends for almost 60 km from the volcano. You can even take a walk on the petrified black path all covered in cracks. The lava flow is approximately 5,000–7,000 years old.

Reaching the volcano is not an easy task. It is located 150 km from the village of Keperveem. However, those who do get there across the rivers and over the mountains claim that the spectacle is just incredible. 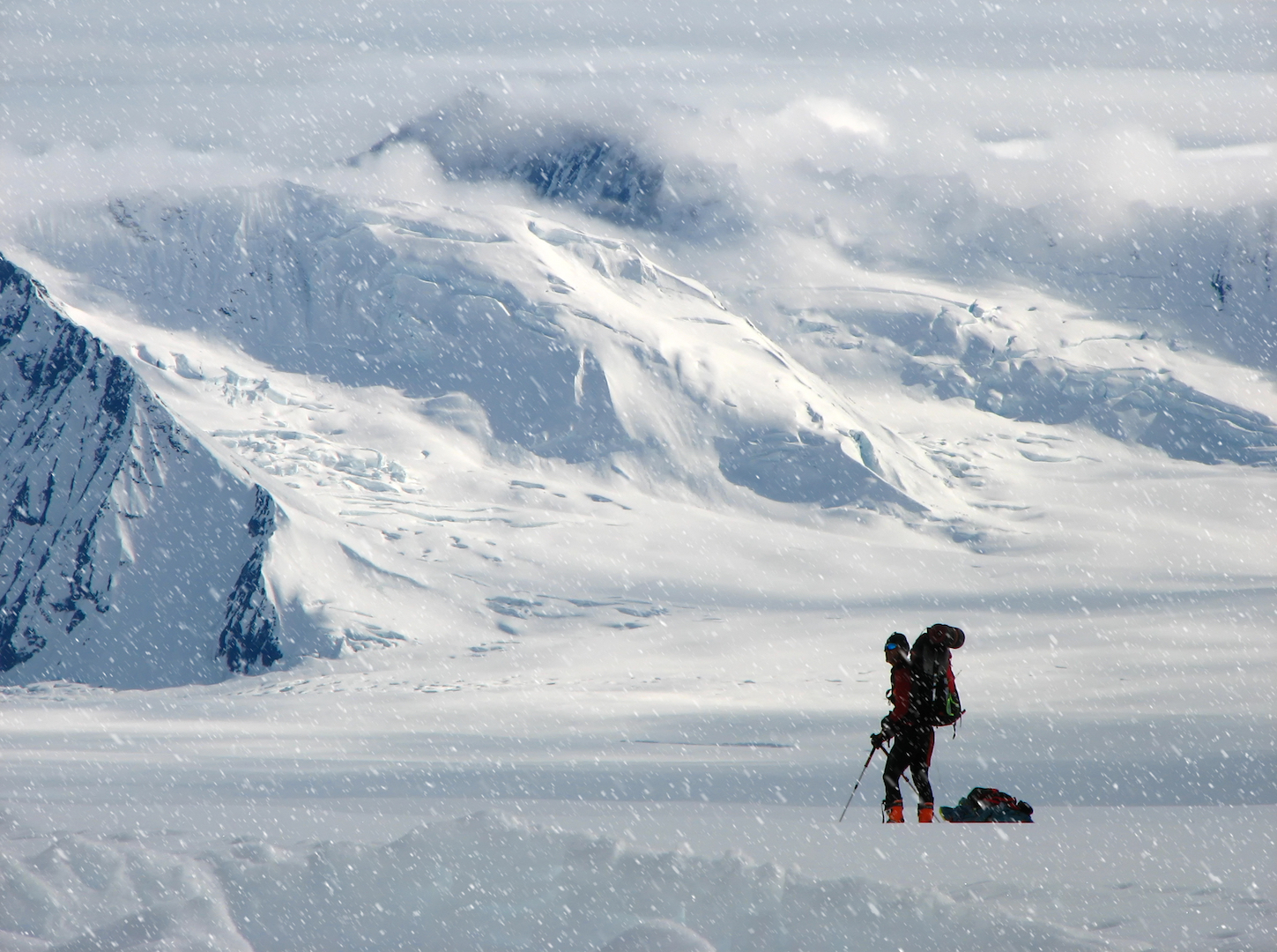 Cape Shelagsky is the northernmost cape of the mainland Chukotka. Surrounded by the East Siberian Sea, it stretches 9 km into the sea.

The cape hosts the 469-metre high Enytkin Mountain and an alley made with gigantic stones of unclear origin resembling the famous Stonehenge.

In the winter period you will find a great number of bears around the cape. Whereas in summer, in June and July, the sun almost never sets in these latitudes.

Cape Shelagsky has been made famous for serving as a location for the Russian film How I Ended This Summer in 2008–2009.

Directed by Aleksei Popogrebski, the film tells a story about difficult relationships between an intern and the chief officer at a weather station in the midst of a desolate landscape. The action takes places on the imaginary Aarchym Island in the Arctic Ocean.

Cape Shelagsky can be reached from the town of Pevek. 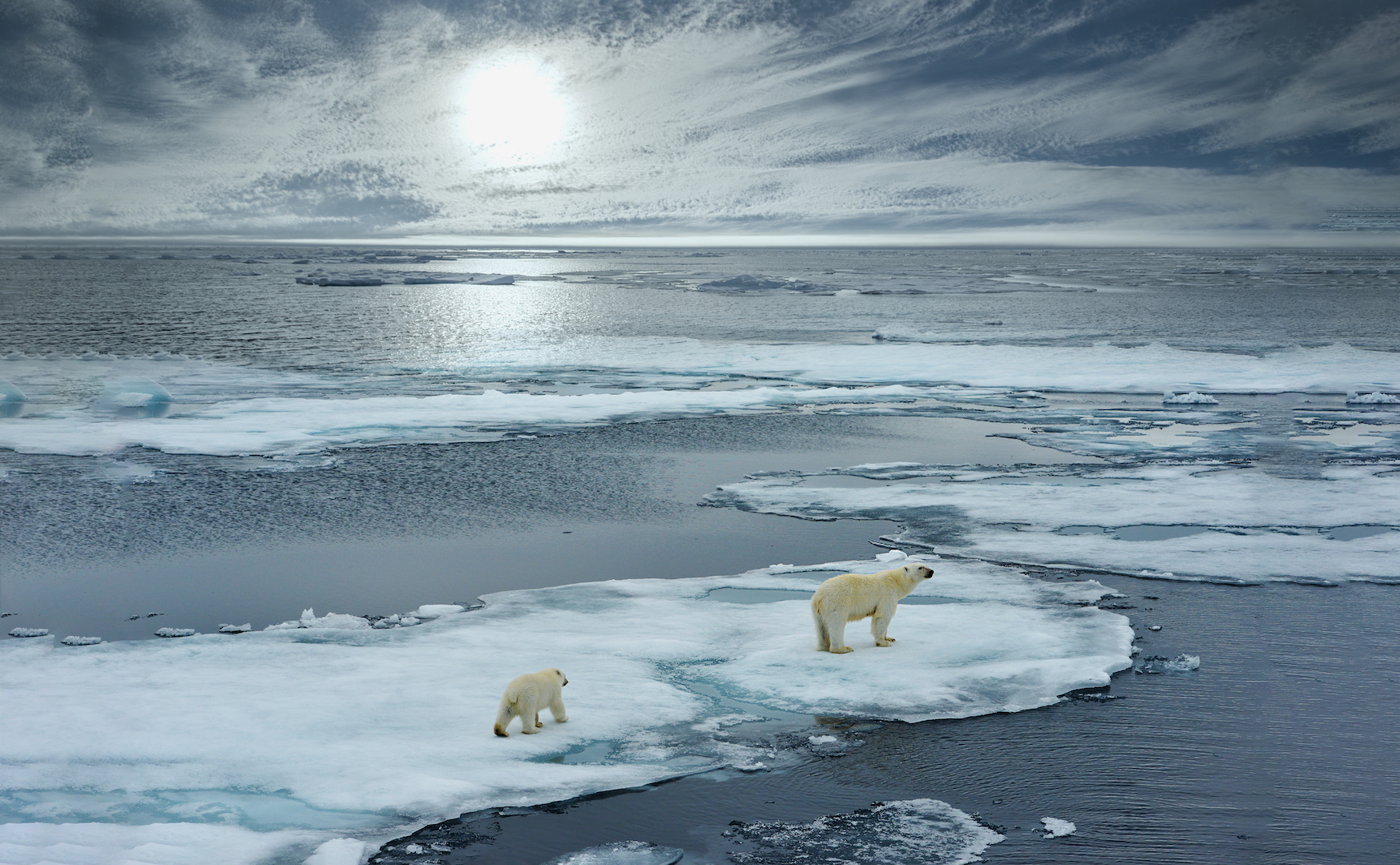