The 180th Meridian
Around the world in 60 seconds
Chukotka boasts the world's only spot on dry land where the meridian dividing the Earth into the Eastern and Western Hemispheres meets with the Arctic Circle.

The International Date Line is a truly unique geographical phenomenon. Whereas the Prime Meridian passes through Greenwich, the 180th meridian runs across the eastern part of the Chukchi Peninsula.

This imaginary line sets today apart from tomorrow. It was internationally agreed that a new calendar day begins here.

To avoid any confusion, it was decided to move the Date Line eastwards to pass through the Bering Strait. Starting from the North Pole and running south toward the South Pole, the 180th meridian passes through Wrangel Island, Chukotka, Fiji, Islands of Vanua Levu, Rabi and Taveuni, the Pacific Ocean and Antarctica.

But no agreement can ever move the 180th meridian itself. So when you reach the coveted intersection point not far from Egvekinot urban locality, you will notice that navigators literally go crazy here, as if thinking that you have travelled around the world in one minute.

If the weather is fine, you can reach the meridian by car after about a 60-km ride along the Egvekinot — Valunisty gold mine road. There is a sign post by the road. However, this still is not the 180th meridian. To get to the intersection point, you will need to walk about 2 km more in the direction indicated by an arrow laid in stone.

Here stands a monument with an inscription that reads "The sign of the sun in an endless movement symbolising the end of the old and the beginning of the new day."

This solar symbol is in fact a stone disk.

Three metres in diameter, it weighs over 8 tons. The disk marks the spot where the Arctic Circle and the 180th meridian intersect.

Technically, the exact point where the meridian meets the Arctic Circle lies 3 km southwards. However, this place was chosen for its convenience and beauty. The exact intersection point is visible through a hole in the stone disk.

You can also get there by joining one of the tours organised by local travel agencies. These tours typically last 7−14 days. Depending on the programme, travellers may be offered a visit to the city of Anadyr, boat rides on the sea or watching brown bear, whales and birds. In addition, arrangements can be made to visit the indigenous village of Amguema, go fishing, try out a Russian banya and other activities. Accommodation options may vary, from hotels and hostels to spending a night in a traditional Chukchi house or a tent. 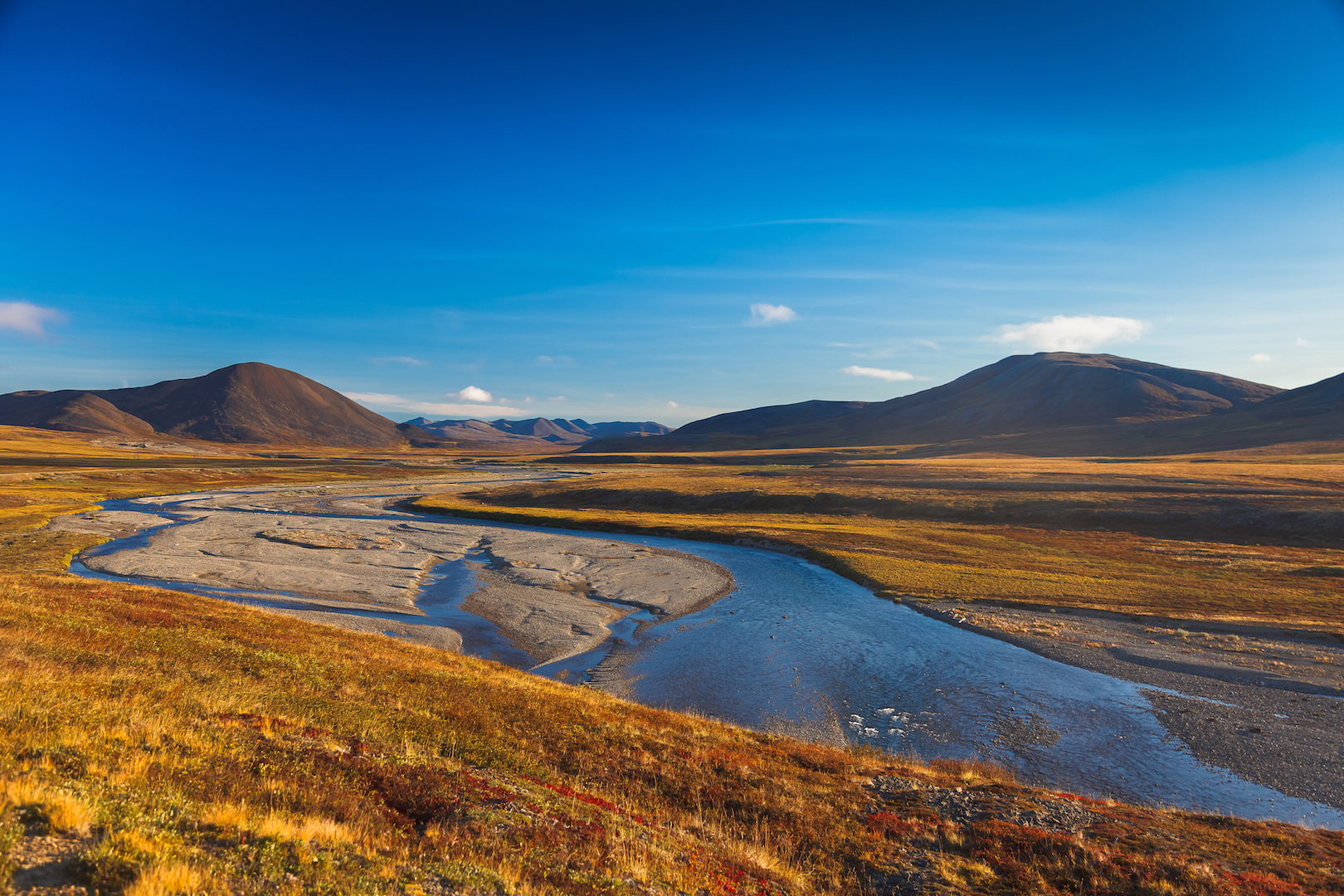 As such, Wrangel Island is simultaneously located in two hemispheres. The 180th meridian divides it into almost equal parts, with one half lying in the Eastern and the other in the Western Hemisphere.

A memorial sign marks the spot where the meridian passes through the southern part of the island.

The Arctic Circle passes approximately 30 km to the north of Egvekinot. It crosses the Iultin road, the easternmost motorway in Russia.

An arch marks the point where the road intersects with the Arctic Circle at the 24th km.

Made with metal tubes, the arch is adorned by a sign reading "The Arctic Circle" and a red flag representing the North Pole.

However, the exact geographical point where the road meets the Arctic Circle is located a bit further, at the mountain pass. However, this spot was chosen as the safest and most picturesque. A nearby hill offers a great view over the road and the surrounding area. 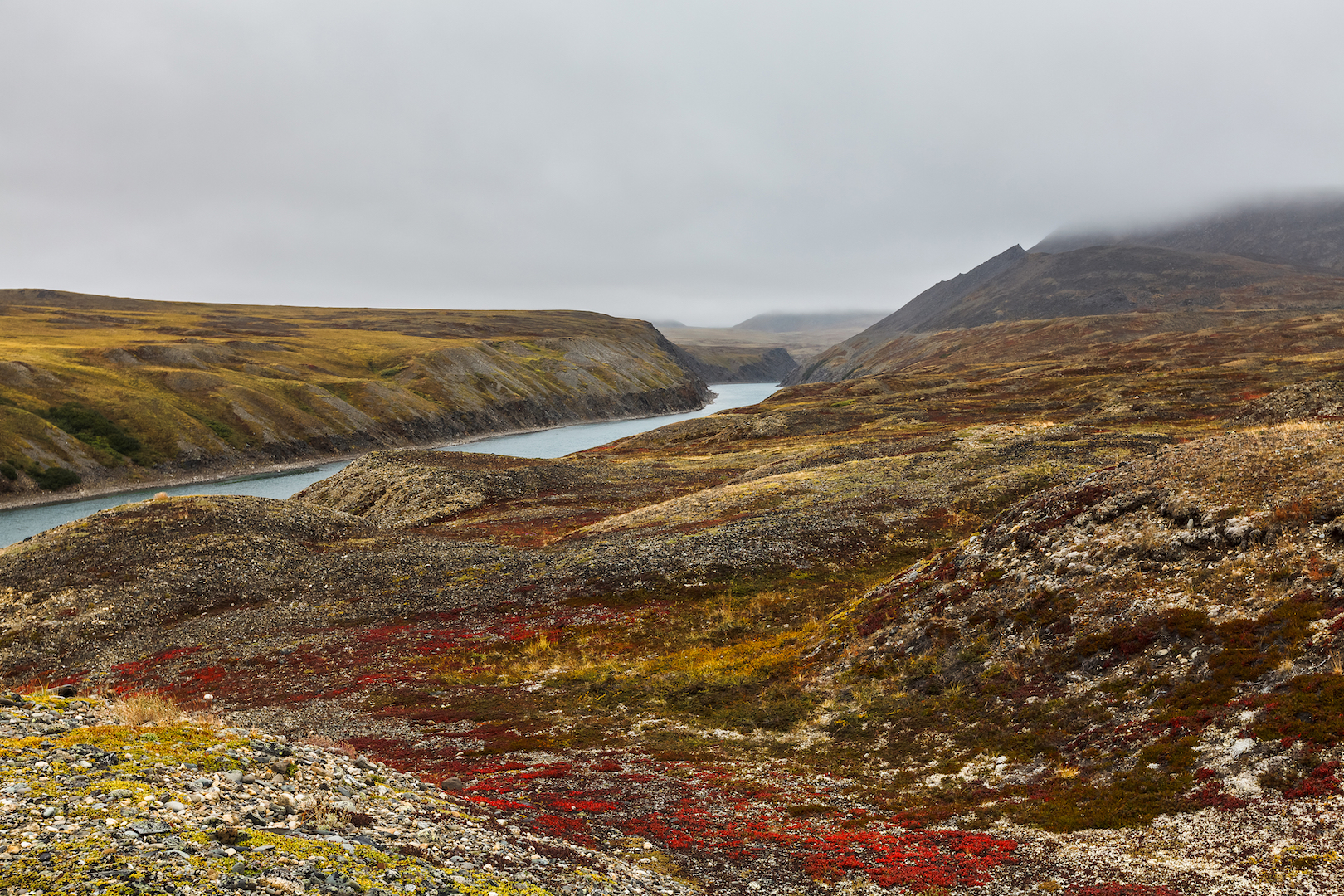