Pevek
Russia's northernmost town
Pevek is a little piece of civilization at the edge of a huge continent. One of the Northeast Passage ports, this town is located above the Arctic Circle. Pevek is bordered by volcanoes and tundra on one side and the Arctic Ocean on the other.

There is not a single tree in the entire town, making it so hard to breathe that unaccustomed travelers start gasping for air at first.

According to one of the versions, the town's name is derived from the Chukchi word Peekin'ey, meaning either "rotten place" or "reeking mountain." Legend has it that the town owes such an unpleasant name to the Chukchi and Yukaghir peoples. As a result of bloodshed that flared between them, kilometers of land were littered with dead bodies.

This place had been deserted for centuries, since the Chukchi refused to settle within the city limits and only brought their reindeer to pasture in the summer. It was only in the 1930s that the Soviet authorities took notice of a convenient harbor protected from the waves of the East Siberian Sea by the big Ayon Island. 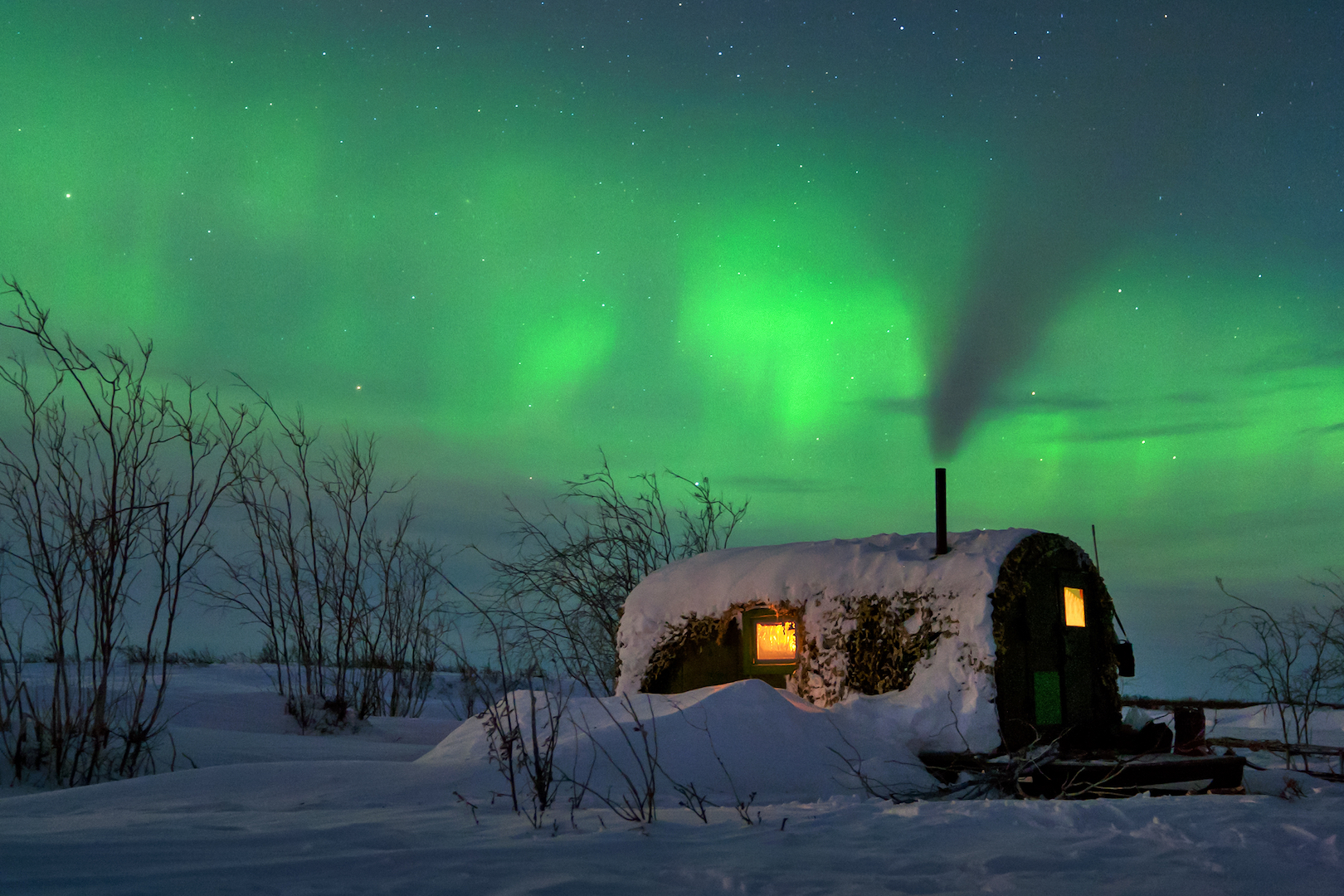 It is simple to reach Russia's northernmost town that lies on the Northeast Passage. This is the second city in Chukotka that you can reach from Moscow by air. Pevek is also connected with Anadyr and other towns in the region (you will find up-to-date flight schedule at http://chukotavia.com/).

The Pevek Airport is located 18 kilometers in the former village of Apapelgino. It serves as an alternate aerodrome for transcontinental flights from North America to Asia.

When you reach the city limits within a half-hour drive from the airport, you will notice that Pevek's cube-like houses are brightly colored just like in Anadyr. This makes the town look particularly impressive from air and the sea.

Pevek is prone to constant strong winds—either northerly, which come from the sea, or southerly, which are even stronger. Ripping down from the hills, these winds can reach speeds of 40 m/s with gusts of up to 80 m/s.

Sometimes, polar bears make their appearance in the town. 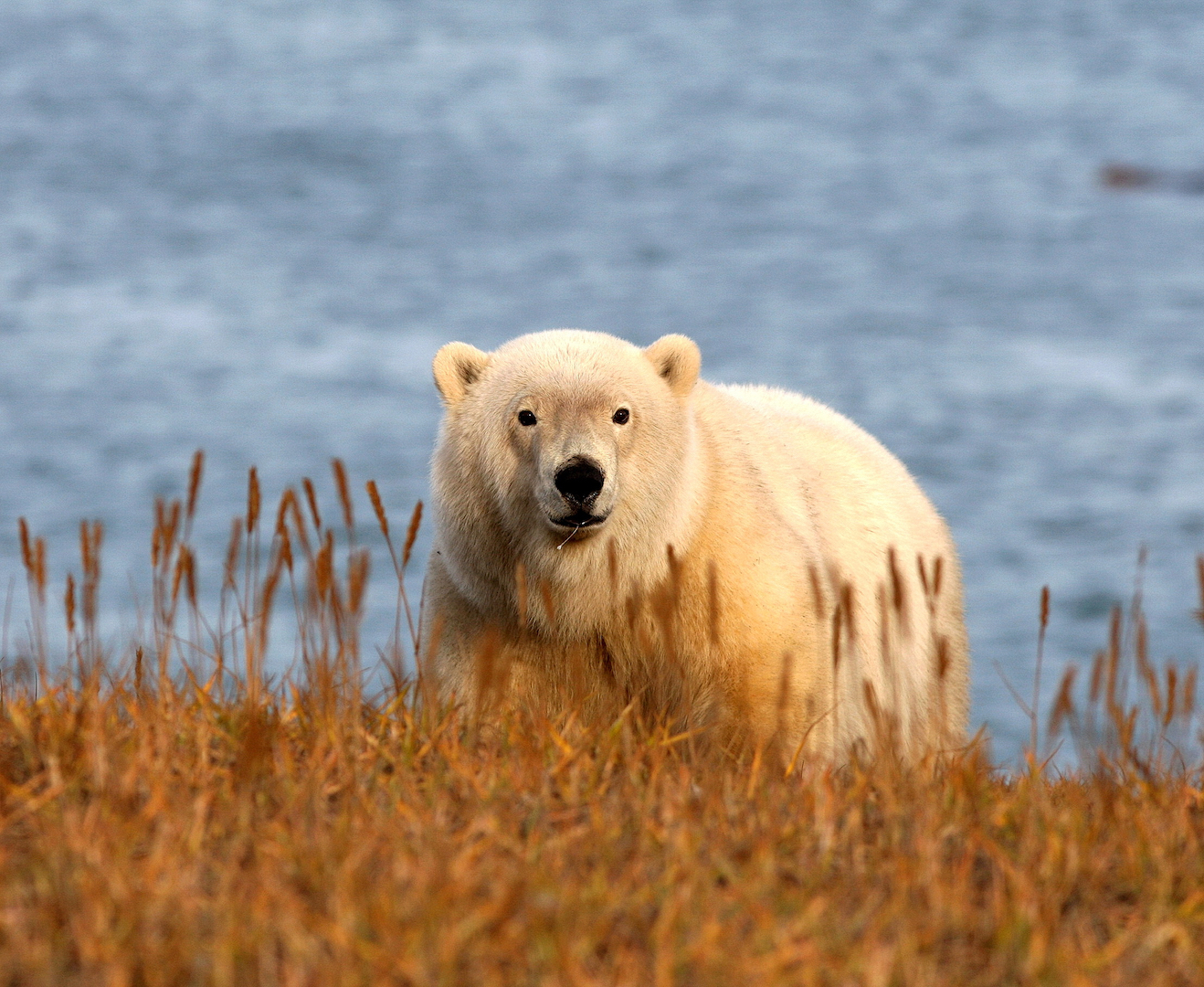 The polar night starts in late November and lasts until mid-January. The midnight sun phenomenon means that the sun doesn't leave Pevek's sky even for a minute from May to July.

The Aurora Borealis or the northern lights can be often observed here, with pink, yellow, green, blue, and purple vertical strips forming a multicolored ribbon that slowly and smoothly curves across the sky.

The rough northern charm was glorified by geologist Oleg Kuvayev. The action of his iconic novel Territory takes place in Pevek. It recounts the search for the first industrial gold in Chukotka. However, the eponymous 2015 movie directed by Aleksandr Melnik was shot in Providence Bay instead.

Pevek also houses the Chaunskiy local history museum (http://chaun-museum.e-stile.ru/). It boasts documents, photographs, paintings, and an archaeological and ethnographic collection that tells the history of this place and the indigenous people (17/1 Obrucheva St.).

Next to the museum is the Vremyon Svyazuyushchaya Nit theme park. Here, you can walk among the sculptures that were taken down and brought here from abandoned villages. The park features steles with insignias, a mining train, and stone figures of shock workers—a geologist, a miner, and a deer-breeder.

You can bring bone, walrus tusk, and antler carvings as souvenirs from Pevek.

The Aisberg (Iceberg) Center houses a cinema and a dancing hall (26 Sovetskaya St.).

The Routan Islands are just 5 km away from Pevek.

They were discovered during an expedition led by Ferdinand von Wrangel in 1821. Bolshoy Routan Island can be seen from the shore in Pevek's Kosa district. It is triangular in shape, measuring about 9.5 km in length and 4.5 km in width. Its total area is 33.7 sq. km.

There is a small weather station on Bolshoy Routan Island as well as several lakes, with the largest being Krugloye and Vodovoznoye.

Cape Shelagskiy can also be reached from Pevek. It is the northernmost cape of mainland Chukotka.

Cape Shelagskiy is bordered by the East Chukchi Sea.

The cape hosts the 469-meter high Enytkin Mountain and an alley made with gigantic stones of unclear origin resembling the famous Stonehenge.

In the winter period, you will find a great number of bears around the cape.

This place served as a location for the famous Russian movie How I Ended This Summer directed by Aleksey Popogrebskiy. The movie tells a story about difficult relationships between an intern and the chief officer at a weather station in the midst of a desolate landscape.

How I Ended This Summer was shot not far from Pevek, at the Valkarkay weather station in Chaunskiy District and at the former Tumannaya station on Cape Shelagskiy.

The longest day of filming lasted 23 hours, as long as there was enough light. In June–July, the sun almost never sets in these latitudes.

During the shooting of How I Ended This Summer, the average temperature was 5 °C.

The tourist trail starts in the now abolished rural locality of Yanranay, which can be reached by any means of transport running along a decent year-round road from the town of Pevek or the Apapelgino airport. 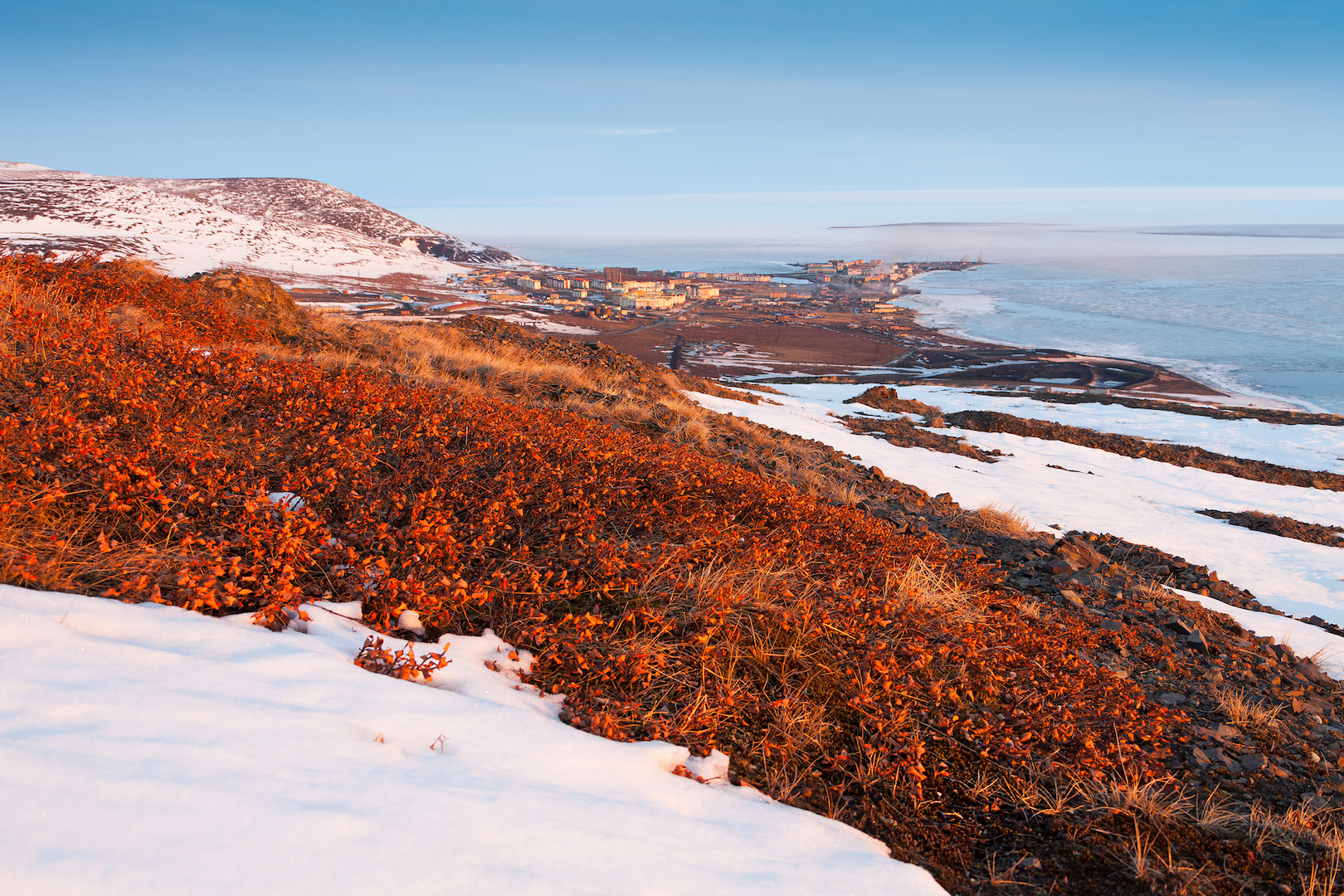