The Northern Odyssey
Discovering the North of Russia: cruises to Chukotka
Cruises are probably the best way to discover the North of Russia. Besides, they are often the only way of reaching the most remote places in the Arctic. Over the course of the expedition, travelers will see one of the least explored parts of the world.

All you have to do is pick a route. Would you prefer to find out more about Chukotka and explore Wrangel Island, the famous "maternity ward" of the polar bears? Or would you rather discover the Russian Far East, traveling to Kamchatka and Sakhalin? You might even feel ready to cover the entire Northeast Passage. Finally, you might want to turn your sea trip into an international journey by visiting Alaska.

A trip around Chukotka and to Wrangel Island

A cruise for those who wish to get to know Chukotka.

The route is designed in such a way that travelers can see all the major sights, find out about how indigenous people live and feel like a proper polar explorer in the land of walruses, polar bears, musk oxen, reindeer and whales.

This trip starts and ends in Anadyr, the capital of Chukotka.

Travelers will walk along Whale Bone Alley, a ritual structure made from the bones and skulls of bowhead whales. In Lavrentiya rural locality, they will learn about the life of the Chukchi and Eskimo people, sampling some exotic national dishes along the way. Travelers will also pass through other villages to find out more about whaling. They will hike up to the monument to Russian explorer Semyon Dezhnev and see a myriad of birds on Kolyuchin Island.

This will be followed by a trip to Wrangel and Herald Islands, both UNESCO World Heritage Sites.

These islands are home to Arctic animals. They are a breeding ground to polar bears and walruses, with rare bird species nesting on the cliffs and whales swimming in the nearby waters.

The one that lies to the west was named after the Russian navigator Makar Ratmanov, whereas the one to the east was called Krusenstern Island.

With an area of just 29 km², Ratmanov Island is the easternmost point of Russia. 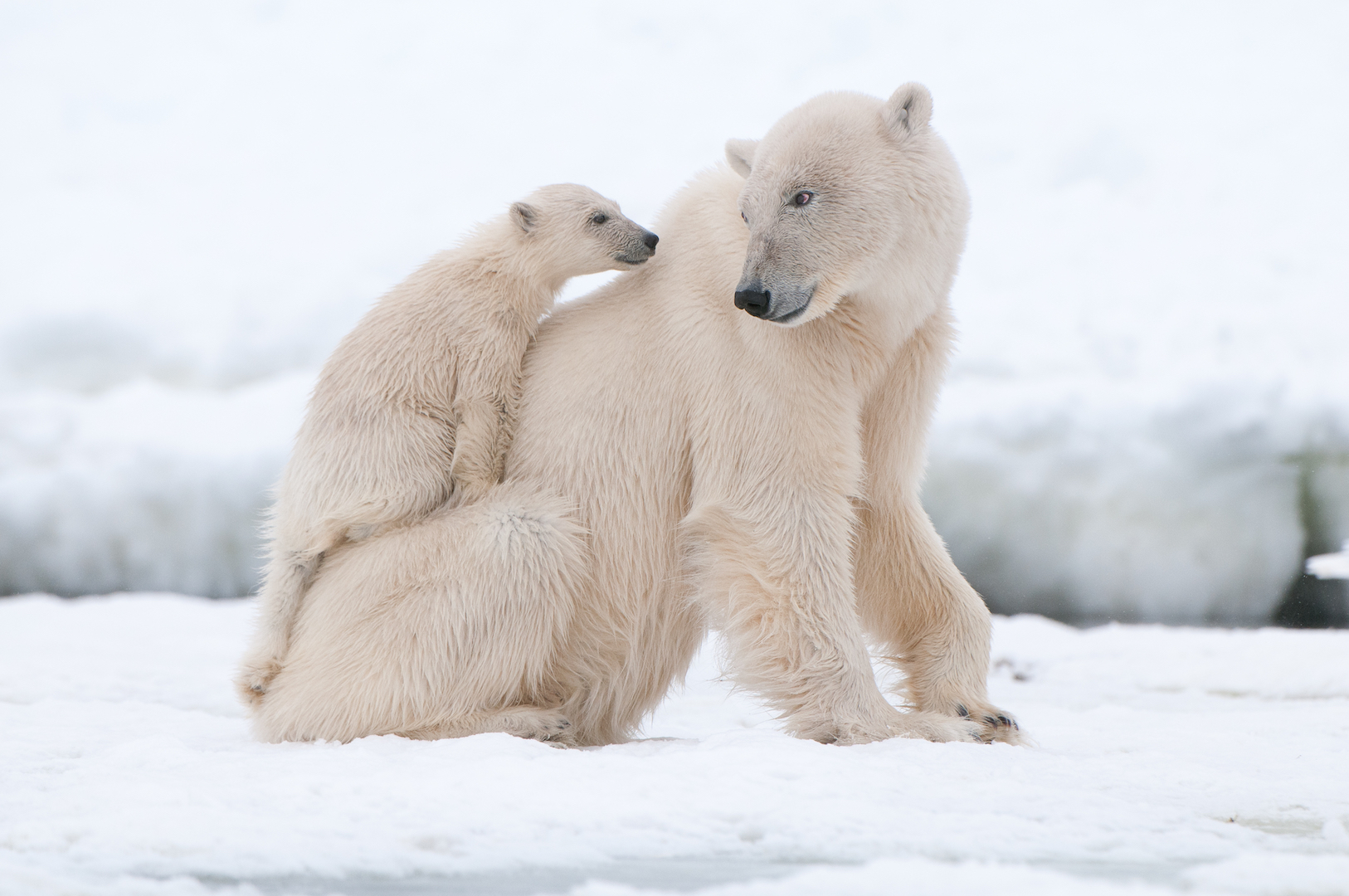 Trip around the Russian Far East Chukotka, Kamchatka and the Commander Islands

Arguably one of the most popular routes connecting Anadyr with Petropavlovsk-Kamchatskiy. It takes travelers along the Pacific coast offering a wildlife watching experience, and when tourists come ashore they can find out about the way of life of the indigenous people of the area. They will see walruses, brown bears, whales, killer whales, fur seals, steller sea lions and rare aquatic bird species.

On the Chukotka coast travelers will visit Egvekinot, an urban locality surrounded by volcanoes, and cross over the Arctic Circle.

On their way to Cape Navarin they will discover walrus rookeries and see whales and flocks of sea birds, followed by a trip to the indigenous village of Meynypilgyno.

Passing through the Bering Strait and Anadyrsky Liman, the ship will take them to the Chukotka coast. After relaxing at the Tintikun lagoon, travelers will continue on to Verkhoturova, Karaginskiy and the Commander Islands, where they will see colonies of birds and fur seals. The journey will then take travelers to the Kronotsky Nature Reserve, on across the Zhupanova River, finally arriving in Petropavlovsk-Kamchatsky, the capital of Kamchatka Krai. 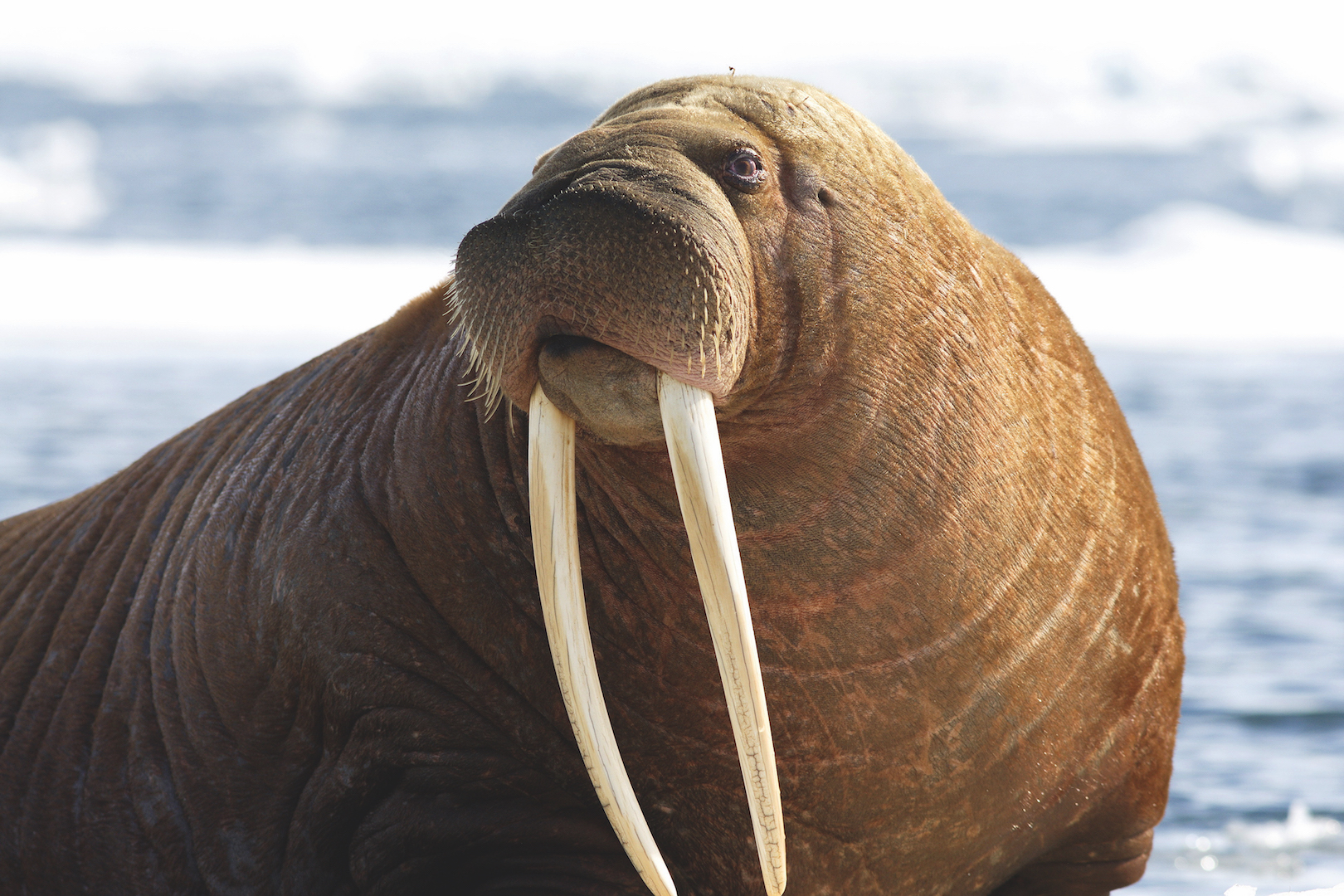 Following in Bering's footsteps: from Chukotka to Sakhalin

The cruise from Anadyr to Sakhalin Island offers a chance to discover the entire coastline of the Russian Far East. The route introduces you to the way of life of the Arctic peoples. Following further south, travelers will find themselves surrounded by the volcanoes of Kamchatka. They will also see brown bears which breed in this area.

Once they reach the Ring of Fire, travelers will be able to see the volcanoes of the Kuril Islands.

There they will find lively rookeries as the Islands serve as a transit point for migrating Arctic birds.

On Chukotka, travelers will come ashore on Yttygran Island, visiting its famous Whale Bone Alley made with the bones of these gigantic animals. They will also see Nuneangan and Arakamchechen Islands, with their sea bird nesting areas and vast walrus rookeries. The journey will then proceed toward the Koryak Mountains and the steep cliffs of Cape Navarin.

On Kamchatka, travelers will be able to relax in the thermal springs of the Tintikun lagoon at Cape Govena as well as see brown bears. Verkhoturova Island is famous for its puffin and cormorant colonies, whereas the waters around Karaginskiy Island are home to whales. Ossora village residents will tell travelers about deer breeding.

Sperm and killer whales breed in the waters around the Commander Islands, while thousands of fur seals, steller sea lions and pusas can be seen on land and all around.

The renowned navigator Vitus Bering is buried on the island that bears his name. The leader of the First Kamchatka Expedition and the Great Northern Expedition, he passed through the strait between Chukotka and Alaska, proving that there is no land passage linking the continents.

Travelers will visit the Kronotsky Nature Reserve and Petropavlovsk-Kamchatsky with its "domestic" volcanoes, continuing on to the Kuril Islands including its largest island called Iturup. There they will find the legendary Alaid and Nemo volcanoes as well as a multitude of birds and animals. 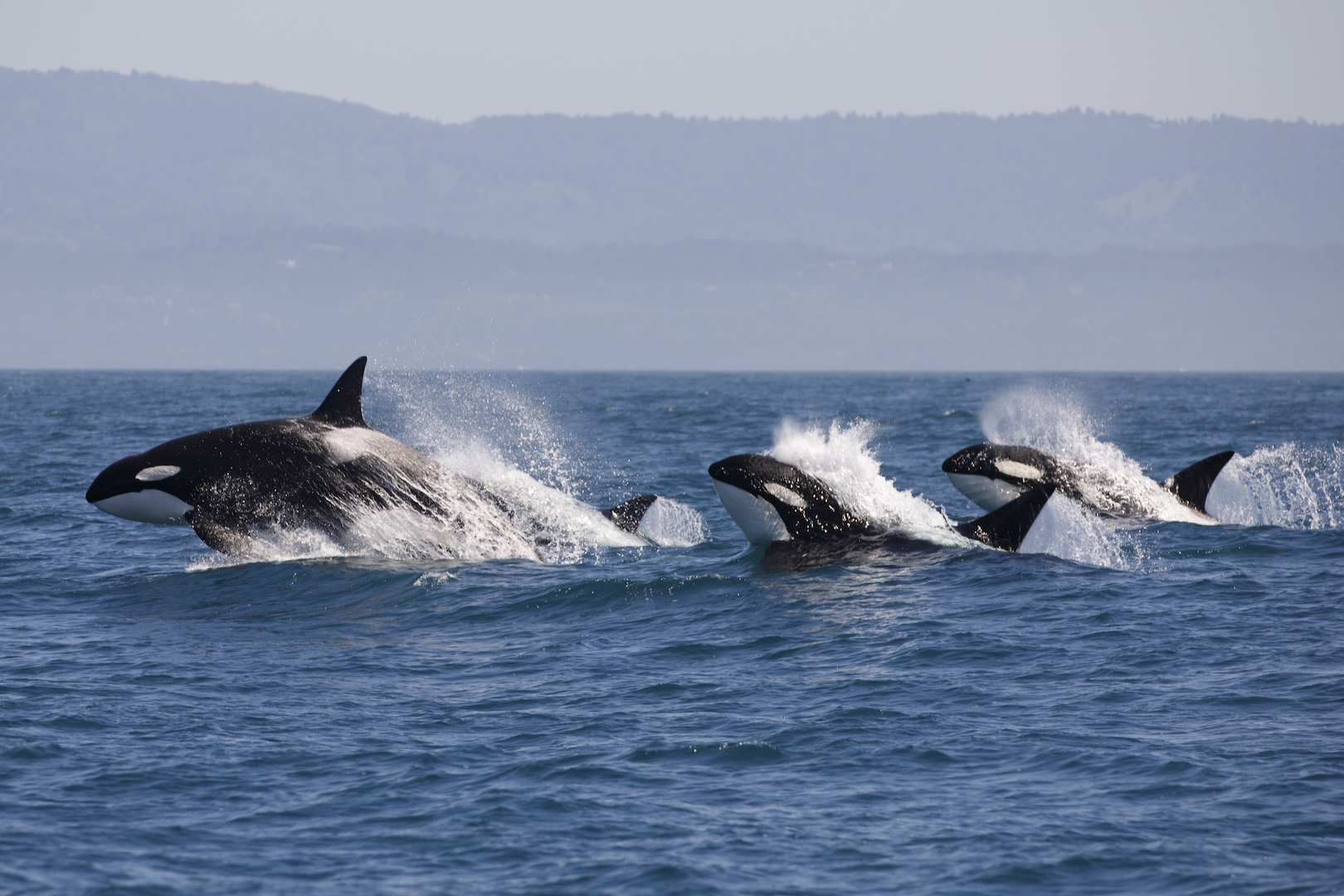 The cruise along the Northeast Passage will suit fans of sea trips and polar charms.

This is the longest route that passes by the territory of Chukotka as well as the shortest trade route linking Asia with Europe.

The distance that cargo vessels cover traveling from the port of Murmansk to the port of Yokohama in Japan totals 5,770 sea miles, whereas the alternative route running through the Suez Canal is 12,840 sea miles long. And although the navigation period in the Northern Sea Route lasts just 2–4 months, it can be prolonged by using icebreakers.

While traveling along the Northeast Passage from Murmansk to Anadyr, your cruise ship will cross 5 seas, the Barents, Kara, Laptev, East Siberian and Chukchi, reaching the easternmost point of Eurasia – Cape Dezhnev

During the cruise, travelers will get to know the unique nature of the Arctic. They will see polar bears, whales, walruses, musk oxen and reindeer.

They will come ashore on Franz Josef Land, Severnaya Zemlya and Wrangel Island. On Chukotka, travelers will also walk along Whale Bone Alley, a ritual structure made with the bones and skulls of bowhead whales, coming ashore on Kolyuchin Island with its lively bird rookeries and Ayon Island where Chukchi deer breeders live. 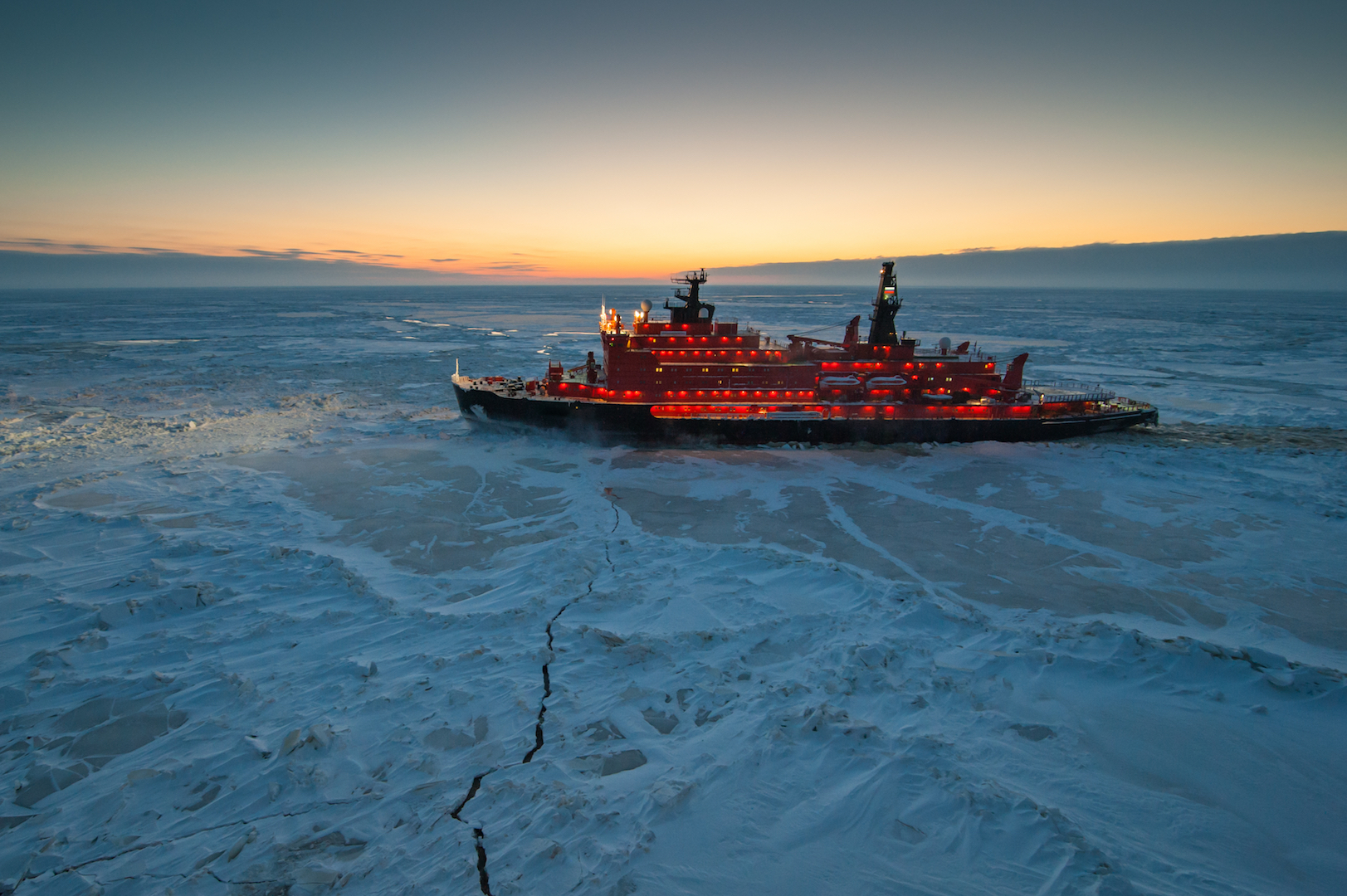 An interesting option for those who would like to see the natural landmarks of two countries in one go, Russia and the United States.

Depending on the route, travelers will have the following stops on Chukotka:

First comes Cape Navarin, one of Russia's most storm-prone places. Here the winds reach their peak speed, while storms and hurricanes occur most frequently.

Travelers will then come ashore on Yttygran Island with its ancient Eskimo shrine, Whale Bone Alley. More stops can be arranged on Wrangel Island and the Diomede Islands, located right in between Russia and the USA. These are frequently referred to as Tomorrow and Yesterday Islands as they are separated by the International Date Line.

While cruising, travelers can see Alaskan landmarks such as Seward and Nome ports, Holgate Glacier, the Chiswell Islands as well as Unga, Saint Paul, Saint Matthew and Hall Islands, etc. 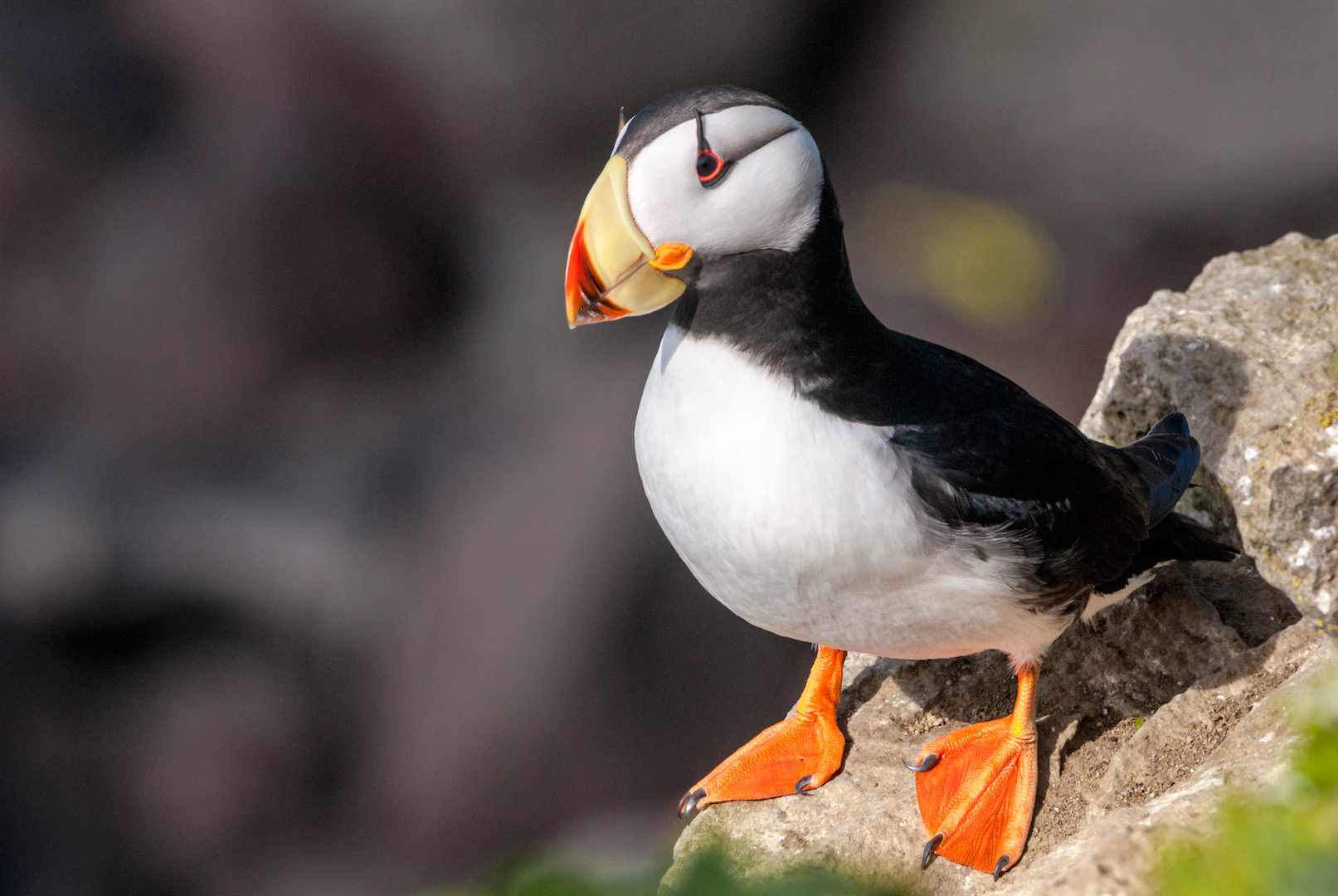 Although out of all the options cruising is one of the most comfortable ways to explore the Arctic, it is important to make proper provisions for clothing and footwear. The journey takes place in relatively warm months, however the temperature in the northern spots of the route may fall below 0 °C.

Your outfit should be waterproof because it is possible to get wet during river crossing. Moreover, it is usually fairly windy on the coast so you will need a windproof coat or jacket. Take a waterproof case or a bag for your gadgets.

As for footwear, opt for trekking boots with corrugated soles, as the passages will be long, requiring some walking on ice as well. It is also recommended to take rain boots with you as there may be some flooded areas upon landing.

Don't forget to take a small backpack for landing, warm gloves and a hat, sunglasses, cream, lip balm and swim wear for bathing in hot springs and going to a Russian banya. 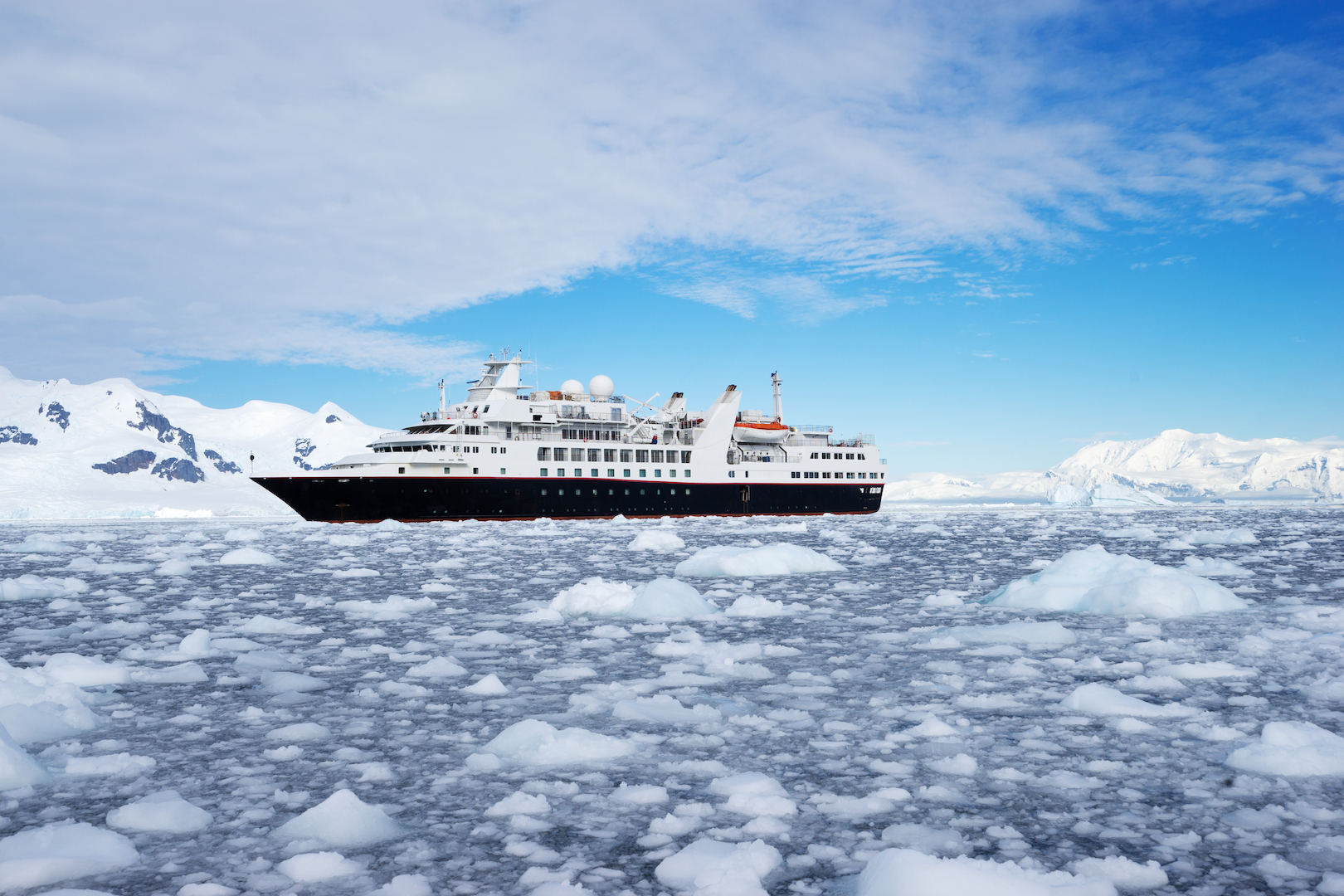