The extremely low temperatures means that all dishes must be very nutritious and high in calories. That is the only way to survive the long winter. Moreover, there are only a few creatures here that can be used for food, so locals tend to eat most parts of the animal. Finally, local cooking methods can be quite peculiar. For instance, a popular technique is fermenting meat and fish under a press for several months, which leads to partial decomposition and gives the foods a distinct smell. It is believed to help with digestion.

The main products include venison and all kinds of freshwater and saltwater fish.

In Chukotka, you can even try whale meat as well as other sea mammals such as walruses and seals.

Some of the most popular dishes include: stroganina (thin slices of frozen meat or fish), jukola (dried unsalted fish), opane (venison soup with blood), kergipat (undercooked venison in its own juice), prerem (boiled venison with spices and bone fat, served frozen).

One of the best ways to get to know Chukchi cuisine is to start with one of the tastiest dishes—venison with lingonberry. The recipe is quite simple: venison is marinated in lingonberry puree and spices and then grilled. It is served with lingonberry sauce. 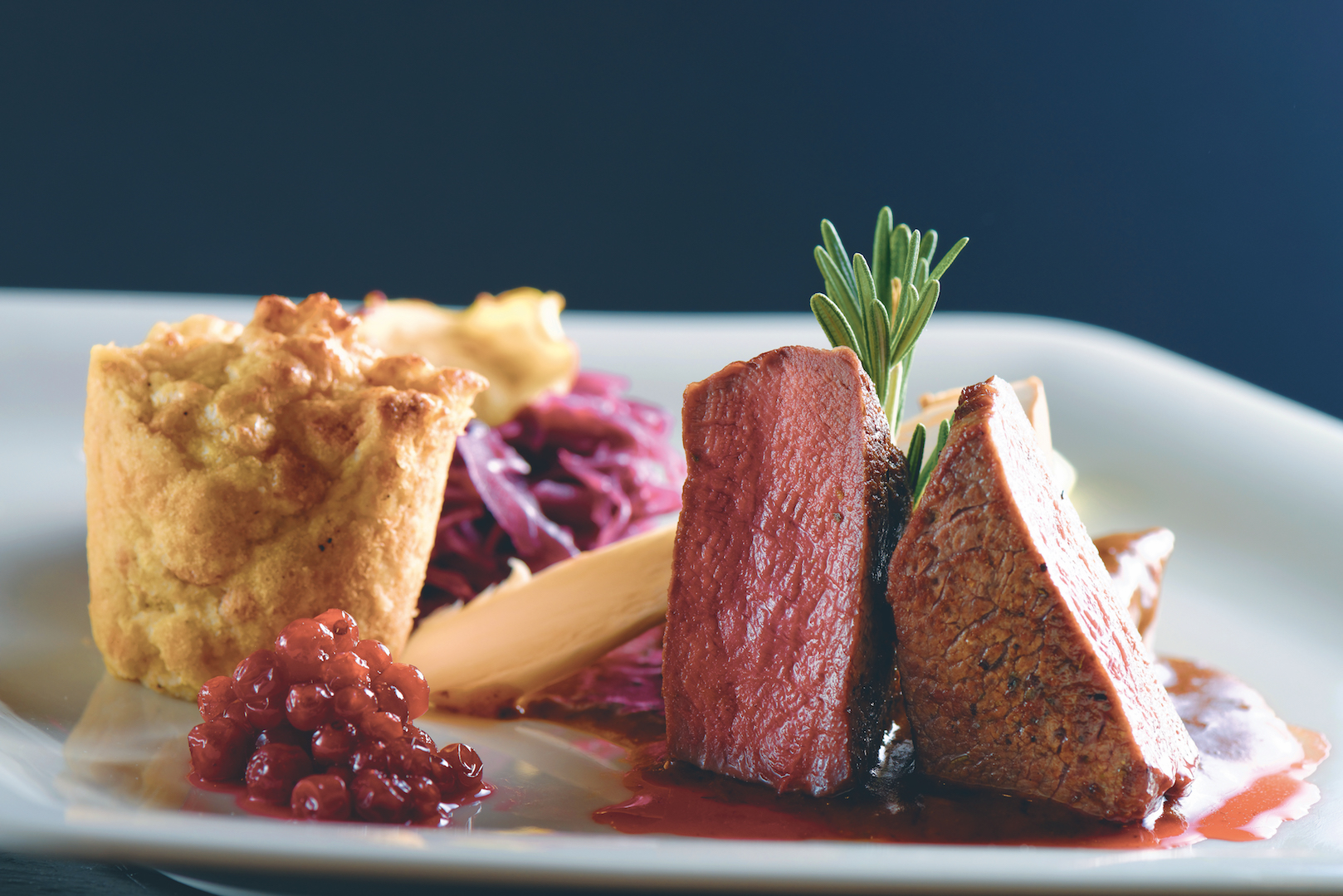 Mantak is a traditional local dish made of whale skin and fat. In some dialects 'mantak' means 'edible skin'. This dish is very high in calories and is a source of vitamins C and D. There are different ways to cook it: the skin and fat can be smoked, boiled, fermented, fried, frozen and even eaten raw. The pieces are usually very small: whale skin is easy to chew, but the fat is tough. The dish can be served with different sauces and spices. The taste is quite unusual but pleasant.

Stroganina is a popular dish in the north of Russia. It is usually made from fish, but Chukotka also offers venison stroganina. Frozen meat is cut into thin slices and served with a water, vinegar, salt and pepper dressing. You eat stroganina with your hands.

In Chukotka, you can try a dish called upa, or as the locals call it 'sea potato'. This is not a plant, however, but an ascidian, a sac-like marine invertebrate. To catch a sea potato, locals make holes in the ice and use a special tool to scrape the sea bottom. This tool also catches sea urchins, starfish and other species. Sea potatoes are usually eaten raw or made into a salad with onions, vinegar and oil. They taste a bit like something between sea kale and squid.

If you visit Chukchi villages, you can try one of the most famous local dishes—kopalhen. It does require some bravery though. Kopalhen is fermented meat. It can be venison, whale meat, or the most popular version—walrus and seal. The meat is stuffed into animal skins to ferment over several months, which gives it a very strong smell and flavour. It is then dug up in winter. In the past, this extremely rich delicacy was the only source of vitamin C for Chukchi and Eskimos, who ate it from their childhood.

However, this dish contains toxic chemicals released during decomposition, which is why eating it can be extremely dangerous if you are not prepared for it.

Another traditional Chukchi dish is vilmulimul. Venison tripe with berries and herbs are put into the animal's stomach to ferment over winter. The dish is then served in spring.

If you are not quite ready for culinary experiments, check out another exotic delicacy—salmon heads. In the past, they used to be buried for fermentation. The modern recipe is much simpler: salmon heads are smoked. This is a popular snack to have with beer.

If you can, you should also try akutak, which people call Eskimo ice-cream. Akutak is made by whipping cold fat of reindeer or marine animals with berries and sugar. For this dish, the locals usually use cloudberry, raspberry or cranberry. 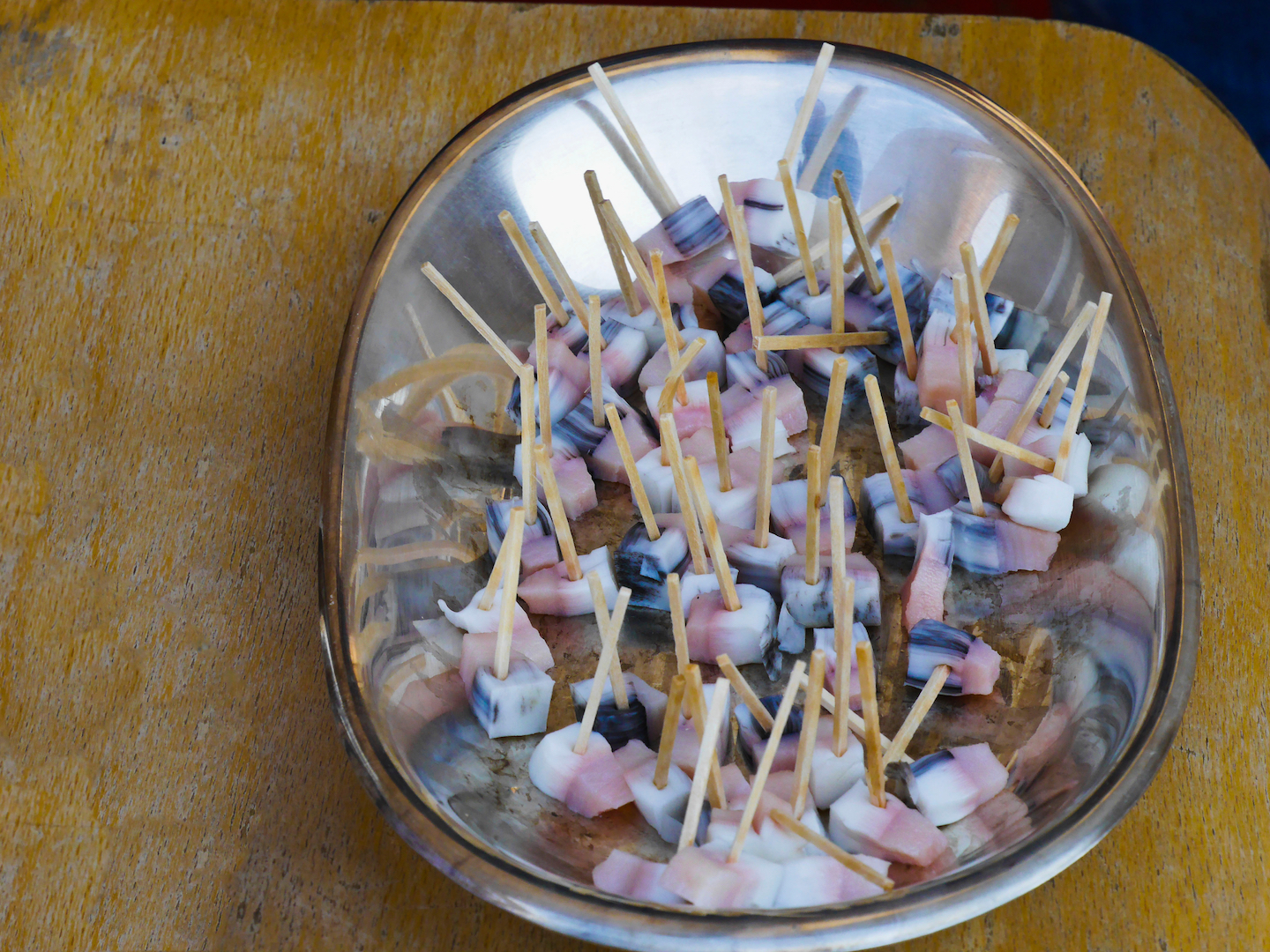