It's had a lot of nicknames: Big Stone Nose, Chukotka Nose, Neobkhodimy Nos (Russian for 'nose you can’t go around'), and the British explorer James Cook called it East Cape. In 1898, the cape received its current name in honour of the Cossack ataman and explorer, Semyon Dezhnev.

Dezhnev was a navigator and fur merchant who discovered a number of territories in the Northern and Eastern Siberia. He sailed through the Arctic Ocean along the north coast of Chukotka and was the first known traveller to cross the Bering Strait. In 1649, Dezhnev went 600 km up the Anadyr river where he organised a wintering place—the first Russian settlement on the Chukotka Peninsula called Anadyrsk. Markovo, a famous indigenous settlement, is now situated nearby.

Cape Dezhnev is a unique location with its own special charm.

It's an isolated mountain group with a flat top and steep cliffs. The mountains reach heights of 740 m.

It's a crossing of two oceans: the Arctic Ocean (Chukchi Sea) and the Pacific Ocean (Bering Sea).

On a calm day, you can see Alaska which is just over 80 km from here.

The Arctic climate is harsh all year round. Winters are freezing cold, and during the short summer the sun remains low in the sky for several months. The land and the ocean do not heat up too much. Winter temperatures can be as low as -40 °C, and around +20 °C in the summer.

This land has numerous ancient archaeological sites. One of the most famous is the abandoned Eskimo settlement Naukan. The latter is believed to be the easternmost settlement of mainland Eurasia to have ever existed. It is situated 7 km away from Cape Dezhnev. The settlement was abolished in the 1950s. But archaeologists keep finding artefacts in the area—what has remained of the ancient Eskimo homes and outbuildings.

Today, the only inhabitants of Cape Dezhnev are polar bears and walruses, surrounded by whales cutting through the ocean waves.

There are two islands in the Bering Strait which separates Cape Dezhnev and Alaska: Ratmanov (Big Diomede) Island and Krusenstern (Little Diomede) Island. These are sometimes called Tomorrow Island and Yesterday Island. They're only 3.7 km away from each other. The first belongs to Russia, and the second, to the United States. The islands are separated by the International Date Line, which means a noon on Big Diomede is almost yesterday's noon on Little Diomede.

The easternmost part of Russia has a western longitude.

The most popular tourist attraction on Cape Dezhnev is the lighthouse and memorial to Semyon Dezhnyov, an explorer and navigator. It's erected 100 m above sea level. An old wooden cross is also nearby. 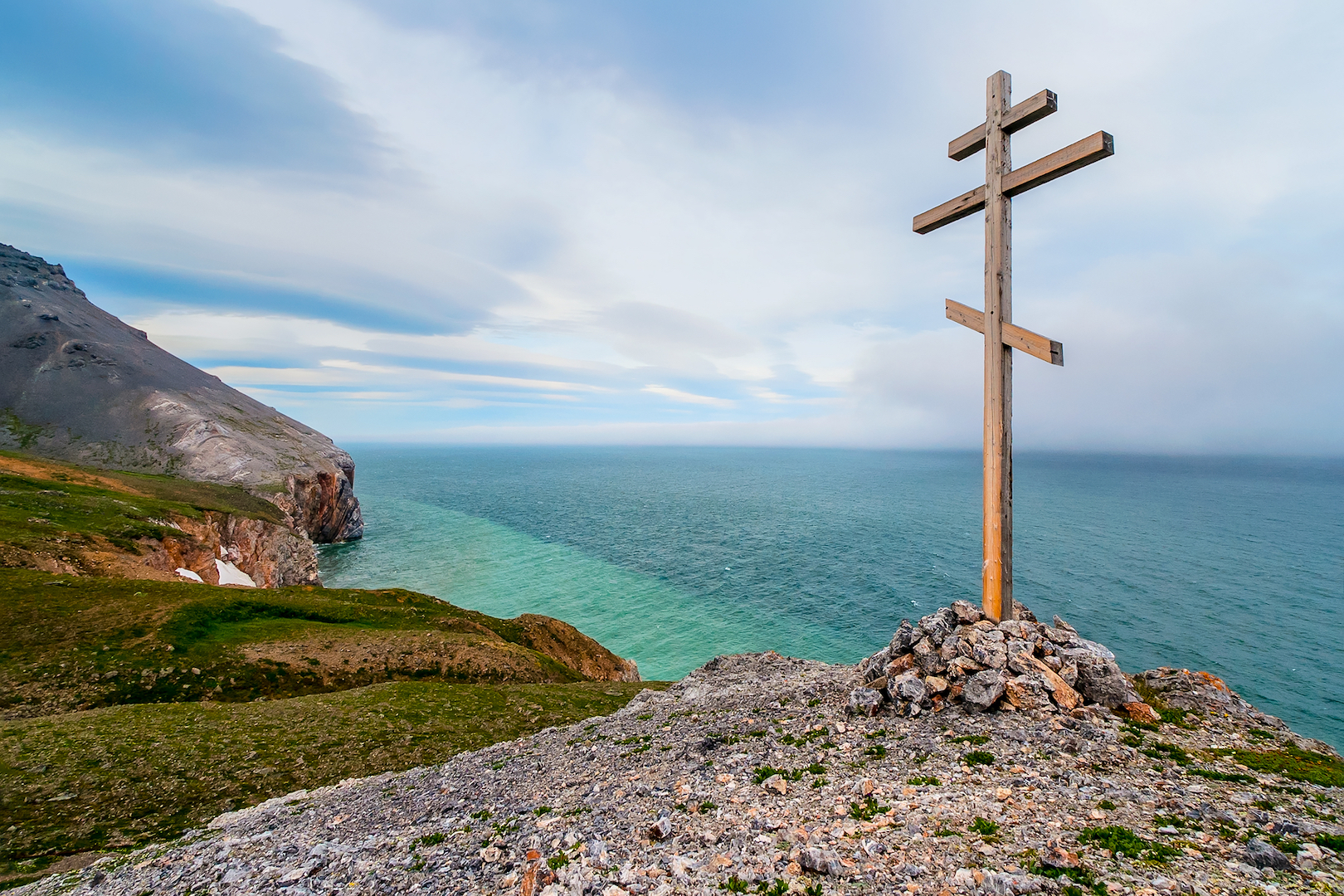 Many travellers come to Cape Dezhnev to start their crossing of the Bering Strait from this point.

Adventurers from England, for example, crossed the strait on a Land Rover on pontoons. Kitesurfers and water scooter riders also take up the challenge, as do swimmers and skiers.

In summer, you can circle around the cape on a ship, but when the sea is rough, only a handful have the courage to expose themselves to the rising waves and the steep cliffs.

Cape Dezhnev is a part of Beringia National Park. This means the visitors to this specially protected natural area must possess a permit. You can apply for a permit here http://park-beringia.ru.

The easiest way to get to this wild cape is to buy a summer tour offered by local travel companies. Here's one of the most interesting and quite comfortable routes.

Travellers fly from Anadyr to the settlement of Lavrentiya and from there take an ATV ride to Lorino. Lorino is the whaling centre of Chukotka. Visitors will get a chance to go on a sea trip and get close to gray whales and also visit the hot springs of Lorino. There is an option to watch whale hunting and processing. After that, travellers will visit Uelen and get to Cape Dezhnev. This includes visiting the Naukan settlement and the monument to the navigator Semyon Dezhnev. Next up is a trip to Ratmanov Island. Some tours also include visiting the centre for marine animal hunters as well as taking part in harpoon throwing. You will also get a chance to see bird colonies and walrus rookeries. 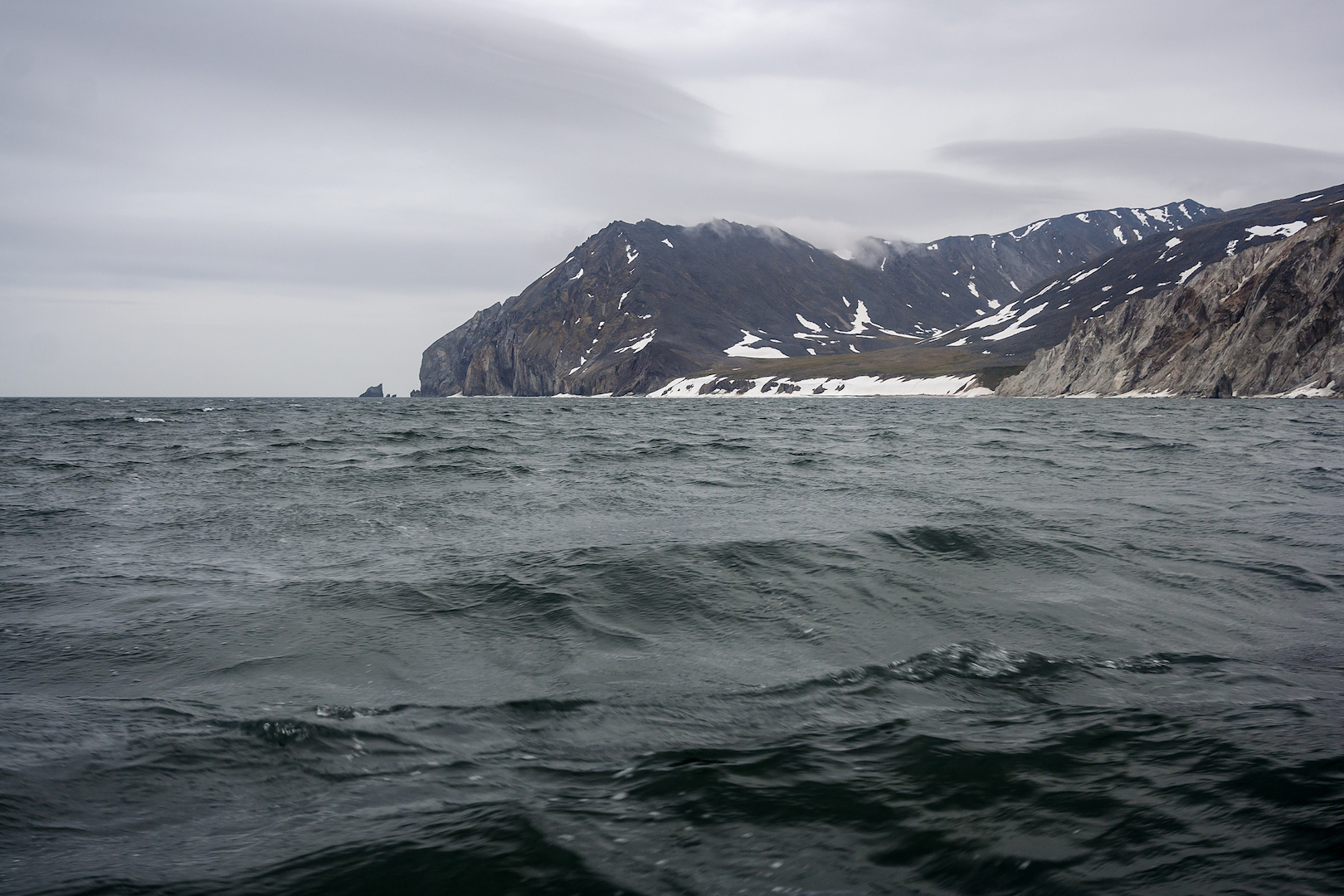