The park covers almost 2 million ha of Beringia, an ancient land that used to connect Asia with North America before disappearing beneath the waves. 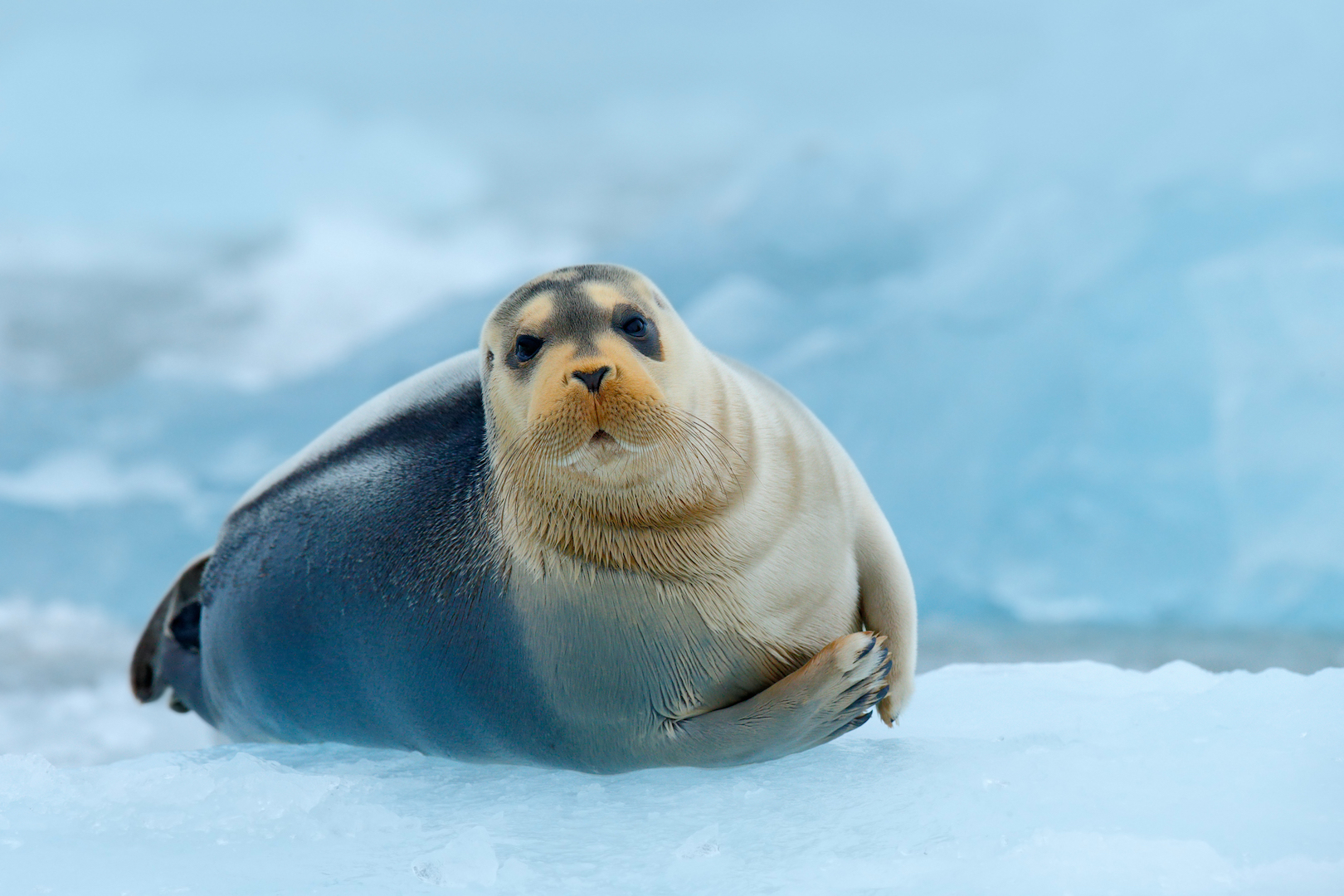 The largest sector is Kolychinskiy, located in the extreme north of the park. It is the most remote district too and the most difficult to access.

Chukotka coastline is home to more than three million birds living there in 50 huge colonies. Several million more feed at the coastal waters. To name a few of the most representative species, there are cormorants, tufted and horned puffins, seagulls. The Chukchi and Eskimo collect their eggs at the bird colonies. In Kolyuchin Island, you can find one of the liveliest bird colonies.

The Chegitunskiy sector is also rather remote. Amongst its coastline cliffs, there are bird colonies, polar bear dens, and walrus rookeries. On the upper reaches of the Chegitun River, one can meet the very rare snow sheep. Nearby, archaeologists have discovered the ancient villages of Paipelgak and Chegitun.

The Dezhnevskiy sector is home to the easternmost mainland point of Russia, Cape Dezhnev.

The most visited location here is the monument to the sailor Semyon Dezhnev, surrounded by bird colonies and ancient archaeological sites. The most famous are the Ekven cemetery and ruins of the Eskimo village of Naukan. It used to be a home for whaling people who traded with the Japanese, Americans, and Norwegians. Their descendants have resettled in other national villages of Chukotka and Anadyr.

Mechigmen Bay attracts ornithologists and bird-watchers, as it is visited by migrating sea birds, such as snow geese, when they fly to Wrangel Island. There is the ancient village of Masik (Mechigmen), a Stone Age settlement on Ioni Lake. Getlyanen Lagoon is renowned for its fishing opportunities.

Providenskiy is believed to be the most beautiful sector of Beringia National Park. 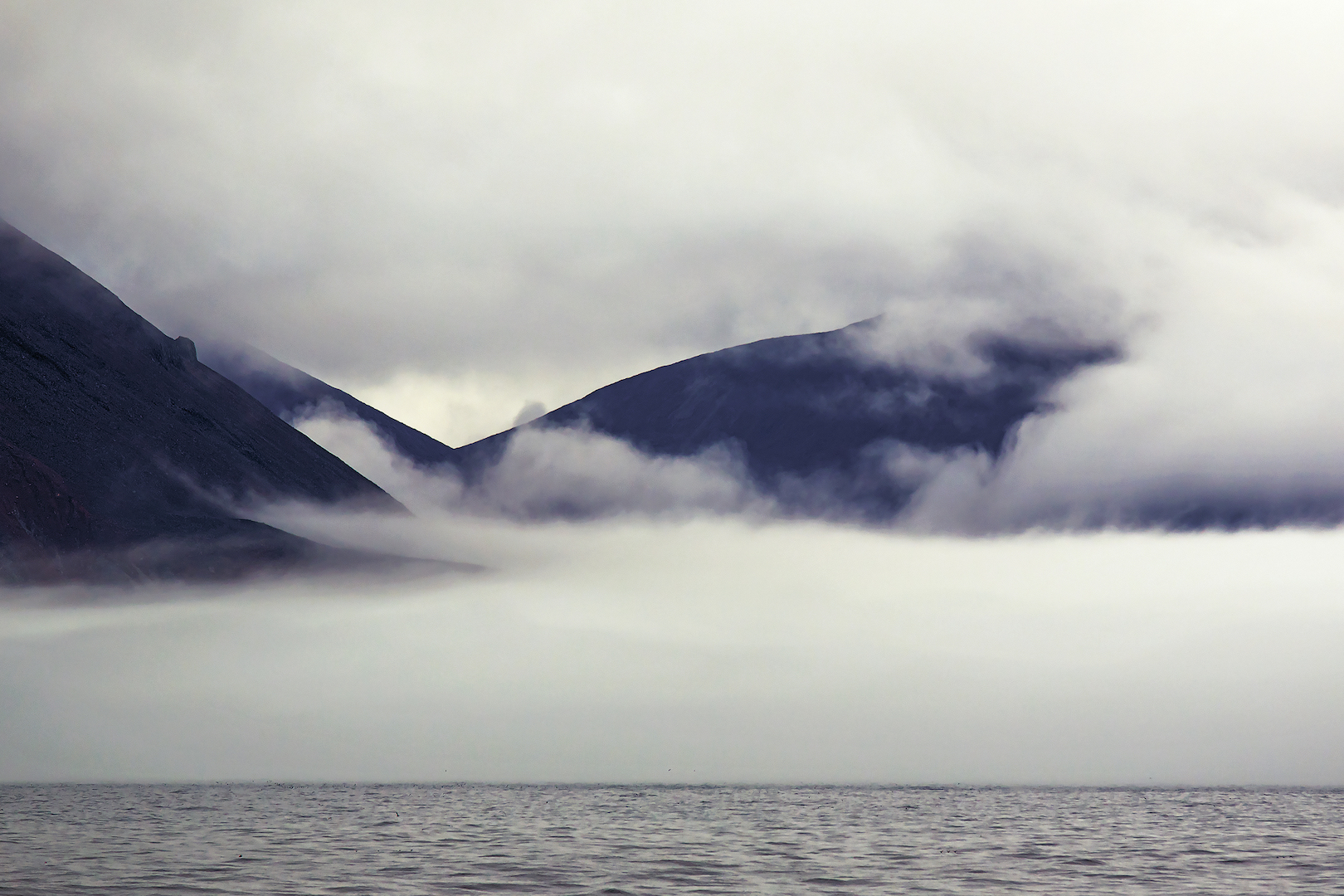 It is famous for its dramatic fjords, hot springs, traditional seal hunt in Senyavin Strait. Here, you can also find one of the most mysterious sites—the Whale Bone Alley. Archaeologists are struggling to unravel the mystery of this "Chukotka Stonehenge." Huge bones of bowhead whale are partially embedded into the ground. We can only guess at what it was created for. In the alley, there is a maze with a plate in the center; scientists assume that ancient people used it for some religious purposes. The legends, however, remain silent about it.

Let’s name the most interesting sea mammals that live in Beringia waters. First of all, there is the spotted seal. Its fur varies in color from dark grey to silver-white, with its characteristic dark spots. An adult seal can weigh up to 100 kg and be more than 2 m long. 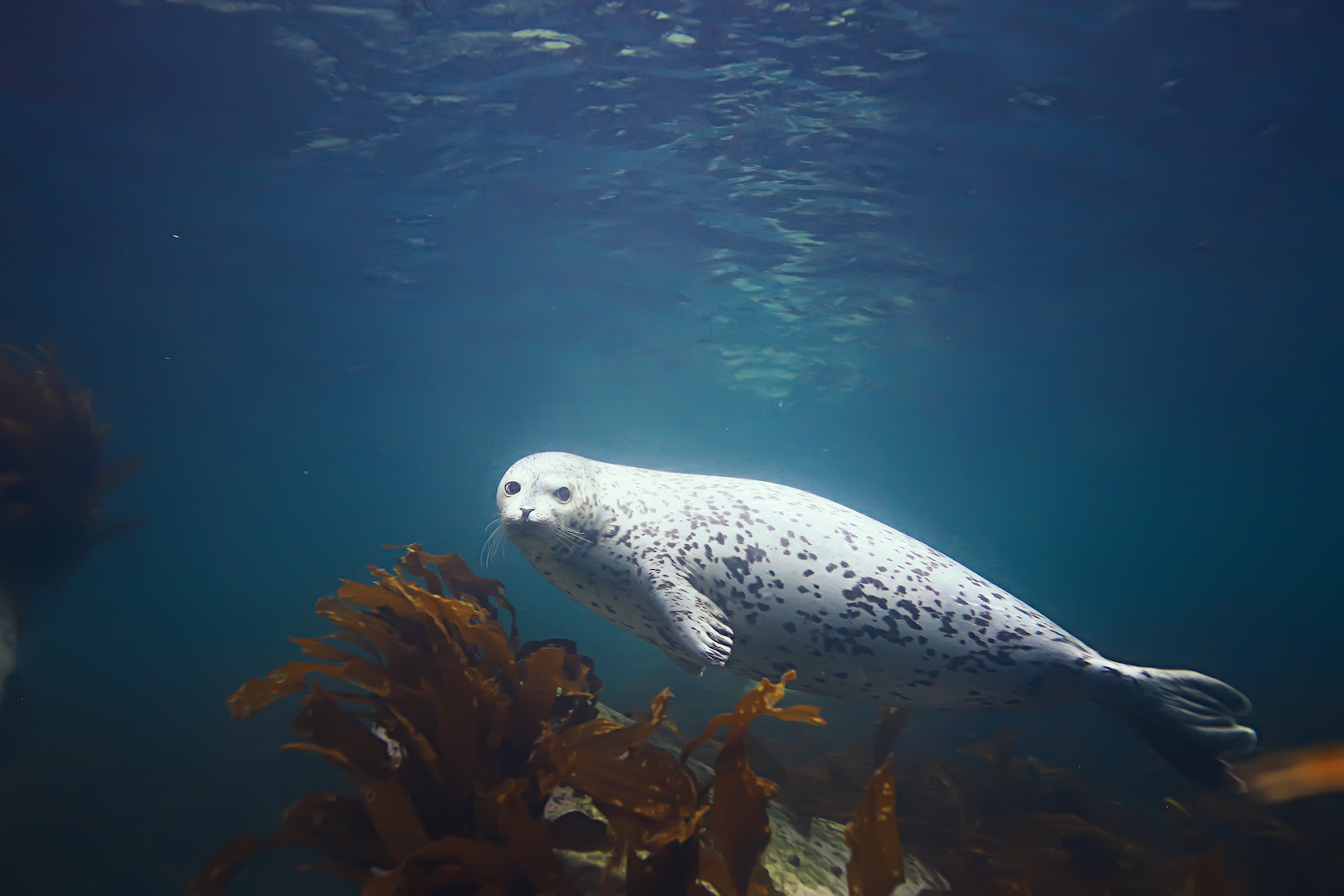 Another large mammal is the walrus. You can easily recognize them by their huge tusks. Adult males can reach 1,700 kg and 3.6 m.

The Steller sea lion is the largest species of the eared seals. They can grow up to 3 m long.

Finally, it is the whale that determined the whole history of the Chukotka land and native people. The cold waters are home to grey whale, bowhead whale, humpback whale, sei whale, etc. The largest are bowhead whales which can be up to 20 m long and weigh 100 tons.

Now, just like in times of old, Eskimo and Chukchi people hunt sea animals. In their villages, you can see with your own eyes how they chase and carve up these gigantic creatures.

The villages also host national festivals: the Feast of the Young Deer, Kilvey ("Feast of the Young Calf"), Feast of the Whale, Run of the Canoe. You can watch dog sledge or canoe races and national dances as well as listen to ancient songs. And of course, you will have the chance to taste national dishes and buy unique souvenirs, such as bone-carved figurines. 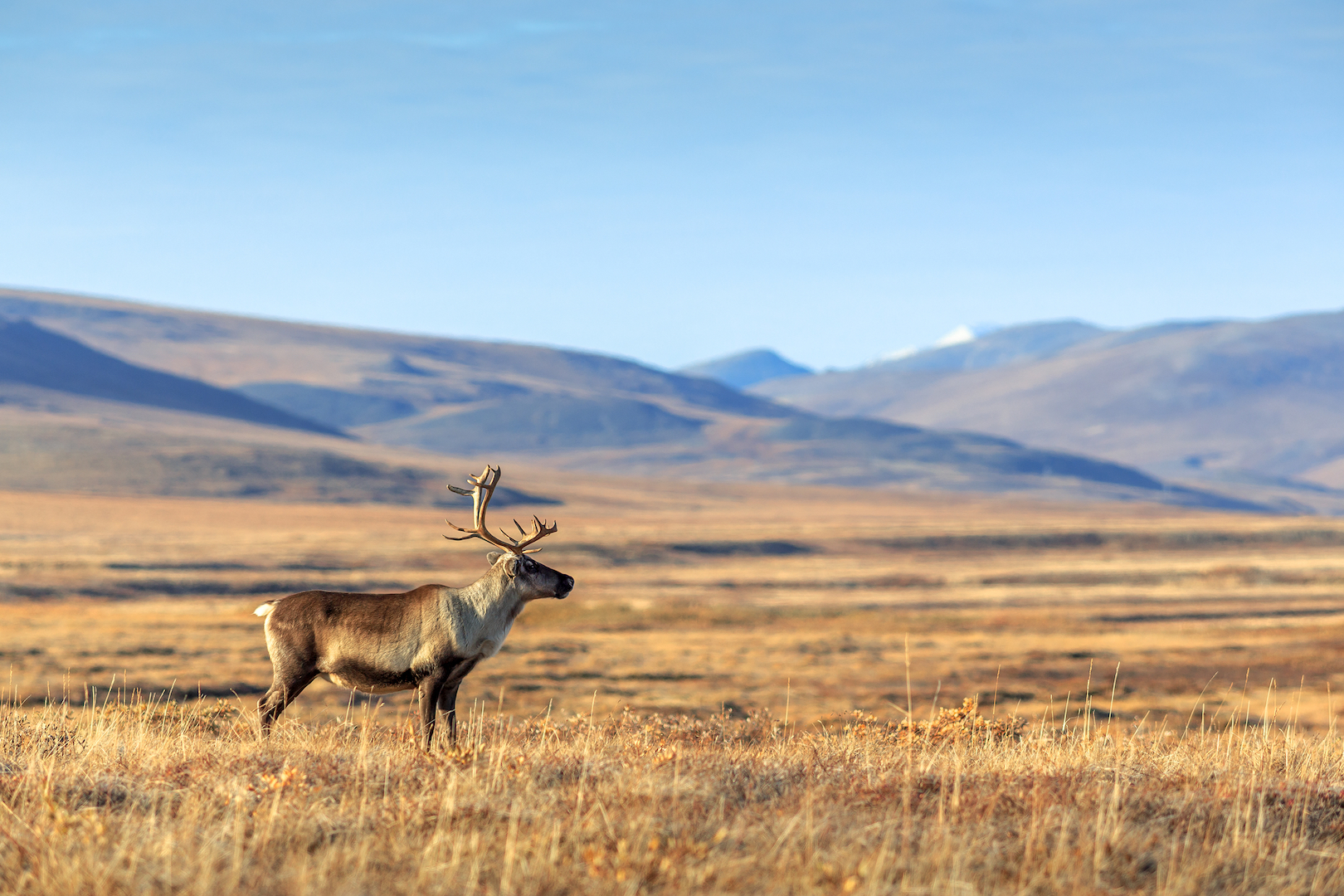 To reach the national park, you select Provideniya or Lavrentiya as starting bases; these can be reached by airplane from Anadyr (check the actual flight schedule at http://chukotavia.com). Furthermore, local tourism firms offer tours. Some sites can be visited during a sea cruise.

If you want to visit the specially protected areas of Beringia National Park, you will need a permit. You can apply for a permit here http://park-beringia.ru. 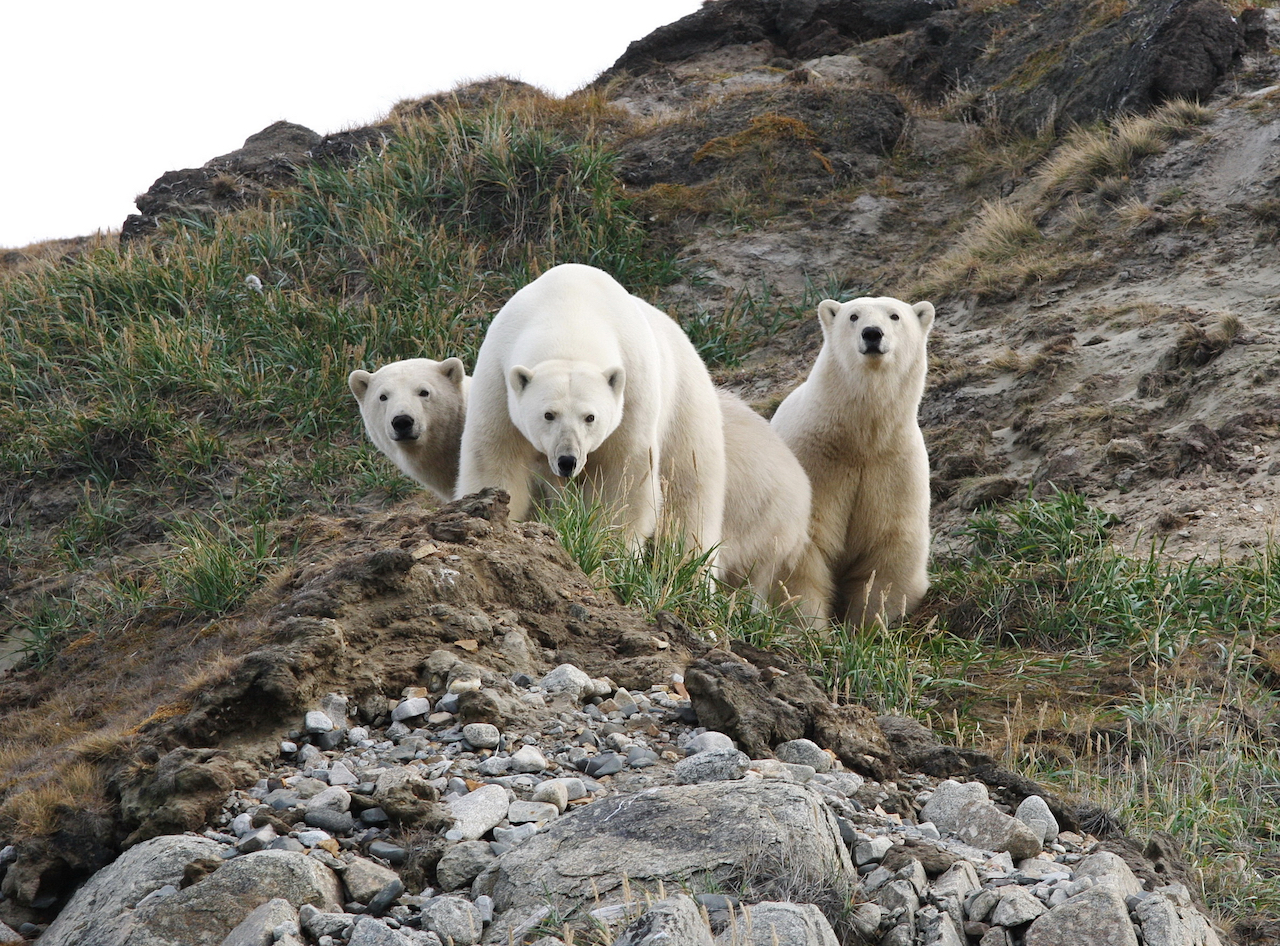