Village of Lavrentiya
The starting point for the study of eastern Chukotka
On the south coast of the Gulf of Lavrentiya is the village of the same name. The village is a traditional transfer point on the way from Anadyr to attractions in the east of Chukotka.

The village of Lavrentiya lies 600 km north-east of Anadyr. It owes its name to the famous navigator James Cook. In 1778, he named the bay on the eastern shore of the Bering Sea in honour of Saint Laurentius, who is considered the patron saint of travellers. The Chukchi name, Kytryn, means "dry shingle spit".

The easiest way to get to the village of Lavrentiya is by plane from Anadyr (the journey takes about two hours). Check the schedule and fares on the ChukotAvia website https://chukotavia.com/.

Also, during shipping season, the steam boat Kapitan Sotnikov goes from Anadyr to Lavrentiya. The voyage schedule is drawn up in time for the summer. You should be aware that the sea voyage takes around 36 hours.

Lavrentiya is an isolated and harsh place typical of the region. Residential buildings, as elsewhere in Chukotka, are painted in colourful shades of red and green, although they are not as bright as in Anadyr and Pevek. 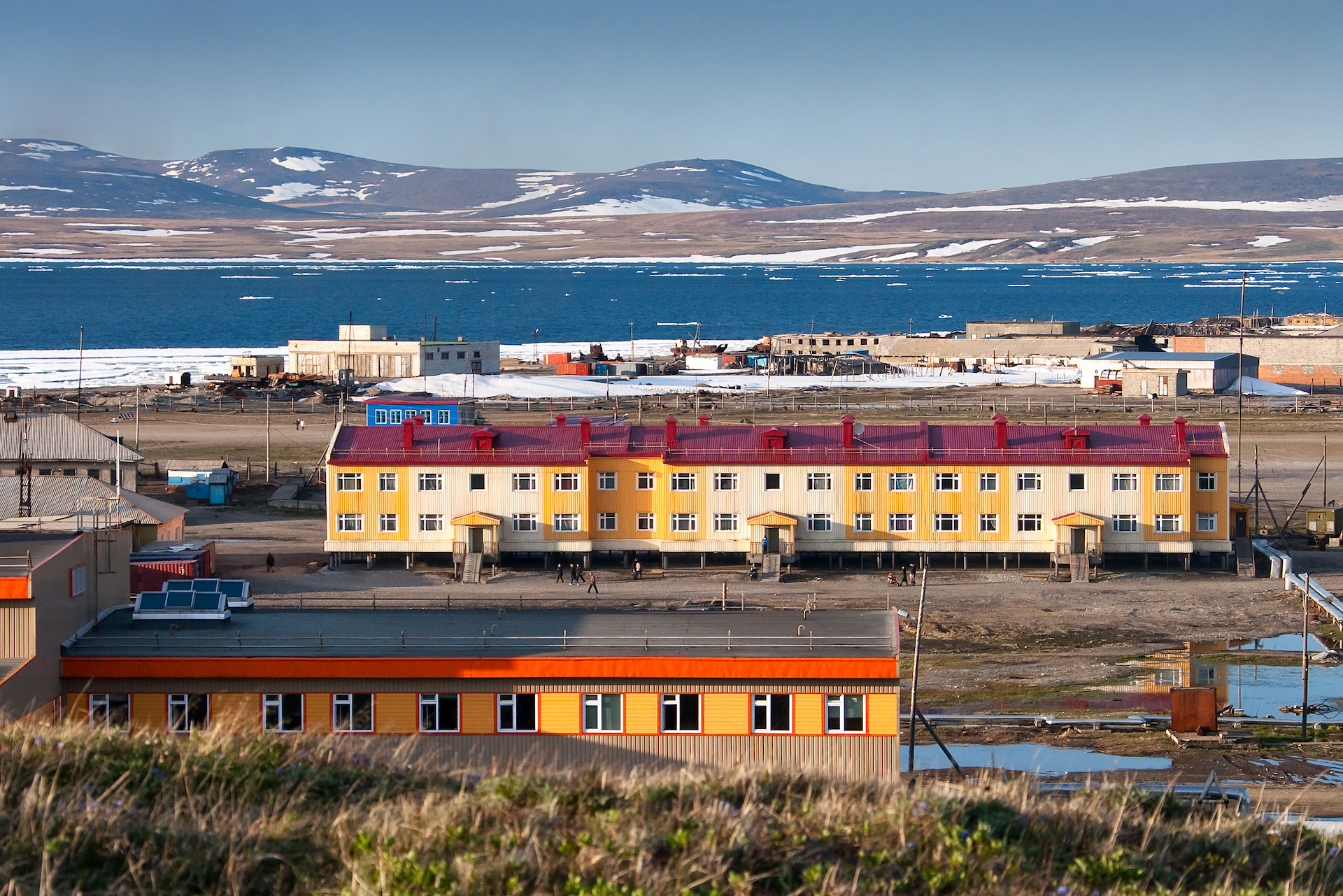 Sights in the village include the Lavrentiya Museum of Local Lore (address: 4a Dezhnev St., tel.: +7 (42736) 2-25-27). Those who visit will be able to learn all about the traditional lifestyles of the Chukchi and Eskimos: the collection contains hunting tools, tools for processing leather and fur, as well as snowshoes, models of sleds and canoes, etc. In addition, the exhibition contains artefacts showcasing national arts and crafts.

The village has a small wooden church of the Archangel Michael (Sovetskaya St., 9).

In the centre of the village there is an unusual monument depicting Peliken—a deity with a wide smile and a fat stomach.

Figures depicting this creature are popular with tourists. It is believed that Peliken brings wealth and fortune to its owner. And for this to happen, you just need to stroke it on the stomach in a clockwise direction. Figurines are cut out of both wood and bone. It is believed that this souvenir came to Chukotka from Alaska.

Some years, the Beringia Sea Hunters Festival takes place in Lavrentiya (the locations alternate: competitions can also be held in the villages of Lorino or Novoye Chaplino).

The culmination of the holiday is the traditional race on the Chukchi-Eskimo canoes. This is one of the most spectacular sporting events in Chukotka.

Also, sled dog races often pass through Lavrentiya. This refers to the traditional Nadezhda race—one of the most famous and longest in the world.

About 17 km south of Lavrentiya is the historical and cultural complex of Yandogay. The landmark consists of three groups of dwellings, all of which used whale bones in the construction. The complex includes the abandoned settlement of Akkani.

One kilometre away is the rocky cape of Kriguygun, which separates the Gulf of Lavrentiya and the Mechigmen Bay of the Bering Sea. The name of the cape translates from Chukchi as “dry fortress”. Around a thousand birds nest on the cape's rocks, including kittiwakes, guillemots, fulmars, pigeon guillemots, parakeet auklets and horned puffins.

In summer and autumn, walrus rookeries appear on the cape coast.

The Lorino hot springs are located 27 km away from Lavrentiya, and are the most accessible mineral springs in Chukotka. There are two bathing pools here, one with cool water, and the other with warm water.

About 40 km from Lavrentiya is perhaps one of the most well-known villages in Chukotka, Lorino. The village is noteworthy, firstly because it is a major whaling centre. Indigenous peoples of the North are permitted to hunt whales, and the village of Lorino has the largest quota for catching this gigantic animal. 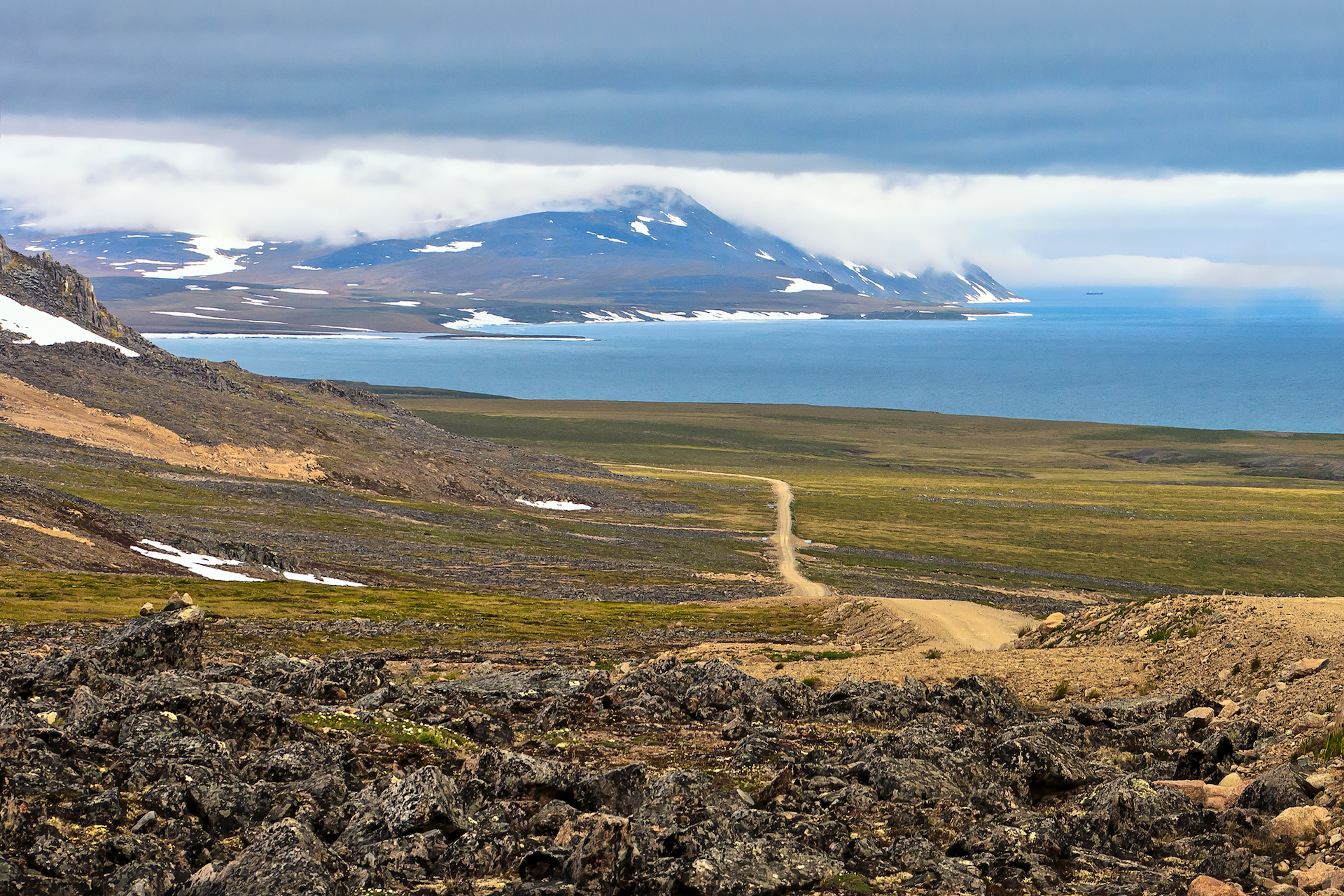