Markovo
Oasis amid permafrost: visiting the descendants of Cossack explorers
Markovo is the oldest Cossack settlement in Chukotka.

Markovo residents ('markovchane') pride themselves on being the descendants of the first Russian explorers of this land. It was near Markovo where in the 17th century the discoverers led by Semyon Dezhnev established Anadyrsk.

Anadyrsk became the first Russian settlement in the Far North. It was located at the crossing of trade routes of the indigenous people of Chukotka who travelled to Kamchatka and Alaska. Anadyrsk existed for around 1.5 centuries before being abolished.

For many years after the future Anadyr was established, Markovo remained the 'capital' of this area. It was home to offices of Russian and American trading companies, the local administration and a weather station.

During WWII, Markovo had an auxiliary airfield servicing the Alaska–Siberian air connection. The airfield was used for the landing of American combat and cargo aircraft heading to the front, after the planes crossed the Bering Strait.

Under 20% of the Markovo population is from Russia; the rest are indigenous communities of the North and long-term residents (3rd–4th generations living in Chukotka).

'Markovchane' appeared from three hundred years of coexistence of Russians and Chuvans, and later, Evens and Chukchi.

The locals sing centuries-old Russian national songs, believe in the spirits of the tundra, perform the pagan ritual of 'feeding' before they go fishing or hunting and at the same time remain Orthodox Christians.

Markovo is a blend of different cultures, traditions and customs. 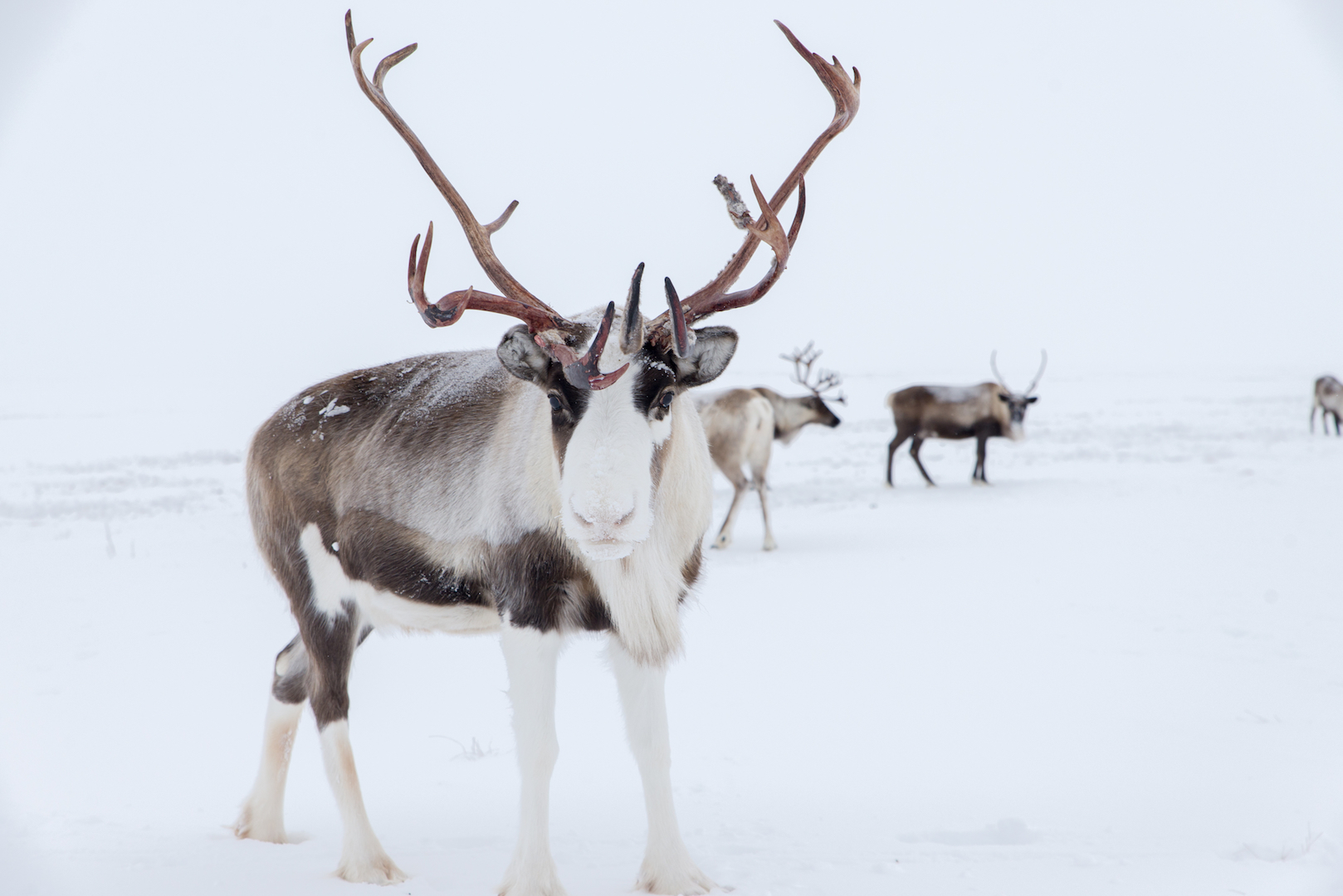 Those who came here to stay have adopted the local methods of hunting and fishing. Reindeer herding was an important part of their lives as well as breeding sled dogs because sled dog rides were once the main means of transport in the area. Markovchane were considered the best kayurs (reindeer/dog sled drivers) in Chukotka. They used to travel from Markovo to the Bering Strait, Kamchatka and Kolyma.

They lived in wooden houses with a fireplace, earth floors and a flat roof. They primarily wore Russian-style clothing. For the most part, their diet consisted of fish and venison, with roots for seasoning. Bread and pies were served on holidays. The main drinks were tea and homemade spirit.

Markovo now has its own museum of local history. It features collections of ancient and old arms and equipment, household items and clothes. The settlement has an Orthodox church honouring Nicholas the Wonderworker.

Markovo is located in a picturesque forest area.

The surroundings are quite unique: this land is untouched by permafrost. That's why here you will find forests with huge trees of impressive girth.

Markovo is a true oasis amid the permafrost of Chukotka.

Average summer temperature is +20 °C with an occasional +30 °C—warm enough to wear a short-sleeve shirt. That said, no one dares to do so: Markovo is known not only for its potatoes and cabbage grown on open ground (unheard of in Chukotka) but also for its oversized mosquitoes and flies, plentiful because of the big river nearby.

The truth is that Markovo has just as many mosquitoes as other parts of mainland Chukotka, but for some reason it is the Markovo insects that have inspired the intimidating tales.

Markovo does have a lot of tales and legends. One of them talks about a treasure buried by the last residents of Anadyrsk.

Air travel is available in the area. You can get to Markovo from Anadyr by plane or helicopter. In addition, there are flights to Markovo from Vayegi, Lamutskoye, Chuvanskoye and Okruzhnoy. For flight options, fares and baggage allowance, go to ChukotAVIA at http://chukotavia.com/.

The Yary shipping terminal is located near the settlement of Markovo.

One of the most exciting trip opportunities in Chukotka is going on a cruise from Anadyr to Markovo.

The Anadyr River is Chukotka's benefactress, main waterway and the most populated place in the area.

A trip like this is a chance to get to know the region, its culture, history and local customs. Cruise highlights: 600 km one way, three terrestrial ecosystems and four settlements including Krasneno, the smallest rural locality in Chukotka. A relaxing trip can be combined with fishing or hunting.

The Anadyr district is a dream come true for hunters and fishermen. Summer season offers brown bear, moose, wolverine and wild reindeer hunting. In winter, visitors get on snowmobiles in search of the stealthiest predator in Chukotka—the tundra wolf. 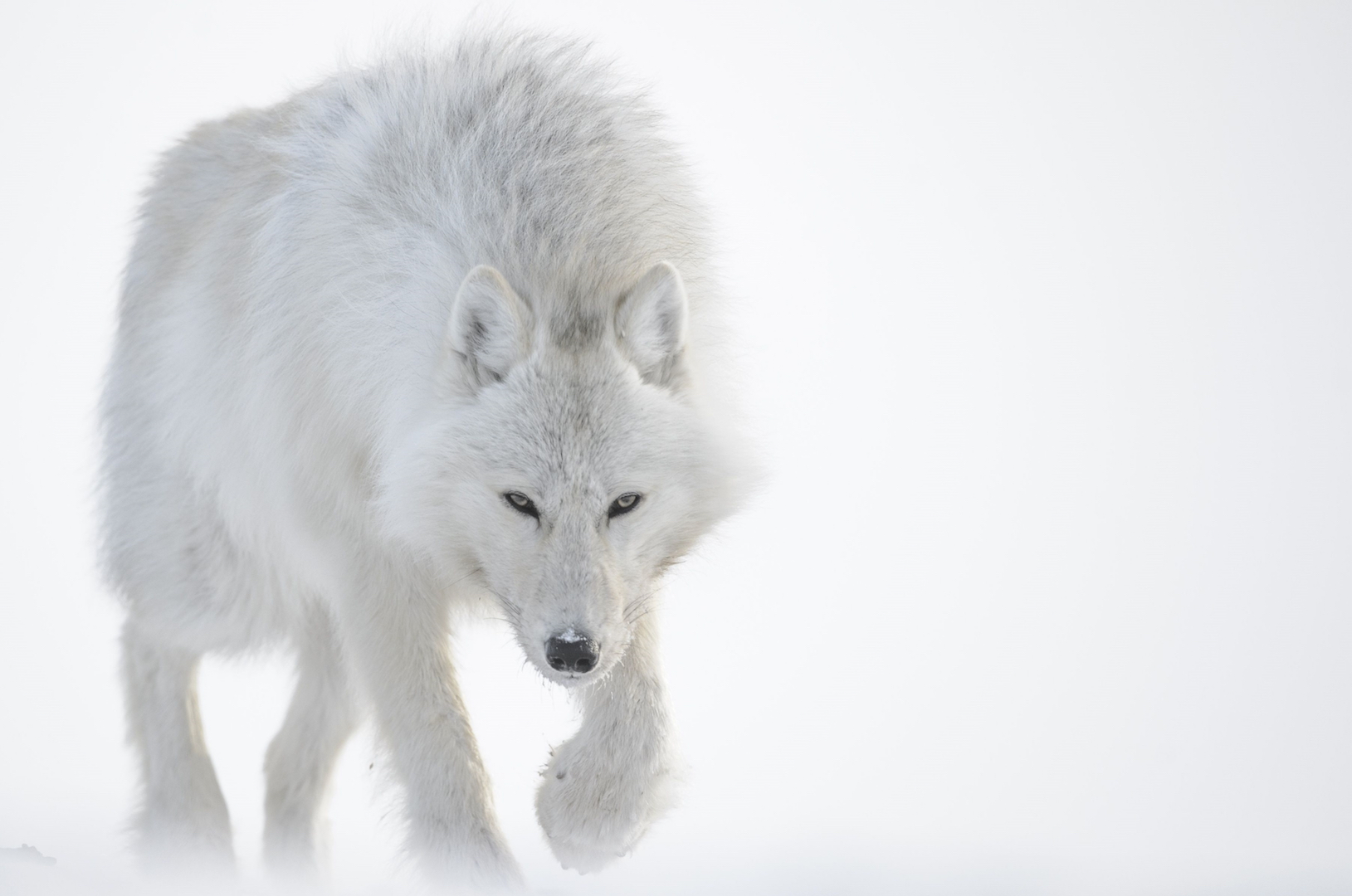 Fishing opportunities are just as amazing. There are 27 fish species in the Anadyr, the most precious trophy being the 25-kilo pike.

Just like hundreds of years ago, people living near the Anadyr river are engaged in chum salmon fishing.

'We have the most delicious caviar', insist the markovchane. 'Yours, from the Anadyr river, are small and immature, whereas ours are simply perfect'. The only place with caviar superior to that of Markovo is Lamutskoye, or so its residents say. Lamutskoye is the uppermost settlement on the Anadyr.

In this area, Chukotka's main river is fast, rolling and has an emerald tint. This colour comes from the reflections of cottonwood and larches growing on its banks.

During the winter, travellers can get to Markovo using land transport such as tractors or ATVs. 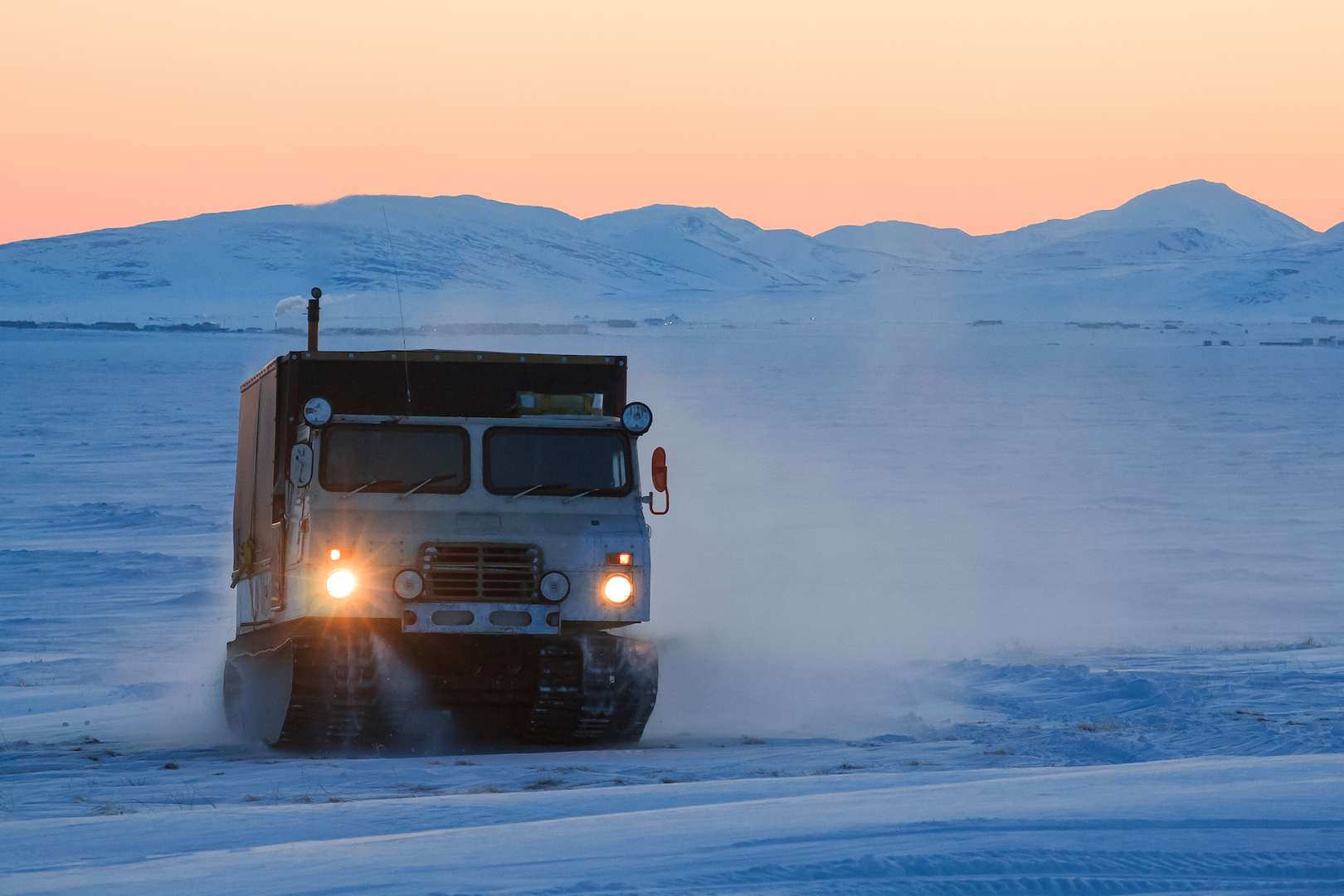